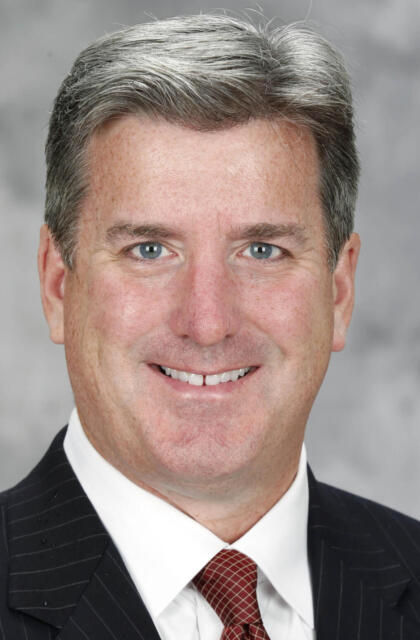 Ed Conroy joined the Vanderbilt men’s basketball staff in April 2021 and is in his first season as an associate head coach with the Commodores in 2021-22. He has made an immediate impact for the Commodores, helping lead the team to its first winning record since the 2016-17 season.

Conroy, who brought 30 years of college coaching experience West End, was most recently an associate head coach at the University of Minnesota. In five seasons with the Maroon and Gold, Conroy guided the Gophers front court to three straight seasons with the conference’s leading rebounders in Jordan Murphy (2018, 2019) and Daniel Oturu (2020). The former left with the second-highest rebound total in Big Ten history, while Oturu earned the first Minnesota nod to an All-America team in 21 years. Conroy, who was promoted to associate head coach in April 2020, helped lead Minnesota to two NCAA Tournament teams.

Conroy spent six seasons as head coach at Tulane. While there, he led the Green Wave to two postseason berths and a 20-win season—their first in 13 years—while directing the program through a transition from Conference USA to the American Athletic Conference. The back-to-back postseason appearances for the Green Wave were the first since 1996-97, a span of 18 years.

During Conroy’s tenure, Tulane marked a number of signature victories, including the first win over Memphis since 1992 and first over Cincinnati since 1991. Conroy led the Green Wave to the AAC semifinals, the first Tulane team to win two conference tourney games since 1983. He guided Green Wave players to seven all-conference honors, including 2012 C-USA Freshman of the Year Ricky Tarrant.

Prior to arriving in New Orleans, Conroy was the head coach for four seasons at his alma mater, The Citadel. Named the 2008-09 Southern Conference Coach of the Year and Skip Prosser Man of the Year, Conroy led the Bulldogs that season to a 20-13 record and postseason berth in the CIT, finishing runner-up to future NBA All-Star Stephen Curry and his Davidson Wildcats. It was the school’s first 20-win campaign in 30 years and second in program history.

The Davenport, Iowa, native has served as an assistant coach at seven different schools throughout his career. Prior to landing the head job at The Citadel, he spent one season as an assistant at Coastal Carolina, following stints at Tennessee (2003-05) and Tulsa (2000-01).

A four-year letterwinner for the Bulldogs from 1985-89, Conroy still ranks among the all-time top 10 at The Citadel in career free throw percentage (.815) and career 3-point percentage (.395). A three-year starter, he served as team captain as a senior and held the rank of Lt. Colonel in the Corps of Cadets, the highest rank achieved by a basketball player in the modern era at The Citadel.

Conroy, who has made four trips overseas to the Middle East as part of Operation Hardwood, and his wife Ginny have three children: daughter, Hannah, and sons Riley and Hunt, the latter a rising senior on the Gopher basketball team. His son Riley is on staff at Southeastern Louisiana, while Conroy’s brother, Duffy Conroy, is an assistant basketball coach at Louisiana Tech.