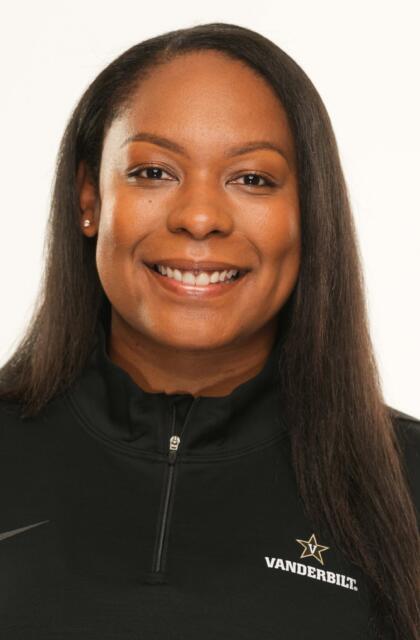 Ashley Earley returned to West End for her second stint as an assistant coach with the Commodores in April 2021; 2022-23 will be her second season on current head coach Shea Ralph’s staff.

A member of Vanderbilt’s 1,000-point club as a student-athlete from 2001-05, Earley returns to the program after being on the Vandy bench from 2013-16. With a track record of success in Memorial Gymnasium as a student-athlete and a coach, Earley coached Vanderbilt to the NCAA Tournament in 2014 while working hard on the recruiting front to bring in a pair of top-20 classes, including the nation’s sixth-best unit and the top class in the SEC in 2016.

During her time with the program as a coach, Earley also tutored Vanderbilt’s 2014-15 frontcourt to ranking as one of the most efficient in the nation. At season’s end, four players connected on better than 50 percent from the field while the team ranked 10th nationally at 45.4 percent.

An All-America, all-region and first team All-SEC honoree while a candidate for both the Naismith Trophy and the Wooden Award after the 2004-05 season, she closed her career leading Vandy in points, rebounds and steals for the season while shooting 64 percent from the floor. To this day, Earley is fifth in career field goal percentage (57.8) and eighth in single-season rebounds (300 in 2004-05) while ranking third for total games played (135). Along the way, she helped the Commodores to a pair of Sweet 16 appearances and the Elite Eight in 2002.

After her career at Vanderbilt, Earley was drafted by the Indiana Fever in the 2005 WNBA Draft and played professionally overseas for Maccabi Tel Kabir in the Safsal Israeli League.