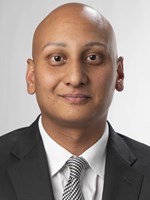 Now in is his third season as an assistant coach in 2021-22, Adam Mazarei joined Jerry Stackhouse’s Vanderbilt basketball staff in April of 2019 after spending six seasons with the Memphis Grizzlies—three as an assistant coach and three as a player development assistant while providing support for advance and pro personnel scouting.

Mazarei oversees team skill development and assists with scouting opponents, practice planning, player development, recruiting, and academics in his role with the Commodores.

Mazarei has made an immediate impact in Nashville. In his first season, sophomore guard Aaron Nesmith, who led the nation in made 3s prior to his injury, and junior guard Saben Lee, who bounced onto the national scene with three 30-point games and an All-SEC selection, were both selected in the 2020 NBA Draft. Nesmith was a lottery pick at 14th overall (Celtics) and Lee was 37th overall (Pistons).

Most recently, under Mazarei, Scotty Pippen Jr. earned first-team All-SEC accolades as he set the school scoring record for a sophomore and finished second in the SEC with 20.8 points per game in 2020-21. Pippen was also second in the SEC in assists and steals, and matched or upped his career-high point total six different times.

During Mazarei’s time in the NBA, the Grizzlies made the playoffs in four of his six seasons, including 55 wins in 2014-15 en route to the second round of the playoffs before falling to the eventual champion Golden State Warriors.

Mazarei quickly worked his way up the ranks in Memphis from player development coach to advanced scout to NBA personnel scout all while maintaining his player development duties. As a personnel scout he worked closely with the front office, which included NBA executive Ed Stefanski, to identify potential free agents and prepare new signees in their transition to the team.

Mazarei was then promoted to assistant coach where he was responsible for the Grizzlies guards and young talent, including Michael Conley, Andrew Harrison, and Dillon Brooks. His tenure in Memphis also included work with Tony Allen, who earned NBA first-team all-defense honors as well as James Johnson, JaMychal Green, Ed Davis and Nick Calathes.

Before joining the Grizzlies, Mazarei worked three years (2010-13) at Moorpark College (Calif.) as an assistant and associate head coach, tasked with assisting and organizing all of scouting, recruiting, practice and game plans as well as player development duties. In addition to his responsibilities at Moorpark College, Mazarei also served as a player development coach at the IMPACT Basketball Academy in Las Vegas from 2009-13 where he prepared pre-draftees for the NBA combine and team workouts, including Terrence Ross (Washington), Jamaal Franklin (San Diego State), Phil Pressey (Missouri), Kelly Olynyk (Gonzaga) and Tony Wroten (Washington).

Mazarei holds a master’s degree in athletic administration and coaching from Concordia as well as bachelor’s degree in psychology from the University of Redlands, where he played point guard and led the SCIAC Conference in assists per game as a senior and paced the NCAA in assist-to-turnover ratio (5:1) as a senior.