Bulanova Finishes as One of the Best

Dore senior going out on top

The summer before first grade, Borzova put Bulanova into a Moscow theatre studio where little tykes learned the rudiments of acting, stretching and dance. They put on a few plays. The young daughter didn’t enjoy it and after a year or so, she wanted out.

“Mom dragged me there,” Bulanova recalled. “She didn’t know what to do with me and then one day one of my friend’s mothers from the theatre told her about a bowling camp. You could bring your kid to the alley before work and pick them up after work.”

That idea had possibilities.

The camp provided lunch and dinner along with some outside activities in addition to being located in one of the city’s best bowling centers with the best instructors. They gave it a whirl and by the end of the summer, Bulanova, 7, had won her age group at a mini tournament.

A star was born.

Fifteen years later, Bulanova (pronounced BUH-lan-a-va) has completed a glorious collegiate career at Vanderbilt University as one of the most decorated bowlers in NCAA history. She is a three-time first-team All-American, two-time Southland Bowling League Player of the Year and the 2019 NCAA Player of the Year.

She also helped Vanderbilt win a national championship in 2018. 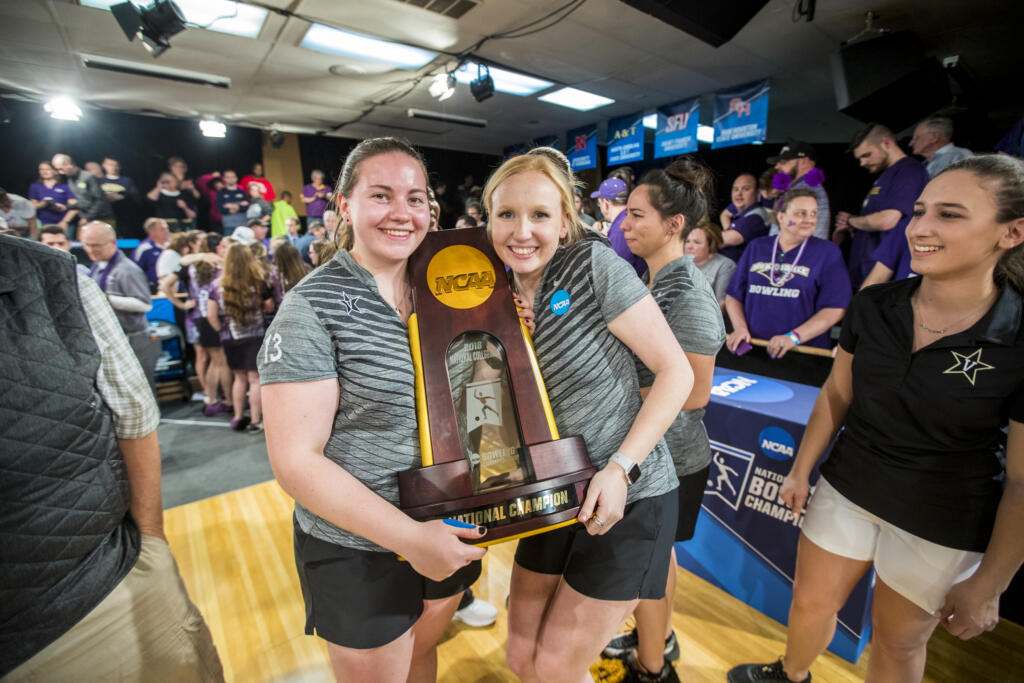 In between the bowling camp and American collegiate glory, there were the teenage years in which Bulanova became the youngest Russian to win a gold medal at a major European tournament, crushing the record books in the process. Despite her prominent stature on the Russian Junior National Team, Bulanova looked forward to something more in her life.

“I wanted to leave (Russia),” she recalled. “I was actually looking at universities in Denmark and Sweden before universities in the States began recruiting me. I had been successful at home but wanted something new.

“In Sweden and Denmark they have leagues and matches. I could study there and join these leagues – there were club teams for any age.”

After an appearance at the World Cup in Las Vegas, Bulanova began being heavily recruited by NCAA programs. Max Bulanov, Bulanova’s father, was very much in favor of her coming to the United States to study. He had briefly attended a community college in Alabama to study English so the idea of watching his daughter doing something similar seemed feasible.

“My dad was once a tour guide in Moscow for a group of American journalists,” Bulanova said, “and he really likes to talk. They liked him and invited him to come to the U.S.  He stayed at one of the journalist’s houses in Alabama and knew minimal English until he got there.”

“Mom knew it would be good for me to leave but she also didn’t want me to leave – she’s a mom,” Bulanova said.

The Bulanovs ultimately chose Vanderbilt. Bulanova was well prepared to make the adjustment but there were certain things about American ways that tripped her up on occasion.

“I knew English but I didn’t know the American sayings,” she admitted.

Vanderbilt head coach John Williamson remembers how he had to be certain Bulanova understood what a comment actually meant as opposed to what the individual words might indicate. There were some memorable – and laughable – early misunderstandings.

“I was OK in my conversations,” Bulanova said, “but I didn’t understand the idioms – I know that term because we use it in Russia. You can’t learn them until you get here. Because of that I remember not talking unless someone else spoke first. Once I got comfortable and understood the idioms it was easier.” 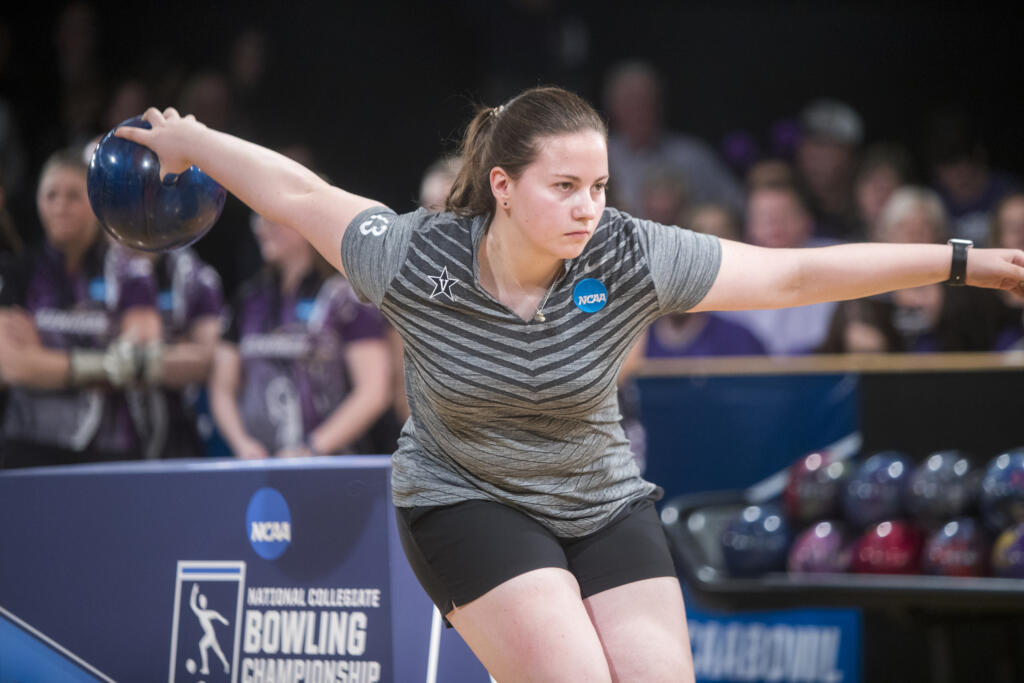 When she first got to campus, the single child gained her first ever roommate. She joined a group of teammates that included Kristin Quah, Adel Wahner and Lauren Potechin that enjoyed doing jigsaw puzzles. The adjustment to food was relatively easy.

Bulanova has come to like life in America, enough so that she hopes to land a job here after graduation. As someone fluent in both Russian and English, her prospects would appear outstanding in due time.

She knows both nations.

“I think Americans might think Russians are grumpy or even scary,” Bulanova said. “It’s not true. It’s just a different way of communicating. In Russia you just nod, that’s normal. Here Americans might think that’s rude, that if someone is not smiling back they are not friendly. In Russia there’s a saying that if you smile without a reason you are an idiot.”

Bulanova thinks Americans are more easy-going and said that she has become less uptight over the past four years.

“I used to get to the bowling alley and worry all day about a class assignment that was due,” she remembered. “Now I get there and know there’s nothing I can do about it until I leave so I don’t worry.”

“In Russia if you are not paying attention all the time you are more likely to get tricked,” she explained. “Here if I dropped my wallet on campus someone is likely to return it. So I’ve relaxed a bit.”

Bulanova looks at her life and knows she is fortunate.

“I have been in the right place at the right time,” she stated. “My friend found the bowling camp, those good coaches were there, I happened to be on Russia’s national team when it went to the World Cup and the Vanderbilt coach happened to see me bowl there.” 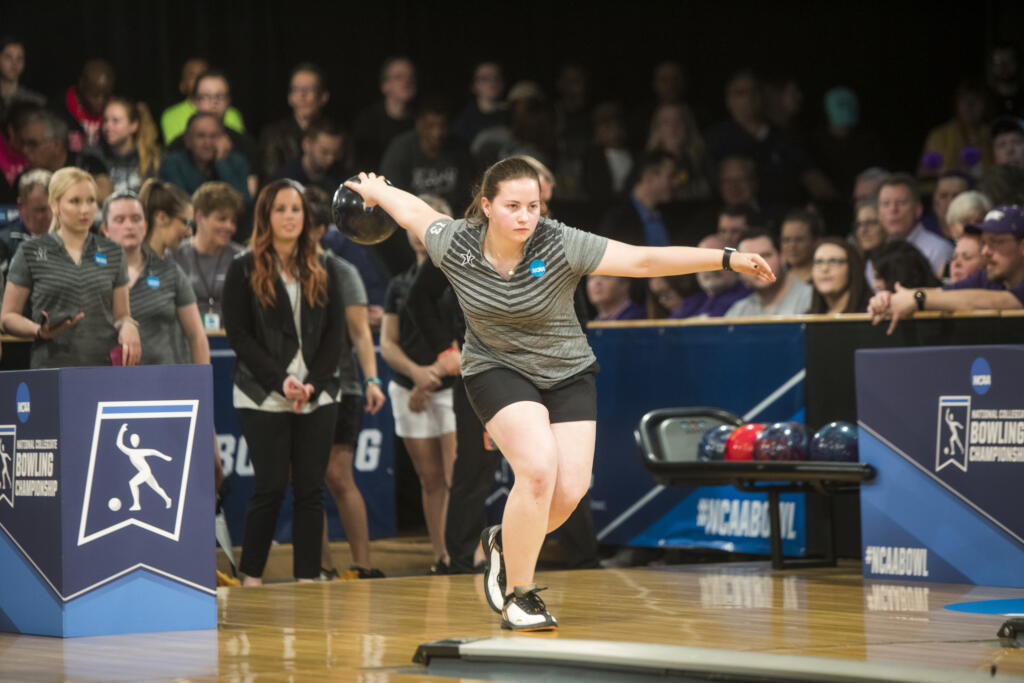