Fall Break Over: Coach John Williamson says he’s less concerned about his team coming off Vanderbilt’s week of fall break than he is of the upcoming semester exams, which tend to distract Vanderbilt students from most other activities. The Commodores had just two practices before jetting off to Texas Thursday. 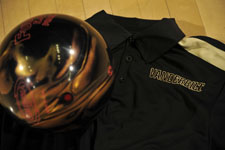 Faster Fridays: Williamson wants his team to get off to faster starts on Friday than has been the early season trend; the storyline has been getting into a modest hole and needing a big Saturday to make the championship bracket. To that end, the team’s Thursday practice in Huntsville will be important as it focuses intently on ball selection, lane patterns and the needed game plan.

Watch on Bowl.com: Fans looking to follow the Commodores this weekend may do so via Bowl.com. The website will stream action from throughout the event. Because Bowl.com is covering the event, Vanderbilt’s USTREAM channel will not be active this weekend.

Last Year in Texas: The Commodores made the title bracket but dropped the seventh game to Nebraska before rebounding with wins over Stephen F. Austin and the same Cornhuskers to finish third.

Break in Schedule: After this event, the `Dores are off until Jan. 11 when they reopen their schedule at Arkansas State’s Mid-Winter Classic.