NASHVILLE, Tenn. — Vanderbilt head cross country coach Steve Keith understands how one might think the sport of running would be largely unaffected by the COVID-19 pandemic.

But despite the individualistic nature of cross country, Keith believes his Commodores generally miss the thrill of competition and are yearning to return to the course.

“They’ve had more than enough time to prepare – and actually too much time,” Keith said. “We’ll just have to get out and see what happens. I know they’re super-excited .”

Both Vanderbilt’s men’s and women’s cross country teams will return to the trail at 8 a.m. Saturday at Percy Warner Park. It will be the program’s first competitive event since Feb. 29.

The Commodore Classic will include Vandy, Alabama, Auburn, Kentucky, Missouri and Tennessee. It will not include spectators of any kind.

“I got to give Vanderbilt Sports Medicine and (Vanderbilt athletic trainer) Meg Camery a lot of credit for coming up with a really good plan that met all the requirements,” Keith said. “We’re going to do it right so hopefully it will set the bar.” 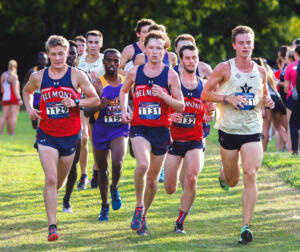 Led by junior Nicholas Laning, the Vandy men’s team has aspirations to build off its 2019 success. The Dores finished 10th at the SEC Championships – but were 20 points from being among the top eight – and Laning became the first Vanderbilt man named All-SEC in 53 years.

“The guys have four or five upperclassmen back that are really motivated to capitalize on the success they had last year,” Keith said. “They’ve got a better group (in 2020) so they can set some high sights there.”

After Saturday’s meet, both Vanderbilt teams are scheduled to travel to the Gans Creek Classic in Columbia, Missouri. The 2020 SEC Championships are scheduled for Oct. 30 in Baton Rouge, Louisiana.

And wherever the Commodores are running, they’ll just be happy to finally do so alongside their teammates. 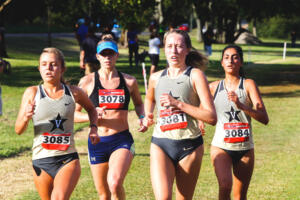 “I think they’ve managed it well,” Keith said. “In one respect you think, ‘Oh we got all this time,’ but missing a competitive season is something where you just need to get back in and get your feet wet and get back into the routine.

“They’ve gotten their miles in. Some of the guys have run 80-100 mile weeks. When you run that much a week, you really don’t have much time to do anything else other than eat and sleep or take part in your summer internship. They’re staying pretty much to themselves. They’ve stayed pretty safe.”