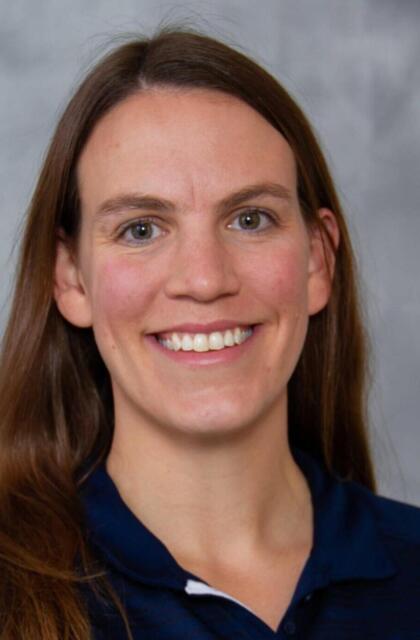 Mary Angell is in her first season as the director of operations for cross country and track and field in 2021-22.

Angell’s main responsibilities include team travel and logistics and oversight of all home competitions in addition to serving as the team liaison to compliance, academics and development.

Angell brings operations experience from two different Universities and came to Vanderbilt after four years at UC San Diego where she was an athletics eligibility and scholar-athlete development advisor. While serving as the academic advisor for 12 varsity programs, she was also on the Integrity Advisory Council and in the Assessment and Evaluation Leadership Workgroup.

As a student-athlete at Kentucky, Angell was an NCAA qualifier in the discus. She earned multiple academic honors from the USTFCCCA, SEC and CoSIDA and made the finals of the Olympic Trials in 2012. Angell was also a college teammate with current associate head coach Ashley Kovacs.

Angell earned her bachelor’s degree in kinesiology from Kentucky in 2012 and earned a master of education in postsecondary administration and student affairs at USC in 2016.