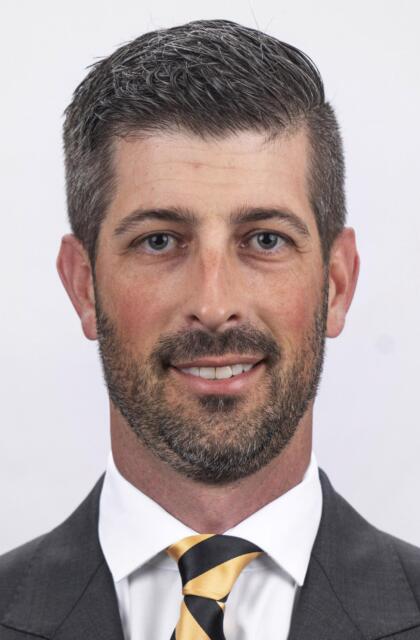 The 2020 season is the seventh for Jason Grooms as an administrator with the Vanderbilt football program. Grooms is serving his fourth season at assistant athletics director for football.

Grooms was hired in 2014 as director of football operations.

Grooms oversees all facets of the Vanderbilt operations program, from the day-to-day operations to responsibilities including budget control, team travel, player development, office organization including staff and personnel coordination and the Gridiron Club.

Grooms has managed Vanderbilt’s future scheduling . Grooms has been active with several additional projects at Vanderbilt. He oversaw a complete remodel of the football facilities with the additions of all new graphics in every area of the football complex, developed the player lounge and recruiting display room, helped produce a stadium facelift consisting of graphics and bowl recognitions, assisted in the creation of a player development department and summer internship program that now includes student-athletes from all Vanderbilt sports, introduced several new technologies such as iPad playbooks, Catapult testing and Teamworks communication programs, contributed on a weight room redesign, created the Vanderbilt Alumni Golf Outing held at the end of spring drills, and started the Rising Star Youth Football camp for Nashville area youth.

Grooms has been an active member of the American Football Coaches Association (AFCA) since 2001. He served as president of the AFCA’s Director of Football Operations group in 2017, in a year where the group’s yearly agenda was diversity and inclusion in college football. He has been a trustee for the organization as of 2018.

In 2013, Grooms was named FootballScoop.com’s 2013 Director of Football Operations of the Year for his contributions at Ohio.

Grooms was promoted to Ohio’s assistant athletic director for football operations prior to the 2011 season after serving six years as the Bobcats’ director of operations. During his time at Ohio, Grooms oversaw six major facility renovation projects. He also established a fundraising plan and designed an extensive locker room renovation completed in 2015.

Grooms began his career at Ohio as a student assistant from 1997-2001. After earning his degree, Grooms joined Ohio coach Jim Grobe at Wake Forest as a graduate assistant, working with Wake Forest safeties in 2001 and linebackers in 2002.

A native of Frankfort, Ohio, Grooms and his wife, Emily, are the parents of two sons, Jackson and Hayden, and a daughter, Scarlett Josephine.