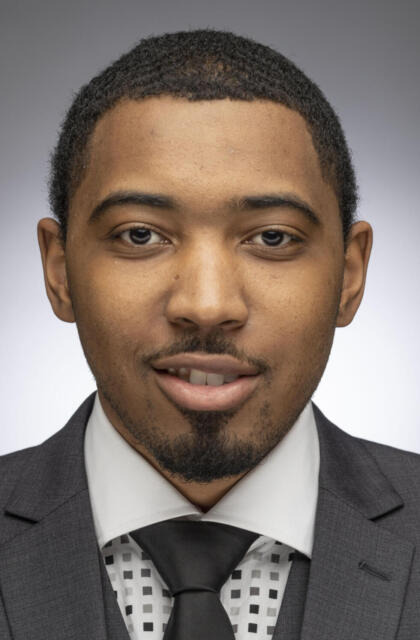 The 2022-23 season marks the third for Jalen Jones as the assistant director of operations for Vanderbilt men’s basketball.

In his role, Jones oversees items relating to campus recruiting, compliance and office logistics, and provides support for the program’s nutrition, equipment and facility needs. He also assists with the program’s health and safety measures as well as practice and game day management.

Jones, who was a graduate assistant at Vanderbilt in 2019-20, has served as a coach, trainer, and video coordinator for Stackhouse Elite Adidas Grassroots program, and also worked at camps for the Garner Road YMCA and Triple Threat Association.

Outside of the gym, Jones has experience building marketing strategies for athlete brands as a co-founder of the Sideline Stories Entertainment Media Company. He developed a media platform and partnered with ESPN and Media Mangy to create exclusive content. In addition, he worked with Excel Sports Management in 2016 where he identified potential companies to brand and market each athlete’s distinct qualities, and contributed to the preparation for the 2016 NBA Draft.

Jones played on two of the winningest teams in program history at Howard University. He finished his career with the most wins by a Bison player in 30 years, and was team captain of the first team to make postseason play since 1992.