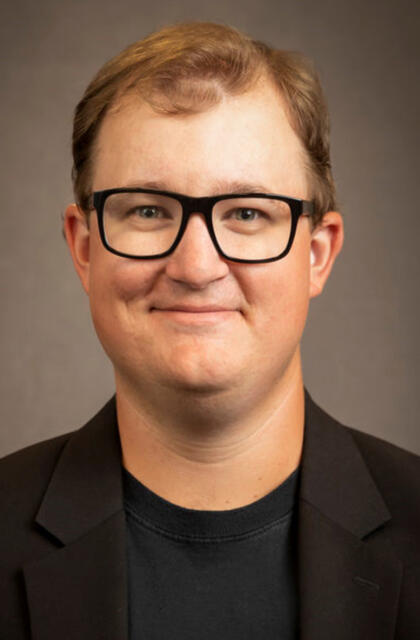 Clark Hubbard is an American percussionist, composer, artist, and educator whose work draws from his backgrounds in classical, contemporary, jazz, minimalist, rock, and art-pop music. A frequent collaborator and advocate for new music, Hubbard has been involved in over a dozen premieres of new works and has performed across the globe from Colombia to Denmark.

As a composer, Hubbard has been commissioned to create works for chamber groups and soloists and has released a handful of electronic music albums. As an artist, Hubbard designs logos, concert posters, album covers, social media graphics, presentations, and videos for ensembles and organizations.

Originally from Ohio, Hubbard received his degree in music in performance from Vanderbilt’s Blair School of Music where he was also a Spirit of Gold member. He graduated from Michigan’s School of Music, Theatre, and Dance with master’s degrees in music performance and chamber music. While at Michigan, Hubbard was a graduate student instructor with the Michigan Marching Band.