Redshirt freshman Hannah Jumper earned First Team All-SEC honors and All-Freshman honors after finishing seventh with a time of 20:41.72. Jumper was the top rookie finisher in the race and finished in the top-seven of all three races she ran in this season at Percy Warner Park.

Right behind Jumper was senior Kristen Findley, who placed eighth and earned a spot on the All-SEC Second Team. Findley finished in 20:43.23, almost 30 seconds better than her Commodore Classic time from September. 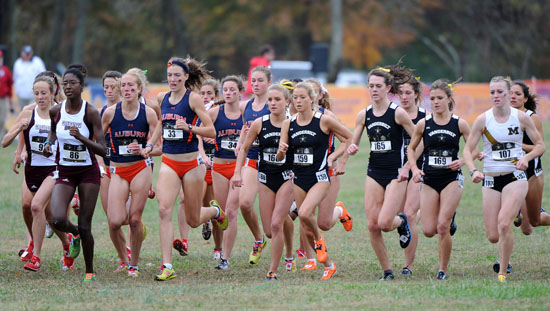 The trio had Vanderbilt in a position to contend, but the Commodores struggled to score low with their fourth and fifth runners with senior Kristen Smith missing the race due to illness.

A pair of seniors rounded out the scoring for Vanderbilt. Jordan White was Vanderbilt’s next finisher in 37th place, finishing in 21:36.55. Allie Scalf finished 52nd with a time of 21:55.43.

Florida took home the team title, placing all five runners in the top-22 and scoring 61 points. The Gators edged Arkansas, who finished with 70 points.

Next up for Vanderbilt is the NCAA South Regional. The meet will be held on Friday, November 9, in Tallahassee, Fla.