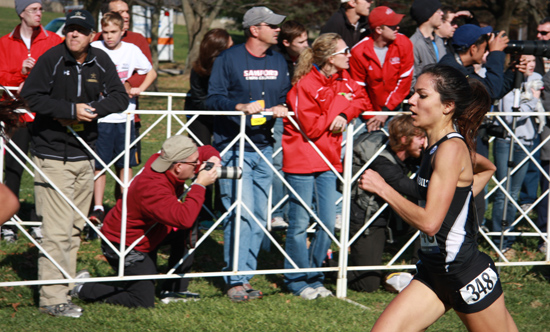 Kristen Findley was the top finisher for Vanderbilt in her final career cross country race. She finished 87th and scored 63 points for the Commodores with a time of 20:40.7.

Liz Anderson, running in her native Louisville, was next across the line, finishing 137th. She scored 104 points with her time of 21:02.3.

Southeastern Conference Freshman of the Year Hannah Jumper was right behind Anderson, finishing 141st and scoring 108 points with a mark of 21:03.5.

It was Vanderbilt’s second consecutive trip to the meet and Head Coach Steve Keith knows there are positives in spite of the fact the team finish was not as high as 2011 (sixth).

“It’s a great sport because on any give day, you never know,” Keith said. “We’ll be back and motivated. Stacking last year and this year and trying to use qualifying nationally as a benchmark and build from there.”

Keith is excited about where the program will be in 2013.

“We have some redshirts coming back, some recruits and some girls with a few years experience (at the NCAA Championships) now. We’ll learn from this and be a much better team for it.”