Varano, a Stony Point, New York, native bowling in her first international competition representing the United States, finished the first six games in 12th place in the field of 86 and moved on as the top 16 advanced to Thursday’s singles finals. 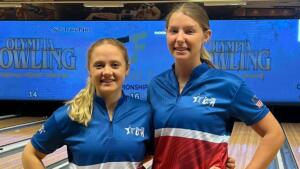 Vanderbilt’s Paige Peters and Mabel Cummins, bowling in an earlier squad grouping, began their days with torrid 248 and 256 games, respectively, before settling in with inconsistent totals. Peters would post another 246 but also had to count a subpar 146 and missed the cut in 22nd while Cummins’ day was almost identical, ending in 24th.

Singapore’s Adrianne Tay led the way with a 240.83 average over the six opening games.