As a sophomore he took part in Vanderbilt Alternative Spring Break and as an upperclassmen he volunteered with Big Brothers Big Sisters of Middle Tennessee. As a student manager for the men’s basketball program, Marks said being involved with those activities helped put things into perspective after a hectic or stressful day.

It wasn’t until recently, however, that Marks’ passion for helping others was rekindled. The flame was lit a few years ago when he saw a social media post by a baseball journalist. That evolved into a current-day organization that is helping to change the world.

“It doesn’t take a ton to get involved which is kind of the purpose of it,” Marks said in explaining how Scouting and Scavenging has become so popular.

Now the Manager of Prospect Information for the Milwaukee Bucks in the National Basketball Association, Marks was in Las Vegas in 2019 when he started collecting unused toiletries from his hotel rooms. His plan was to take the supplies and donate to those in need. 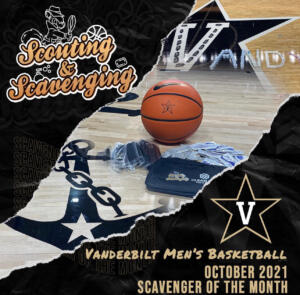 Then he figured with as much travel as he did for his career, and knowing how much his colleagues and coworkers did the same, that if his connections throughout the basketball world followed suit then they could all truly make a difference.

“Most of these supplies, whether they are used or not, get thrown out when the rooms get cleaned and changed over. It’s a really simple, easy thing to do. In the two years we’ve been able to donate about 1,900 pounds worth of supplies. It’s been really cool to see the way teams and programs have embraced it.”

Using social media and word of mouth, Marks has been able to get more than 150 teams – from college to professional to high school and AAU – involved in his movement. At the March Madness Final Four earlier this month in New Orleans, the participating teams brought supplies and Scouting and Scavenging was able to donate 200 pounds of goods to a local shelter.

Marks, BA’13, has brought his efforts full circle this year by getting Vanderbilt involved. He said that chief of staff Adell Harris and director of player development Joey Cantafio have been on-board from the start when he contacted them about getting the Commodores to help. 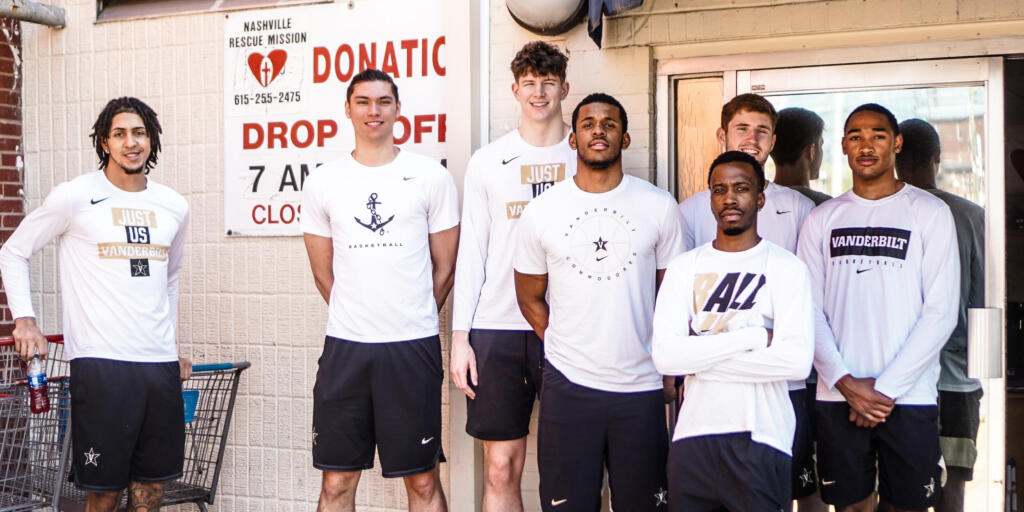 On Friday, Vandy followed through on its commitment to Marks and Scouting and Scavenging when they dispersed 126 pounds of supplies to both the Nashville Rescue Mission and Shower the People. Marks is thrilled when any organization takes the initiative to help the cause he founded – but there is something a little extra special about seeing Vanderbilt do it.

“That’s been really cool,” Marks said. “I love Vanderbilt – and I live and die with Vanderbilt Athletics.”

Great to catch up with @jerrystackhouse today. Will always support @VandyMBB and the Commodores. #AnchorDown #VU pic.twitter.com/IdWJ8yMvsN