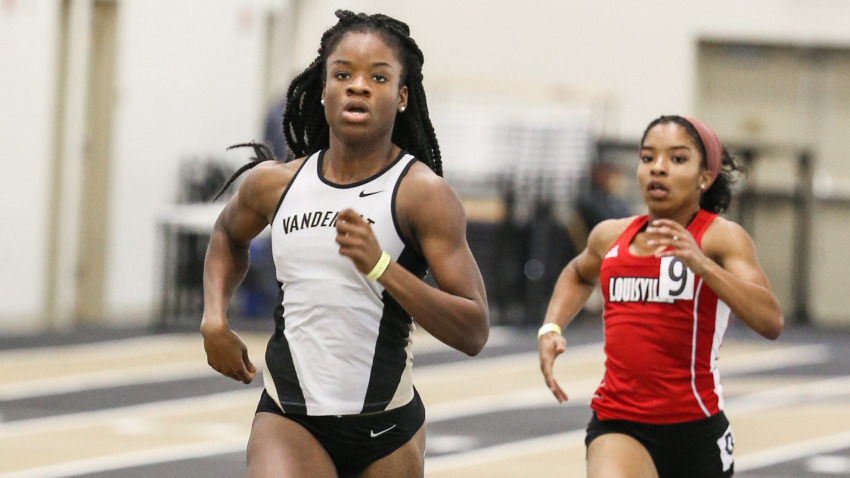 NASHVILLE, Tenn. – The Vanderbilt track and field squad returns to action this Friday and Saturday by hosting the fourth annual Commodore Invitational at the Vanderbilt Multipurpose Facility.

The 2018 Commodore Invitational will have a tough time living up to the standards set a year ago when seven SEC teams participated as a tune-up for the conference championships that were staged weeks later at Vanderbilt’s facility. Nineteen event records were eclipsed in 2017, including a dozen in women’s competitions.

The Vanderbilt contingent will feature pole vaulter Sarah Bell, middle distance specialist Courtney Clayton and sprinter Jenn Edobi. In total, 20 members of the Commodore squad are expected to participate this weekend. Bell, a senior from Bloomington, Ill., holds the team’s indoor and outdoor records in the pole vault. A year ago, she set the indoor standard at 13-11.25 at the SEC Championships. Last summer, she earned All-America honors after finishing at the NCAA Outdoor Championships. Clayton, a senior from Roscoe, Ill., also holds multiple team marks, including a 2:04.24 indoor clocking in the 800-meter run. Like Bell, Clayton capped the year as an All-American after running a school-record 2:04.02 in the 800 at the NCAA Outdoor Championships. Edobi, a senior from Union, N.J., is the second fastest Vanderbilt runner ever at 400 meters and captured the event at 2017 Commodore Invitational with a 53.99 effort.

Vanderbilt head coach Steve Keith is excited to see his Commodores back for the first time indoors since early December.

“This meet and the Vanderbilt Invitational (Jan. 19-20) also serve as great opportunities for local fans to see high-caliber collegiate track and field athletes in action, participating at one of the finest indoor facilities in the Southeast,” Keith added.

Admission to the Commodore Invitational is $5. The event is free for Vanderbilt students who have a valid student ID.