Foggie, a standout Commodore student-athlete with the program from 2010-14, returns to Vanderbilt as Ralph’s chief of staff. Irwin, a student-athlete playing for Ralph at UConn from 2016-20, comes to Nashville as the program’s director of player development and community relations.

“I am very excited to add two more incredible people to our staff and program.” Ralph said. “Both Christina and Kyla bring with them the type of energy, passion and knowledge that will elevate Vanderbilt women’s basketball and we’re thrilled to have them on our side.”

Foggie and Irwin are the newest additions to Ralph’s inaugural coaching staff at Vanderbilt after the appointments of Tom Garrick, Ashley Earley and Kevin DeMille as her three assistant coaches in April. 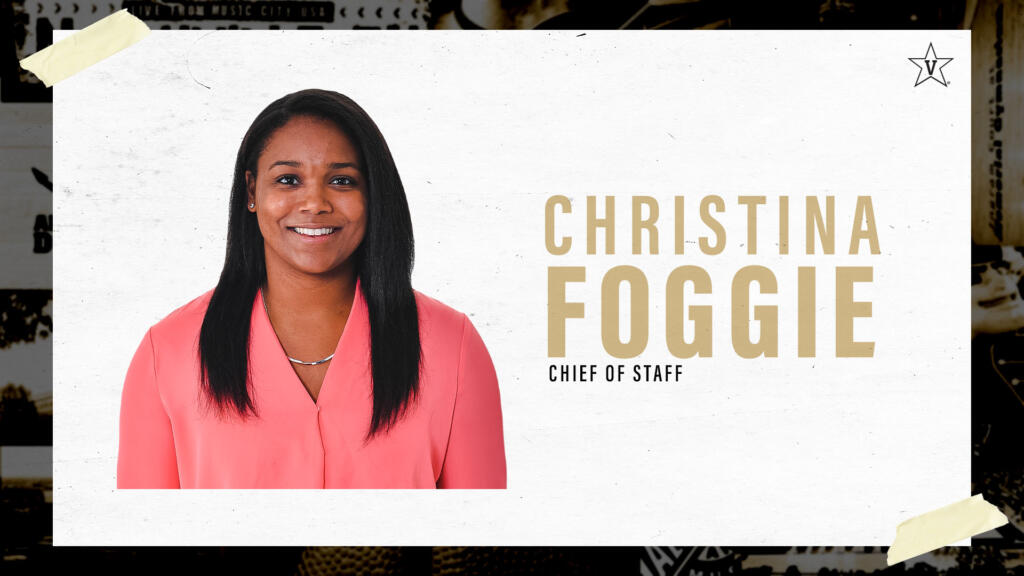 Christina Foggie ‘14
Chief of Staff
One of the most decorated women’s basketball players in Vanderbilt history, Foggie makes her return to Vanderbilt after spending portions of the last six seasons at St. Joseph’s in Philadelphia.

Most recently, Foggie has spent the last two years as director of special projects and special assistant for athletics director Jill Bodensteiner. She also worked with the St. Joe’s women’s basketball program from 2018-19 as the team’s director of operations after previously spending a season as the video coordinator in 2015-16 while earning her master’s degree in organizational development and leadership.

Foggie stands as Vanderbilt’s seventh-leading scorer with 1,743 points during her playing days working with Garrick during his first stint on the Commodore bench. As a senior, she was named a WBCA All-American Honorable Mention after leading the SEC in scoring with 19 points per game and helped the Commodores to the NCAA Tournament for the 15th straight season.

Holding Vanderbilt’s all-time record for three-pointers (276), Foggie was selected 24th overall by the Minnesota Lynx in the 2014 WNBA Draft.

After her playing days, Foggie spent one season coaching the Philadelphia Belles AAU team and working in the private sector before joining St. Joseph’s.

Coach Ralph on Foggie: “Christina was a legendary student-athlete at Vanderbilt and we could not be happier to welcome her home. She has spent her years after graduation dedicated to collegiate athletics. Christina is so passionate about Vanderbilt and is ready to contribute to our program in every way possible. She is completely invested in the success of our student-athletes on and off the floor, and we are thrilled to have her on board.” 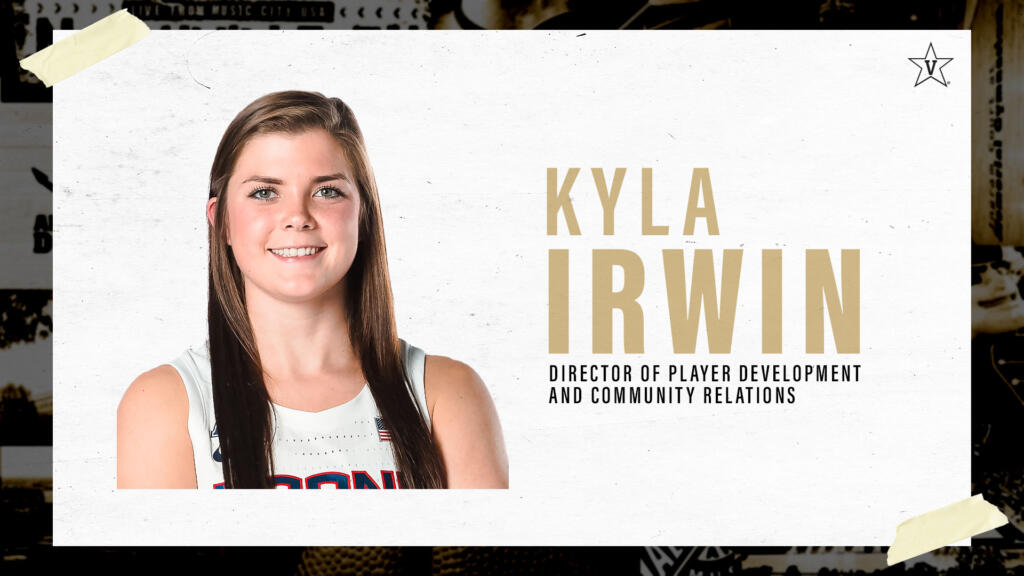 Kyla Irwin
Director of Player Development & Community Relations
A four-year athlete at UConn from 2016-20, Irwin comes to Vanderbilt after a professional career overseas playing for SNP Bascats USC Heidelberg in Germany for one season.

A consistent presence on the floor throughout her career with the Huskies, Irwin played in 120 games and made 20 starts. In her four years she shot 47.8 percent from the floor, served as a team captain as a senior and helped UConn reach the Final Four in all three NCAA Tournaments the team played in.

While suffering a season-ending injury in 2020, Irwin missed just one game down the stretch due to the COVID-19 pandemic canceling the 2020 NCAA Tournament.

Coming to Vanderbilt, Irwin brings extensive experience with Team IMPACT which is a national nonprofit that connects children ages 5 to 16 facing serious and chronic illnesses with college athletic teams. In her final two years with the Huskies, Irwin developed a close relationship with Daniela Ciriello who was a staple at UConn home games.

Coach Ralph on Irwin: “Kyla is the type of person who impacts you the moment you meet her. Her energizing presence and her knowledge of what is needed to compete and win at the highest level is exactly what our program needs. We are very lucky to have her working with our student-athletes every day.”