Going to college is scary for anyone, let alone going to college as a student athlete. There are so many unknowns paired with huge expectations. Luckily, I was always able to find solace and comfort in having Grace and Kaylann by my side.

The three of us were a little bit of an enigma due to the fact that not only were we all from the Atlanta area, but we also all played on the same club soccer team, Tophat Soccer, our entire lives. While other teammates moved amongst other club teams in an attempt to find the best soccer team that would give them the greatest opportunity to play college soccer, Grace, Kaylann and I stayed grounded in Tophat and had faith in our childhood club.

As Little Hatters, with shorts going past our knees and bows in our hair, we always played with or against each other. I remember multiple times being put on the same Little Hatters team as Grace. Not only were we a part of the same team for multiple seasons, but we also had the best coaches ever – our mothers. Suc and Jan would probably be happy to take credit for our later successes in our soccer careers. 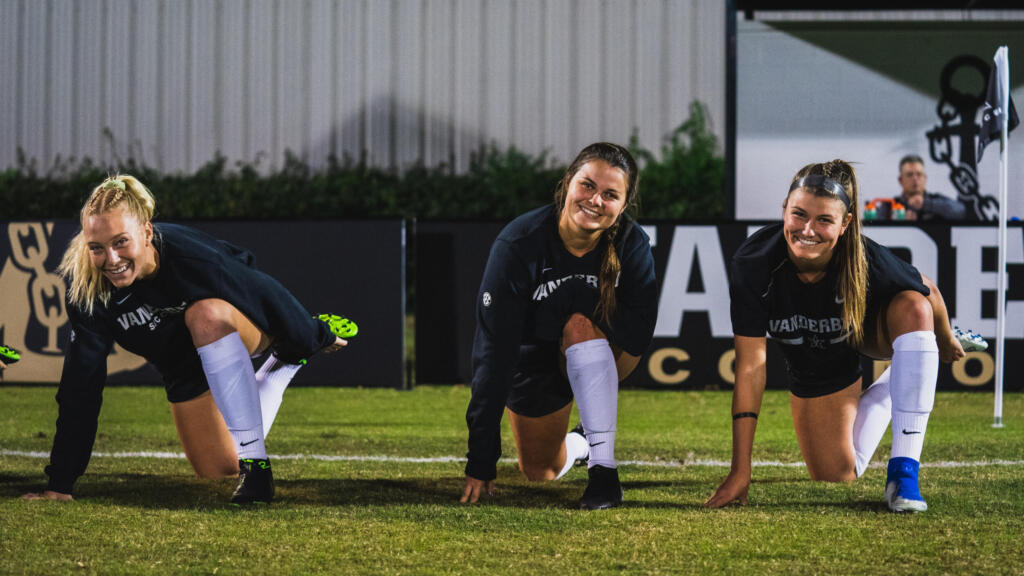 Following Little Hatters we all entered the Academy program – a more intense program designed for the players who had a more serious, vested interest in the sport. I remember Grace and Kaylann both started on the Gold team, the top team, while I started on the Navy Team, the second-best team.

I don’t think I will ever live that down, but alas, one day I found my way to the Gold Team. The three of us went from playing 6-on-6 to 8-on-8 to the most intimidating of them all: 11-on-11 – and this began our journey.

Due to the fact that club soccer requires you to take countless trips around the country, and our parents had to work, a lot of us made it a habit of traveling and staying with other parents on the team. From North Carolina to California and everywhere in between, I can remember staying with the Jackson’s and the Boyd’s. It was never awkward or weird because we were all family.

Mrs. Boyd would do our hair before the games while Mrs. Jackson was in charge of the pregame cheerleading. There were a lot of other tasks such as feeding us and making sure we had water, but having them as my temporary parents was never uncomfortable. It was normal.

After what feels like millions of tournaments and showcases, colleges were showing interest in all of us. This was both exciting and terrifying. It is very difficult to make a decision about the rest of your life at 14-17 years old, as one might imagine.

After countless visits to colleges across the country (except not cold places because we are Atlanta girls), we all chose Vanderbilt. 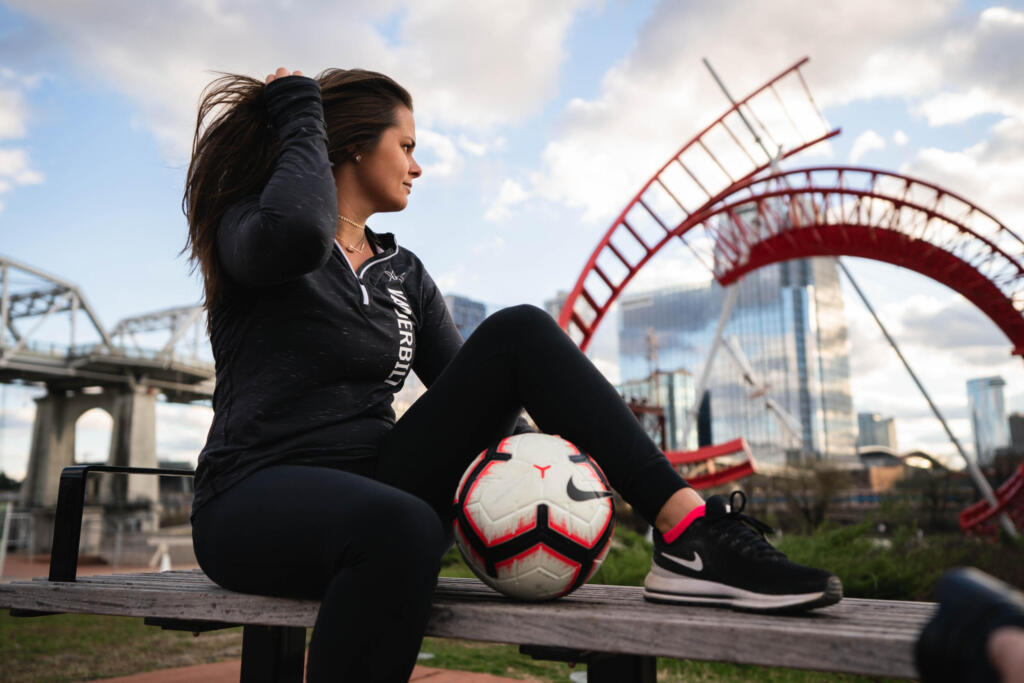 I verbally committed first and was beyond excited. Vanderbilt was everything I had ever dreamed of and I couldn’t believe I actually got the opportunity to go there. My excitement only grew when Kaylann made her final decision to go. She was between two schools, so it left me on pins and needles.

Lastly, was Grace. Her route in getting to Vanderbilt was a little bit different.

This was incredibly exciting for me, as you may imagine, but Grace being Grace would not let me influence her. She is a little more rational than I am, so for the few days when she was making her decision she basically shunned me. Then one day, while I was at the park, I got a call from Grace. I knew this was it.

She said something around the lines of, “I have some news. I’m really sorry … BUT you’re going to have to spend the next four years with me.”

I think I nearly fainted from joy.

Now this was it – Grace, Kaylann, and I were headed to Nashville. Like I said, a little fearful but also reassured to have one another. Once we arrived on campus we realized there wasn’t really anything to be afraid of (except the beep test, that will always be terrifying and I will always have nightmares about that).

Our teammates were inviting, hilarious and helpful. This was going to be a perfect home for all of us. Not only were all of us freshman getting along perfectly, but the upperclassman did the most amazing job guiding all of us. 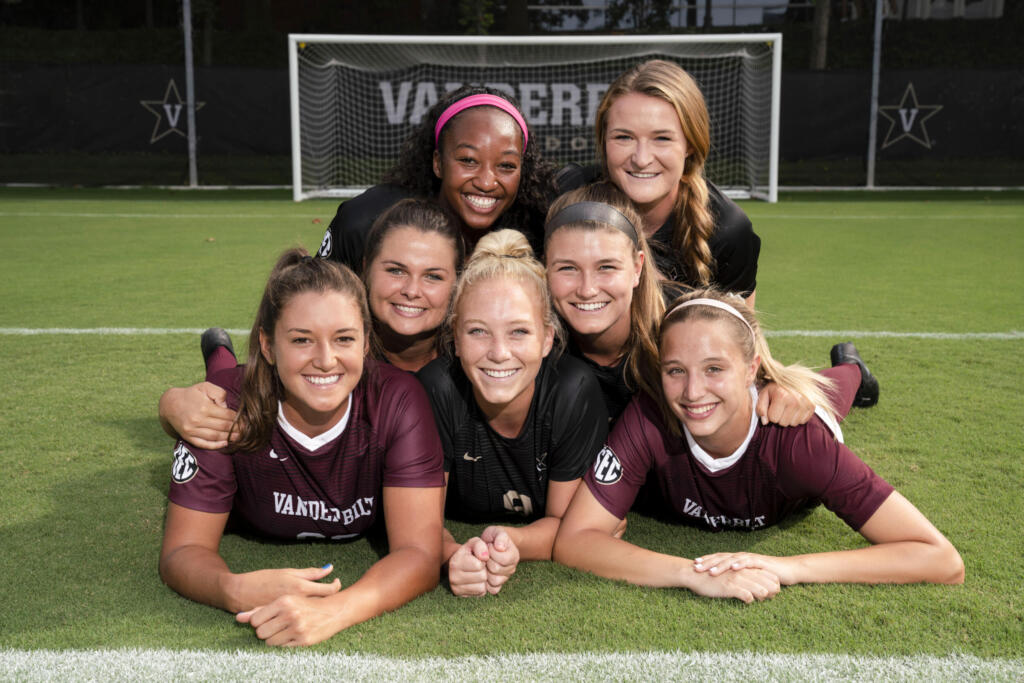 Over time, our relationships with all of our teammates flourished. We found our place within the team, our new family. Teammates changed and people aged out but one thing remained constant – the three of us always had each other.

Grace and I thought it was the absolute cutest thing ever that we went from being the captains of our club team to playing side-by-side in the holding mid position. Her dad kept telling us that, “cute,” shouldn’t be the word to describe ourselves, but we thought it was perfect. We thought we were yin and yang.

I turned on the jets before every game while we warmed up together laughing and occasionally talking about soccer. The games that we started together began with a brief meeting at the top of the circle where we would go over a few crucial things. These meetings normally went along the lines of, “Just play quick and smart. You don’t have to be the hero or do anything special. Just complete the passes and win the tackles. And if you’re playing really badly don’t worry, just try your best.”

We would laugh so hard while we told each other what was expected of us, but it was genuinely helpful in settling nerves and getting ready to play. We really tried to take it all in. While Grace found more time on the field throughout our careers, there wasn’t a moment where I didn’t want her to succeed.

I think I sometimes overlook how amazing our journey has been. The three of us have played on the same field from eight years old or even younger to 21 years old. I forget that most people don’t have the opportunity to experience this.

We have gone from little girls, dependent on our parents to competent women. I could not be more thankful to Vanderbilt for giving me the opportunity to do life with the two of them.

I came to Vanderbilt knowing I had at least two people I could consistently count on, and came out with an entire community of support.

All any of us can do is the best we can, and then support each other if your teammate’s best was better than your own

Hannon Eberts reveals how injury turned out to be pivotal, positive experiences