SMYRNA, Tenn. — Defending champion Vanderbilt was in tune much of the day in winning four of five matches and finishing the first day of the Columbia 300 Music City Classic in second place among the 29 competing teams.

Top-ranked McKendree grabbed the early lead as it averaged 212.3 over the five Baker matches. Vandy was 105 pins off the pace, averaging 208.1, as no other team in the field that included 17 of the nation’s top 25 rankings broke 200.

The host Commodores defeated 11th-ranked Louisiana Tech, No. 20 Tulane, Elmhurst and No. 19 Maryville before a closing rally against fifth-ranked Arkansas State came up 12 pins short.

“Overall we were pretty good – although we let the last match get away from us,” Vanderbilt associate head coach Josie Barnes said. “We worked really hard this last week on spare shooting – high intensity spare shooting drills – and we did a really nice job with that part of our game. That’s why our scores stayed pretty consistent throughout the day.” 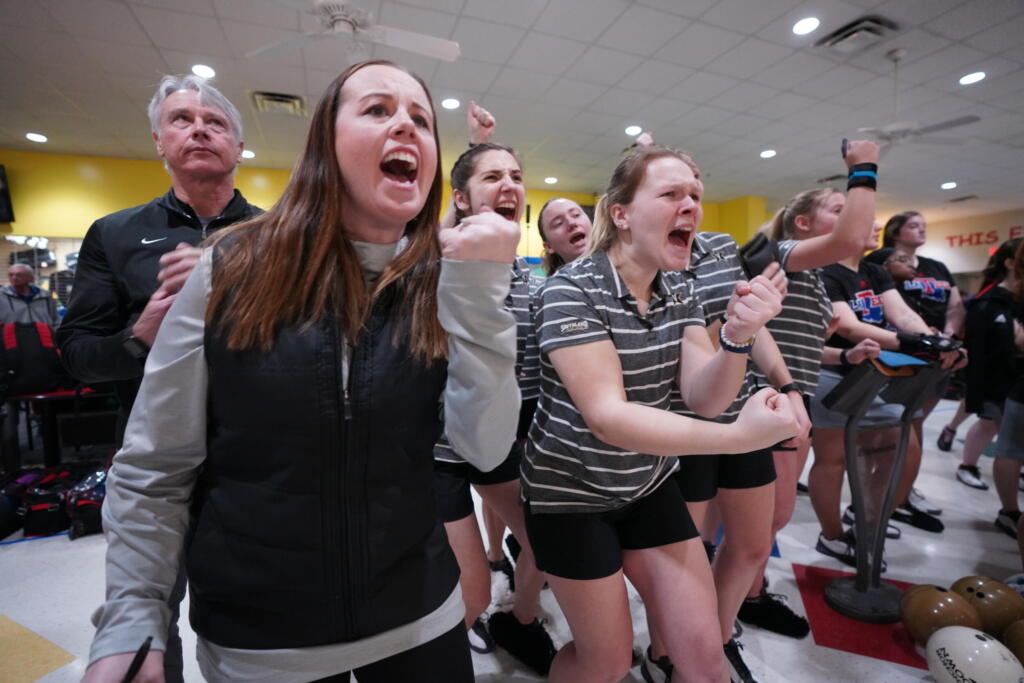 It is Vanderbilt’s senior weekend and two soon-to-be graduates were standouts on this day. Maria Bulanova was a strike machine once again and Bryanna Leyen, who hasn’t seen nearly as much playing time as her All-American teammate, came through in a big way when inserted into the lineup in the fourth game of the Elmhurst match.

“I had nothing to lose with how my year has gone,” Leyen said. “I’ve had a rough season. I’ve been working hard. I had a pretty good week in terms of practice. Coach said I was in and I concentrated on my breathing as it keeps my heart rate down. I focused on, ‘slide here, hit here,’ and just breathe.’

“I wanted to think about my feel and that was it.”

Bulanova, who knows something about strike percentage, was impressed. Breaking out in a big smile after the competition, the Moscow native’s eyes twinkled as she admitted she called Leyen a, “sandbagger,” after her excellent performance.

Regarding her own stellar performance, Bulanova said it was a matter of repeating shots and initially seemed unaware of her high strike percentage.

“We got to the comfortable part of the lane for me and I just kept going,” Bulanova said.   “I had a little miss room and that made it easier.” 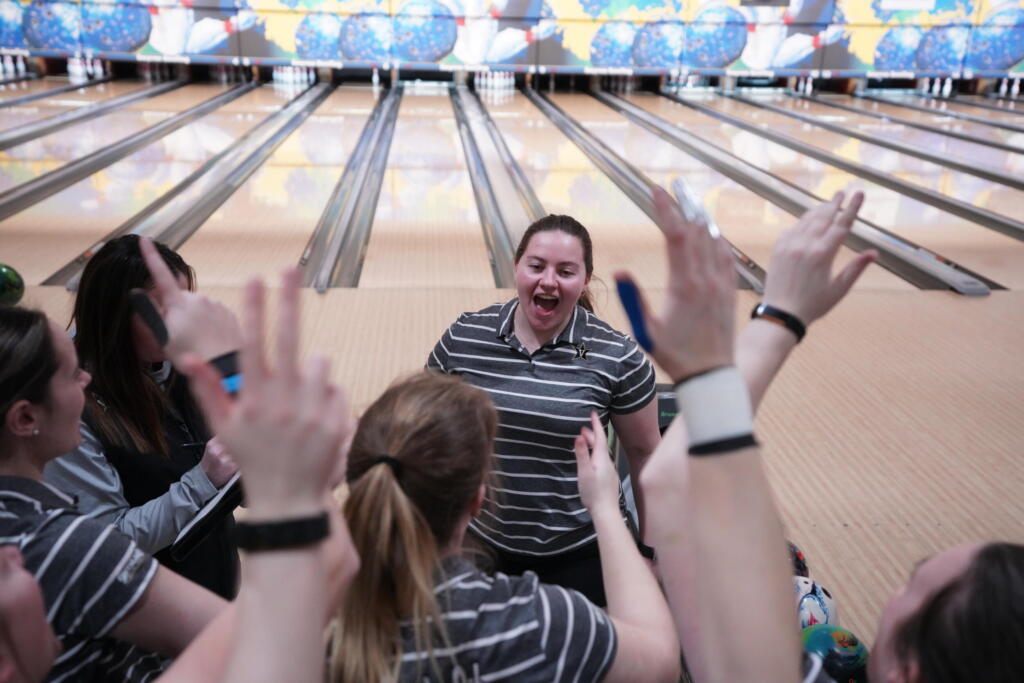 “I thought she had a great day, to see her come out and have a pretty phenomenal day was terrific,” Barnes said. “She has worked hard. We feel comfortable here even though we don’t get here much but we had a lot of family and friends in the crowd and once they feel that support it makes things easier.”

Vanderbilt’s matches were not without excitement. Louisiana Tech bowled its best match of the day against Vandy in the opener and the decision didn’t come until the last frame of the fifth game.

The Commodores were nursing a delicate, 11-pin lead into the fifth game and the anchors were going to determine the winner. Ironically, both aces uncharacteristically missed their chances as Bulanova whiffed on a one-pin spare shot to crack the door for Tech freshman star Allie Leiendecker, who split and opened, allowing the Dores to eke out a five pin victory. 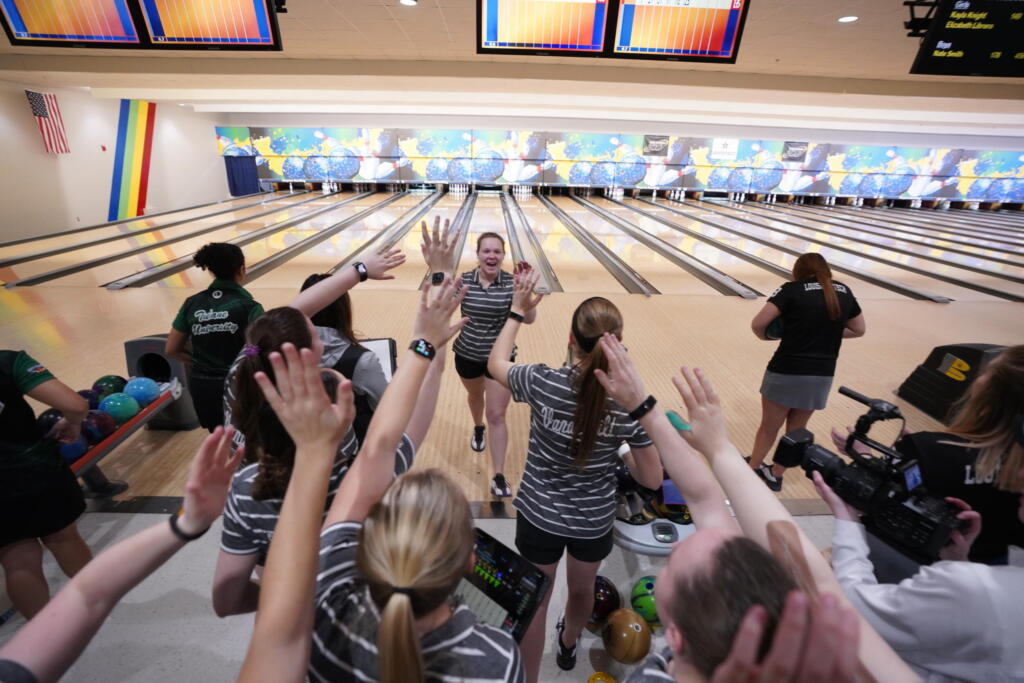 The finale with Arkansas State was the best head-to-head matchup and the Commodores were down 43 pins after three games, thanks in part to a bowling virus of splits that held scores down. They battled back to win the last two games but it was too little, too late.

Five traditional games are in store Saturday at the Smyrna Bowling Center, beginning at 9:30 a.m. Admission is free and Vanderbilt matches are live streamed on its VandyBowling YouTube page. 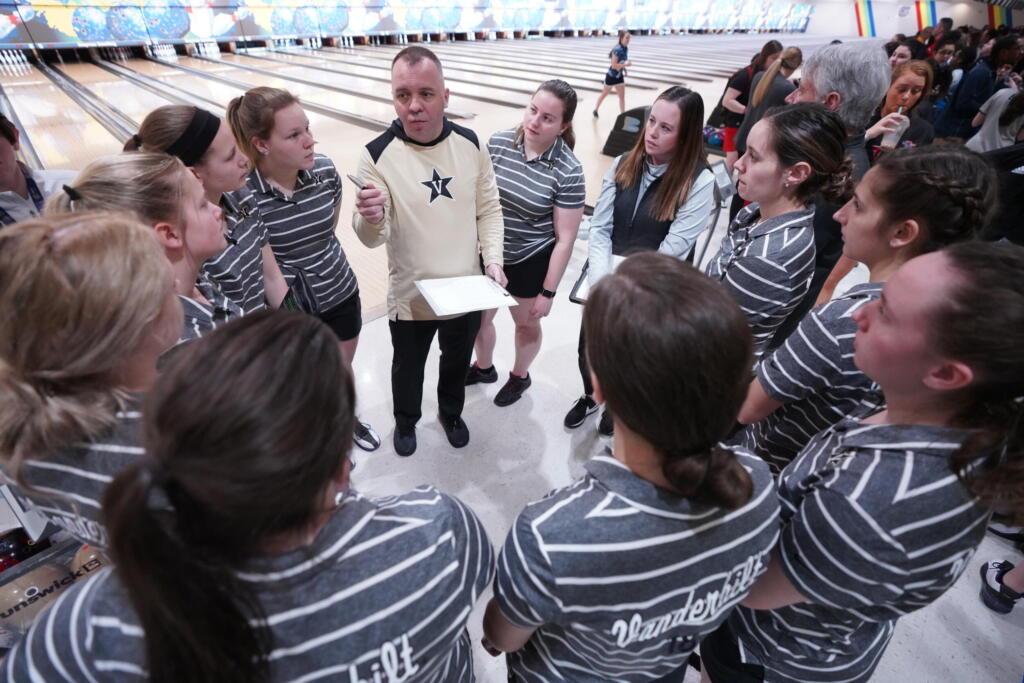