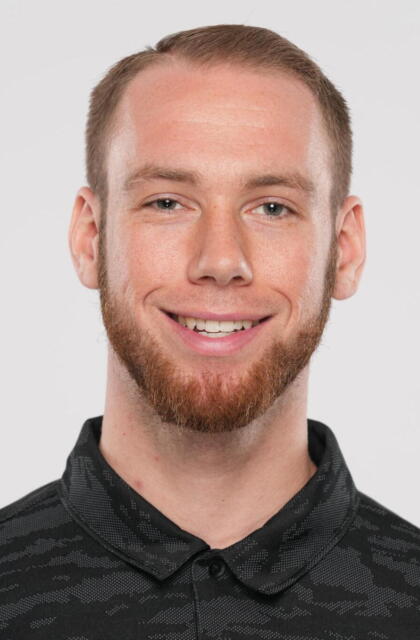 Eric Mundinger is entering his first season as the assistant director of basketball operations.

Mundinger is entering his third season with the program after obtaining his master’s degree in leadership and organizational performance from Vanderbilt in May 2022. He will oversee student managers and practice players, address equipment needs, assist with team travel and logistics, game scheduling, recruiting operations, and additional day-to-day operations.

He came to Vanderbilt from the University of Memphis where he served as the head manager for the women’s basketball team. Mundinger began his career as a student manager, aiding coaches and players in tasks and drills for the NCAA Division I American Athletic Conference member. Additionally, he managed the set-up and break down of the gym for practice and team meals.

Due to his performance, Mundinger was quickly promoted to head student manager after his first year and he assisted the department by overseeing other student managers, tracking equipment and inventory, in accordance with the annual budget, and designing team gear such as shirts, travel suits and coaching gear.

Prior to his role at Memphis, Mundinger served as a coach at the Penny Hardaway Basketball Camp where he instructed a group of 150 campers by demonstrating and explaining basketball drills. Apart from leading the campers, Mundinger also played a role in the lunch set-up for the campers and the coaches.

Mundinger has also worked as a camp coach at Melissa McFerrin Hoops School, where he demonstrated drills to campers, refereed 5-on-5 games, and supported with team check-ins and camp t-shirt distribution.