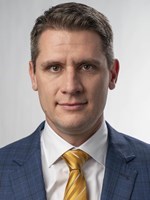 Andy Fox is in his first season as the Vanderbilt basketball general manager in 2021-22. He spent the past three seasons as the Commodores’ director of scouting and recruiting. Prior to arriving on West End, Fox served for four seasons as the director of basketball operations at Louisiana Tech.

The Bulldogs registered four straight winning seasons in his time in Ruston — including a pair of 23-win seasons — while Fox was instrumental in the development of Bulldog forward Erik McCree, who played with the Utah Jazz in 2017-18.

Fox went to Louisiana Tech from Tulane, where he spent past five years as an assistant coach and director of operations. As an assistant, his primary role was recruiting, game preparation and player development. He helped Tulane to back-to-back postseason appearances with a trip to the CollegeInsider.com Tournament in 2012-13 and to the College Basketball Invitational in 2013-14. While at Tulane, Fox contributed to the recruitment and development of NBA players Cameron Reynolds (Minnesota Timberwolves) and Melvin Frazier (Orlando Magic). In 2018, Frazier became the first NBA draft pick from Tulane since 1997.

In 2012-13, the Green Wave posted a 20-15 record, the program’s first 20-win season since 2000. On the recruiting trail, Fox helped the Green Wave recruit Ricky Tarrant, the 2012 Conference USA Freshman of the Year. Tarrant became the second player in league history to earn Freshman of the Year and first team all-conference honors since Derrick Rose.

Fox went to Tulane after spending four seasons as an assistant coach at The Citadel. While at The Citadel, he helped the Bulldogs to their most successful stretch in program history, including a school-record 20 wins and the program’s first postseason appearance in 2009. Fox was a key member of The Citadel coaching staff that recruited and developed all-time leading scorer Cameron Wells, who hailed from Houston, Texas, in the fall of 2006.

Prior to his arrival at The Citadel, Fox served as a graduate assistant at Tennessee, one year each under Bruce Pearl and Buzz Peterson. While with the Volunteers in 2006, the team captured the SEC East title and earned a No. 2 seed in the NCAA Tournament. Fox’s duties as a graduate assistant included coordinating all on-campus recruiting activities and operations, opponent scouting prep, student-athlete academic support, video operations, coordination of summer camps and various other administrative duties.

From 2002-04, Fox spent his the summers working basketball camps around the country. His experience working as a counselor includes serving on the camp staffs at Tennessee, Kentucky, Louisville, Wisconsin, Illinois, Michigan, Northern Iowa, Snow Valley and also at the legendary Morgan Wootten Camp.

He earned his bachelor’s degree in 2004 in economics and health science from Cornell (Iowa) where he played basketball for four years. Fox was fifth all-time in assists and seventh all-time in steals in school history. He was a two-year captain, earning All-Iowa Conference honors in 2004.

He completed his master’s in sports psychology from Tennessee’s sports studies program in 2006.

Fox and his wife Tiffany have three kids—Brendan, Emery and Camille.