PARIS – Vanderbilt alumna Astra Sharma will make her first appearance in the French Open on Sunday as she faces Shelby Rogers in the opening round of the main draw in Stade Roland Garros.

Breaking into the world’s top 100 ranking, Sharma enters the French Open as the No. 98 player in the world.

“I am so proud to be here to watch Astra play in her first French Open,” said Macdonald. “I am so impressed with how hard she is working to become her very best.” 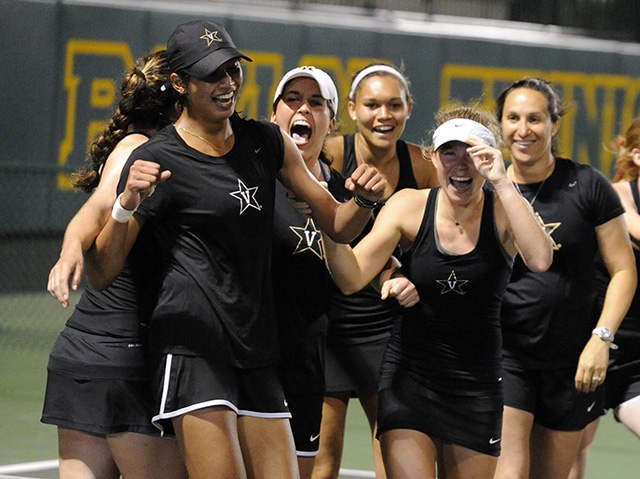 The open will mark Sharma’s second slam level tournament after competing in the Australian open where she advanced to the second round in singles and the finals in mixed doubles with partner John-Patrick Smith.

Singapore-born Sharma concluded her Vanderbilt career just over a year ago where she earned an illustrious career, concluding her time as a Commodore as a five-time All-American.

Sharma is one of the top student-athletes to come out of Vanderbilt, contributing to the program’s first NCAA title in 2015 as well as back-to-back SEC regular season and tournament titles.

In her final year as a Commodore, Sharma helped lead her team to the national championship match where they earned the title of 2018 runner-up. Sharma collected the title of NCAA Championship MVP as well as the tournament’s top singles player, only dropping one NCAA singles match.

Sharma entered her professional career ranked in the 900s and has climbed to the top-100.

“I’m really impressed of what Astra has done since she’s been out of college. In only a short year, she’s gone from being ranked in the 900s to now No. 98 in the world, it’s amazing.” said Macdonald. “I am really looking forward to watching her compete this weekend.”