The 2018 SEC regular season champion, 2019 SEC East champion and 2020 SEC Tournament champion will welcome 11 programs to Music City this season. It’s all set to start with the regular season opener Aug. 19 against Tennessee Tech under the lights of Vanderbilt Soccer Complex, marking the first of six nonconference home matches before the start of SEC action.

“We have a great set of nonconference games that will allow us to figure out who we are and test ourselves before hitting the SEC slate,” seventh-year head coach Darren Ambrose said. “Our goal is always to build and improve, both individually and collectively as the season moves forward, and that will be our same approach when we get started in August.”

Across the nonconference slate, Vanderbilt will follow the Tennessee Tech match with visits from Purdue, Duke, Southern Illinois, Pepperdine and Middle Tennessee, respectively. With just two road matches before conference play, the Commodores are set to visit Western Kentucky and cross-town rival Lipscomb.

Vanderbilt’s 10-game SEC slate will see the Commodores host Florida, Alabama, Missouri and Arkansas before finishing the home schedule Oct. 21 against Tennessee. Road fixtures in SEC play this season include trips to South Carolina, Kentucky, Ole Miss, Texas A&M and the final game of the regular season at Georgia on Oct. 28.

Before the campaign, Vanderbilt will test itself with a pair of exhibition matches, a home match against Chattanooga and a visit to Memphis.

The Commodores closed the 2020 season ranked No. 21 in the United Soccer Coaches poll while checking in at No. 18 in the Top Drawer Soccer poll. 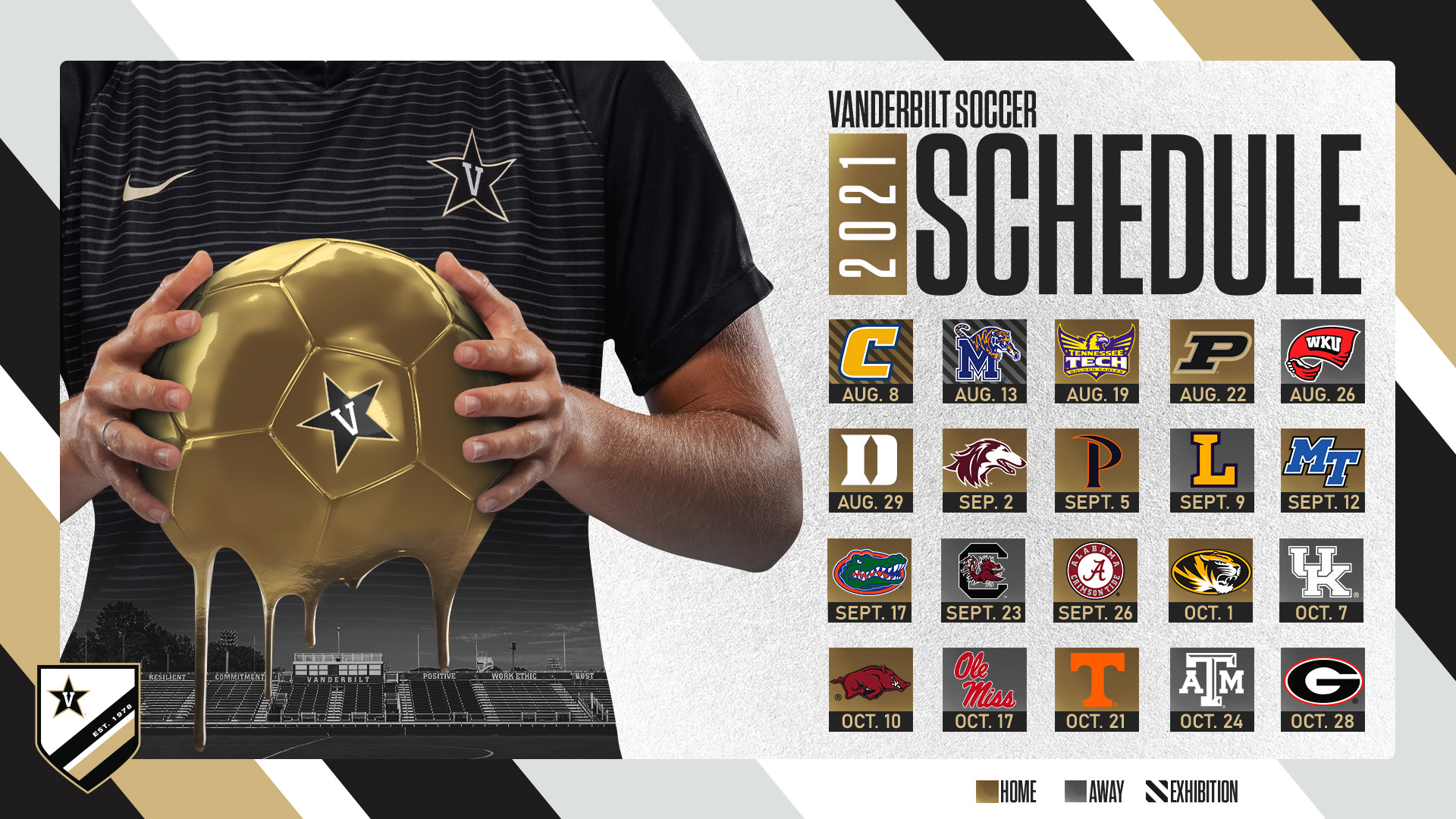