NASHVILLE, Tenn. — It’s easy to understand how anyone associated with athletics would react this way, the way Dr. Christiana Russell did.

“I was still trying to persuade,” Russell said. “I told her all about what I do at Vandy and with Vandy football and I was like, ‘We’re in the middle of a season! I can’t take time right now to deal with this! Just let us get through the season and I promise as soon as the season is over – then let me get through Thanksgiving and Christmas and I’ll come back in and we can start this.’

Russell, co-director of player development for Vanderbilt football, felt a small lump under her left arm during the summer. That lump would probably just go away, she thought. But by the time the 2019 season arrived it hadn’t.

It had actually started to swell larger.

An October mammogram revealed there was more than the one mass Russell originally felt. Biopsy results the week of Thanksgiving told Russell and her family that HER2+ metastatic breast cancer was living inside Russell’s body.

“I was sitting there listening to them say the words, but it didn’t seem real. It was just – this doesn’t seem real,” Russell said. “I just couldn’t believe it. I was in shock. I feel fine.

“That was the other thing – once people started to find out, they were asking me, ‘How do you feel?’ Well I feel fine. It’s not one of those things where you really have symptoms. To be told that it’s completely the opposite of what you think is going on in your body, it was very, very challenging to wrap my head around.”

A two-time graduate of Ohio State, Russell said at the time of her diagnosis she had previously lost 20 pounds and felt as healthy as she ever had – being inside the McGugin Center surrounded by high-level student-athletes and state-of-the-art training equipment left her little choice but to improve her fitness. She distinctly recalls a conversation with a good friend who complimented her efforts on a healthier lifestyle.

But by Dec. 18 she was undergoing a procedure to have a port placed in her chest so she could start receiving chemotherapy treatments. On Dec. 19, Russell took to her personal blog to inform the public of what she was about to deal with.

“I decided I’ll just take everyone with me on this journey because it’s scary, there’s a lot of unknowns, but I have a lot of people I know that love me, support me,” she said. “If they’re praying for me and kind of holding me up I can get through it.”

Vanderbilt head coach Derek Mason brought Russell onto his staff in June of 2018. He described her as an integral part of the program’s player development efforts as student-athletes traverse a four-year journey on West End.

Russell’s role ranges from mother figure to expectations manager to academic supporter to friend and confidant.

“She has done a terrific job of really digging deep to really find exactly what each one of these men want to be and then try to hold them accountable for it,” Mason said. “I think that’s what makes her unique.” 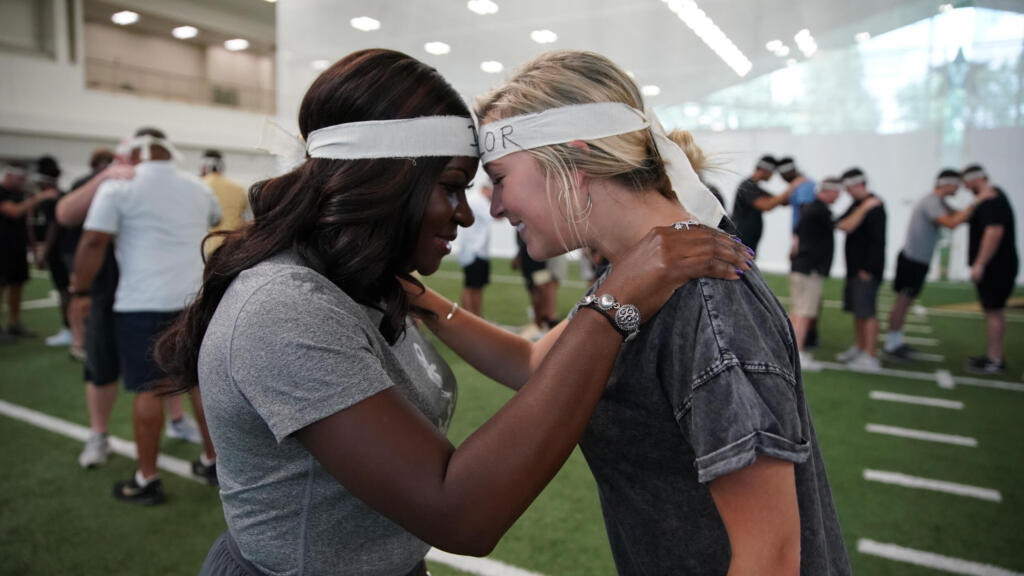 Russell’s cancer was considered Stage 3. And it was aggressive.

That meant an equally aggressive plan to try to kill the cancer cells and save Russell’s life. Her six rounds of chemotherapy began in December (Russell said the first left her debilitated for about a month) and lasted until the first of April. A week later into that month she underwent complete mastectomy reconstruction surgery.

And all the while she forged ahead by continuing to arrive on campus – on days she physically could – to do her job as part of the Commodores.

“They have been above and beyond,” Russell said of her teammates. “Part of the reason why I tried to push myself and continue to come to work – our big football motto is relentless, tough and intelligent. I thought, ‘I work in player development, I work with my guys on these same aspects of being relentless, tough and intelligent – what kind of example would I be if I didn’t show that in the face of my adversity?’

“Because I did, they reciprocated with so much love and strength and encouragement and support.”

After a six-hour surgery, Russell’s husband was told the cancer cells were dead. The chemotherapy had worked. There would be no need for radiation or any more chemotherapy. The chances – the fear – of reoccurrence were slim.

“I think, now, having gone through it and I’m on the other side of it, I’m looking back like, ‘Wow, this is crazy,’ ” Russell said. “It’s still a little bit unreal because I came so far from where I started from in December with my first chemo treatment.

“I’m sitting here now, like, it’s someone else’s life. Even though I know it’s mine, I lived it, I experienced it, it’s still just unreal because it just flew by and here I am at the end of it on the road to toward being back to my healthy self.”

There was a time a few shorts months ago that Russell said she didn’t have the strength to go up a flight of stairs.

In those tough times she leaned on the strength of the Vanderbilt football family – she said even the families of student-athletes would send her care packages in the days leading up to her next chemotherapy treatments. And she recalled how some Commodores told her how watching her spirit and fight helped them refocus their own perspectives for an exam or paper that otherwise seemed unmanageable.

As for Russell’s perspective, well, that has changed, too.

She’s more grateful than ever, more appreciative and a bit tougher. And now more intentional. 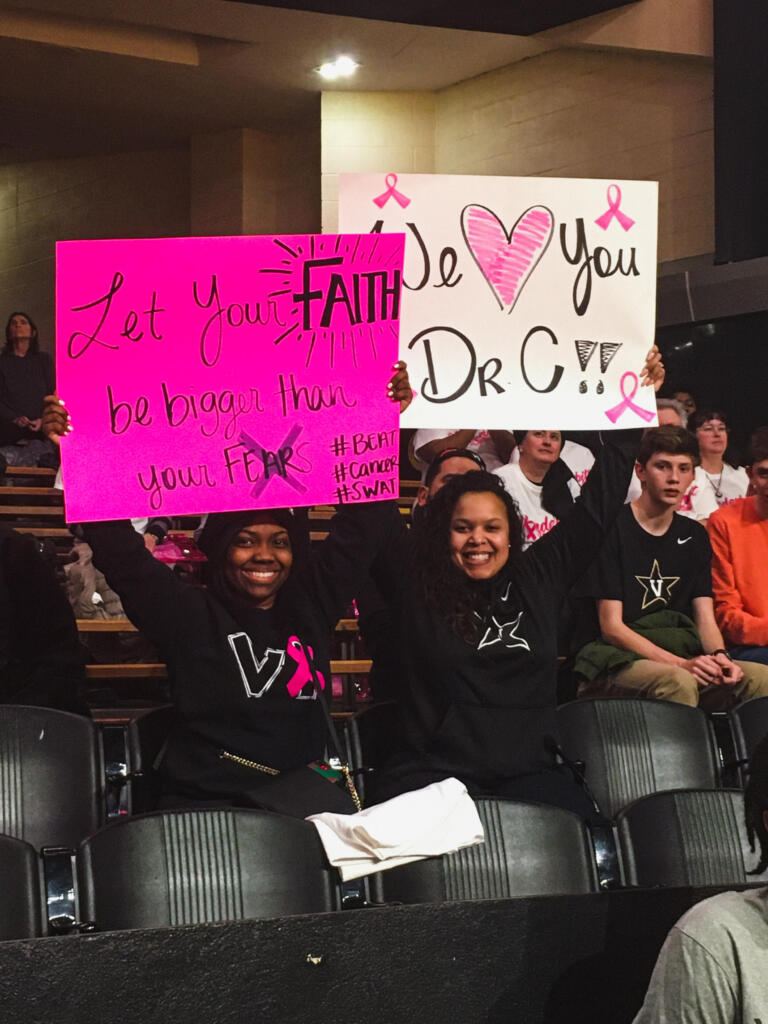