NASHVILLE, Tenn. – After concluding the shortened season with 21 singles wins, junior George Harwell was named the ITA Ohio Valley Regional Player to Watch as announced by the Intercollegiate Tennis Association (ITA) on Wednesday.

“We’re very proud of George’s accomplishments,” Vanderbilt head coach Ian Duvenhage said. “George has been the most improved player on our team each of the last three years. His trajectory of improvement indicates he will be one of the best players in collegiate tennis for his upcoming years of competition and we are excited to see what he achieves in the next two years.”

In the shortened 2020 season, Harwell led the Commodores at No. 1 in the lineup and led the team in overall singles victories, including four wins over ranked opponents. 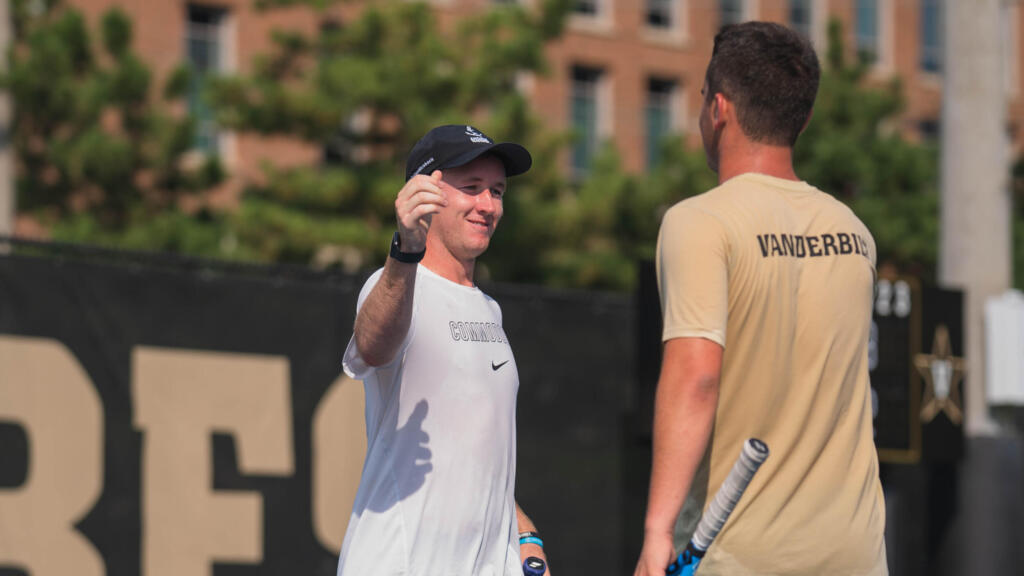 The junior boasted a 10-3 dual match record and held a ten-match win streak to kick off the 2020 season. During the ITA Kick-off weekend, Harwell clinched the match over Indiana with a straight-set upset over No. 66 Bennett Crane at No. 1 to start the season for the Dores.

Over the past three seasons, Harwell continues to build momentum and climb in the rankings.

During his freshman season, Harwell competed primarily at No. 6 in the lineup and went undefeated in non-conference matches to sport an 11-match win streak. In his sophomore campaign, he played primarily at No. 2 to claim 19 overall singles wins and finished his shortened junior season with a 21-9 singles record at No. 1 in the lineup.

This season’s ITA award marks Harwell’s second ITA honor as he was named the ITA Ohio Valley Regional Rookie of the Year during his freshman campaign in 2018.