When Erik Bakich first arrived at Clemson as a volunteer assistant on its baseball staff in 2002, he met an assistant named Tim Corbin. Almost immediately, Bakich sensed a unique professionalism about Corbin, and he felt drawn to emulate his new coaching colleague's process.

Bakich soon learned that Corbin lived and breathed baseball. Corbin would seemingly work “around the clock,” Bakich said, with Corbin’s wife, Maggie, often helping stuff recruiting levels into envelopes deep into the night. But Bakich was not discouraged as he witnessed Corbin’s life in action. Instead, he saw the inner-workings of a dedicated and successful coach.

I got here thinking I was going to work the same hours he works. I had no idea what I was signing myself up for. I felt like this was the guy I wanted to be around.

Seventeen years later, mentor and protégé meet as competitors when Bakich’s Michigan squad takes on Corbin’s Vanderbilt program in the finals of the College World Series, a best-of-three series that begins Monday at TD Ameritrade Park. The Commodores are seasoned veterans of Omaha, having now reached the final series in 2014, 2015 and 2019 (they won the title in ’14). The Wolverines are relative newcomers; they are in the College World Series for the first time since 1984 and have not won or played for a national title since 1962.

But as elite academic institutions clash from opposite ends of the baseball world – a Midwest squad from the chilly Big Ten against an SEC blueblood from the South – that friendship between Bakich and Corbin connects the two remaining teams in Omaha.

The coaching pair spent one season together at Clemson before Corbin left to take the Vanderbilt job in 2003. He lured Bakich to join him, and the latter went on to spend seven seasons (2003-09) with the Commodores. Bakich served as an assistant coach and recruiting coordinator and helped the program win 54 games in 2007, one of two seasons of 40-plus wins along the way. 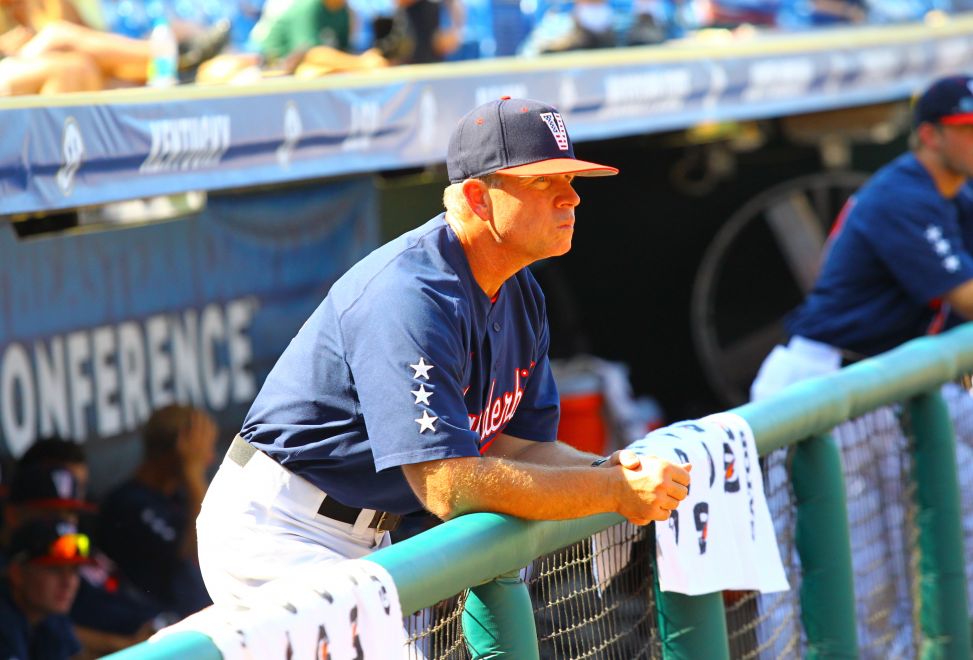 On Sunday, the two coaches previewed the CWS finals in a joint press conference. Corbin noted that he recognized potential in Bakich early and credited him with helping to foster Vanderbilt’s recruiting reputation.

Vanderbilt is not Vanderbilt without Erik Bakich. He built a recruiting base that still stands today. The David Prices, the Pedro Alvarez's, the Dominic de la Osas, the David Macias's. Those are all because of Erik … You could just tell he had an engine that was just completely different than most people you meet. Just an unbelievable passion for teaching and coaching and being around people. He's got everything you would want in a teacher. 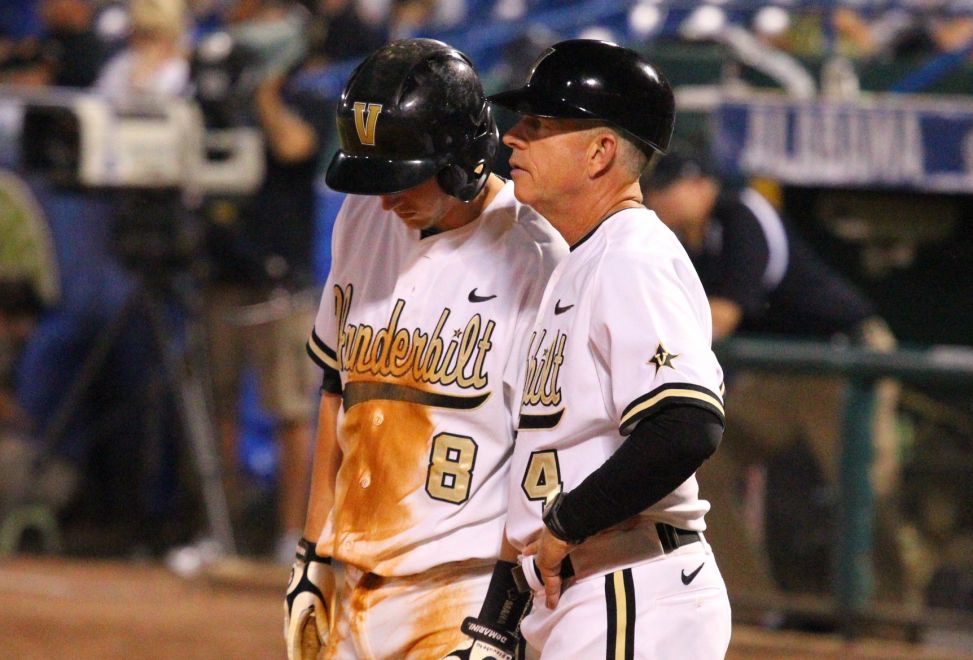 With a championship on the line this week in Omaha, how that relationship manifests itself in opposite dugouts remains to be seen. But Bakich echoed Corbin’s praise and said he would not be playing for an NCAA title at Michigan without Corbin’s tutelge.

You hear the phrase a lot about being in the right place at the right time and surrounding yourself with the right people. I felt like hit the jackpot with that when I got to Clemson. 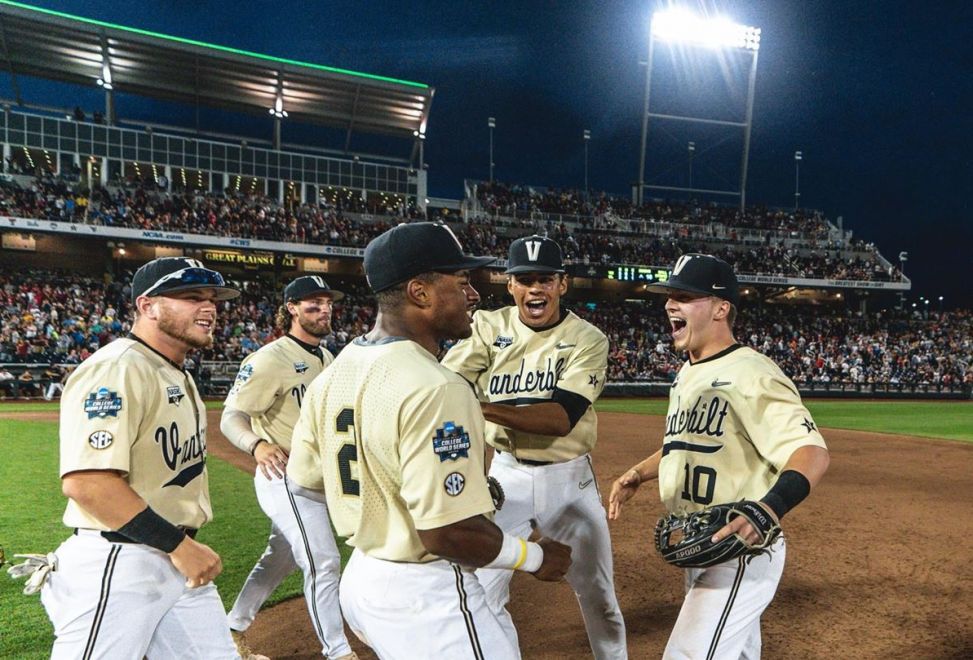 More notes ahead of the College World Series finals:

Rolling Wolverines
Michigan has momentum to thank for its berth in the College World Series finals opposite Vanderbilt.

The Wolverines closed the regular season 2-4, finishing second in the Big Ten after holding a strong lead late in the year. It lost its opener of the conference tournament and trailed by two runs with two outs in the bottom of the ninth in an elimination game against Illinois. But a dramatic walk-off win over the Illini propelled Michigan to three consecutive victories, enough to push it into the NCAA Tournament as one of the “last four in.”

Since then, Big Blue has been rolling. Michigan advanced past the Corvallis Regional and upset No. 1 overall seed UCLA by taking two of three in Los Angeles in the Super Regionals. Like Vanderbilt, the Wolverines have yet to lose in Omaha.

Bakich said his program knows how close it came to the end of the season. Now, that’s paying off.

If we don't have that, then we can't -- we don't understand what it's like to play on the other end of the spectrum. To be loose and play with a benefit system and a confidence like, you know, why can't we do this? 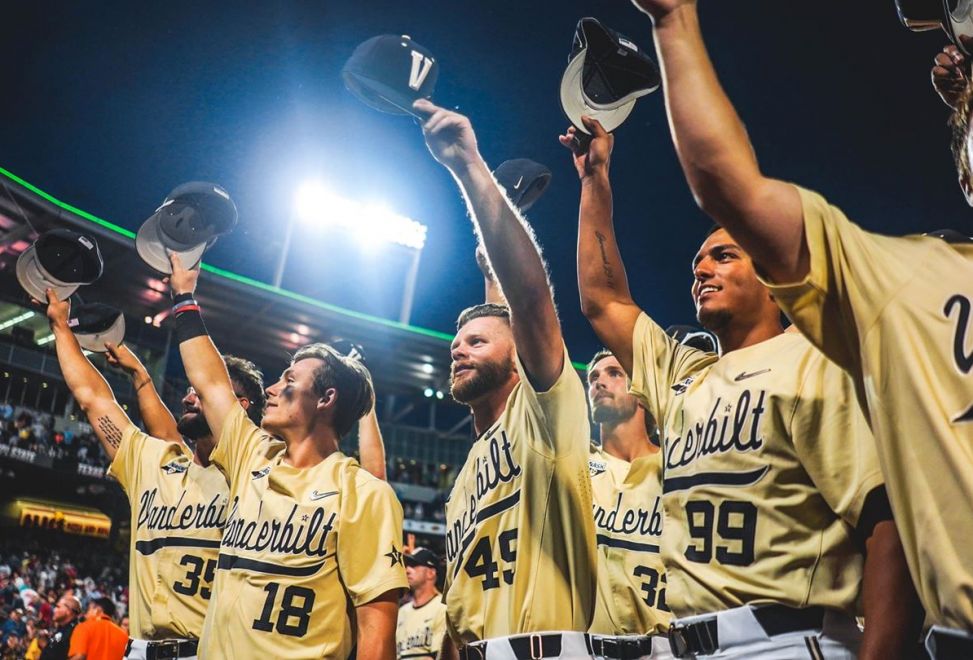 National-title pedigree
Corbin compared Michigan’s late-season surge to that of Vanderbilt’s championship run in 2014. Back then, the Commodores endured an up-and-down regular season only to find their groove after the SEC Tournament. The end result was a College World Series crown.

Been there, done that
Vanderbilt is the first school to reach the College World Series finals three times since the event moved to TD Ameritrade Park in 2011. The Commodores have reached the finals in each of their last three CWS appearances (2014, ’15, ’19).

• When Vanderbilt hosted its first football game at its brand-new football stadium on Oct. 14, 1922, its first opponent was Michigan. The game ended in a scoreless tie in the inaugural matchup at Dudley Field.

• Vanderbilt men’s basketball made its deepest run in the NCAA Tournament in 1965, which ended in an Elite 8 loss to Michigan.

• Football coaches Jim Harbaugh (Michigan) and Derek Mason (Vanderbilt) coached together in 2010 on Stanford’s 12-1 team that won the Orange Bowl.

• Basketball coaches Juwan Howard (Michigan) and Jerry Stackhouse (Vanderbilt) played together on the 2010-2011 Miami Heat squad, which lost in the NBA Finals in six games to the Dallas Mavericks.