Commodores out to defend title at event

NASHVILLE, Tenn. — Vanderbilt travels west to Jonesboro, Arkansas, this weekend for the annual Arkansas State Mid-Winter Invitational to be played at the Hijinx Family Center.

Fourteen of the 20 teams are ranked among the nation’s top 25. Here is more information on the event:

The field with rankings in parenthesis:

Vanderbilt will be streaming its games on its YouTube channel.

The Commodores will take their entire roster as they bus to the relatively nearby Arkansas destination.

Vanderbilt enters the tournament as the defending champion. It had a dominating performance at the 2019 event, earning the No. 1 seed during qualifying and averaging 239.7 to easily win the title match. In the two previous years Vandy turned in third-place finishes.

Senior Maria Bulanova was named the Southland Bowling League Bowler of the Month for January, the fourth time she has captured that honor. Bulanova was a key in Vanderbilt’s two team victories and third-place finish, winning the Northeast Invitational and placing sixth at the Prairie View Invitational.

Vanderbilt’s championships in Las Vegas and Philadelphia in January helped boost the Commodores into fourth place in the latest poll of the nation’s head coaches. The NTCA poll (complete poll attached) leads with McKendree, followed by Sam Houston, Nebraska and Vandy. 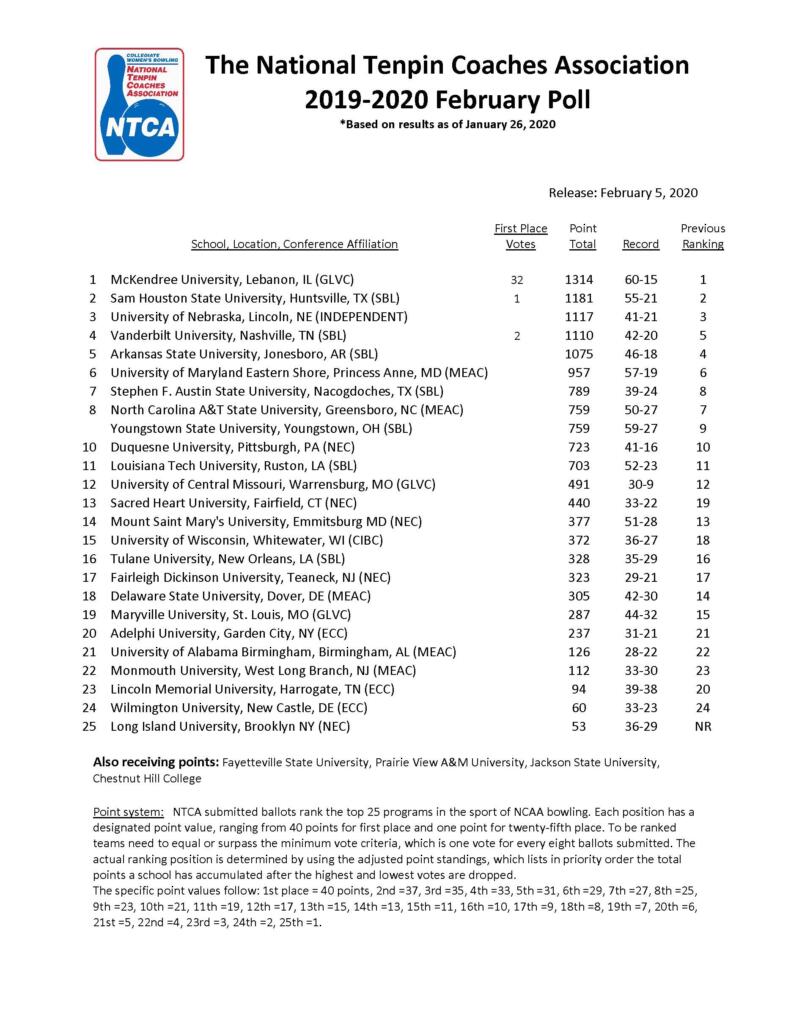