DAYTON, OHIO—Vanderbilt’s Jordan Newham climbed to rarified air Saturday at the Intercollegiate Singles Championship before losing to McKendree All-American Bryanna Clemmer, 226-194, in the title match. Newham had gained the finals berth with a solid 214-183 win over former Fairleigh Dickinson star Karsyn Lukosius in the semi-finals.

Reaching the championship match is in and of itself a significant accomplishment, one that only two previous Commodores have attained. Brittni Hamilton won the championship in 2011 and Robyn Renslow reached the championship match but also placed second in 2016. Hundreds of current and past collegiate bowlers from all corners of the country attempted to qualify for the 24 spots in the final bracket.  Newham’s  teammates Adel Wahner and Maria Bulanova were among those qualifiers but they lost in match play earlier in the week.

Newham bowled a steady championship game but Clemmer, the Division II NCAA Player of the Year, began the match with four strikes and a spare in the first five frames to seize the momentum in front of a lively audience also on hand to watch other championships be decided.. 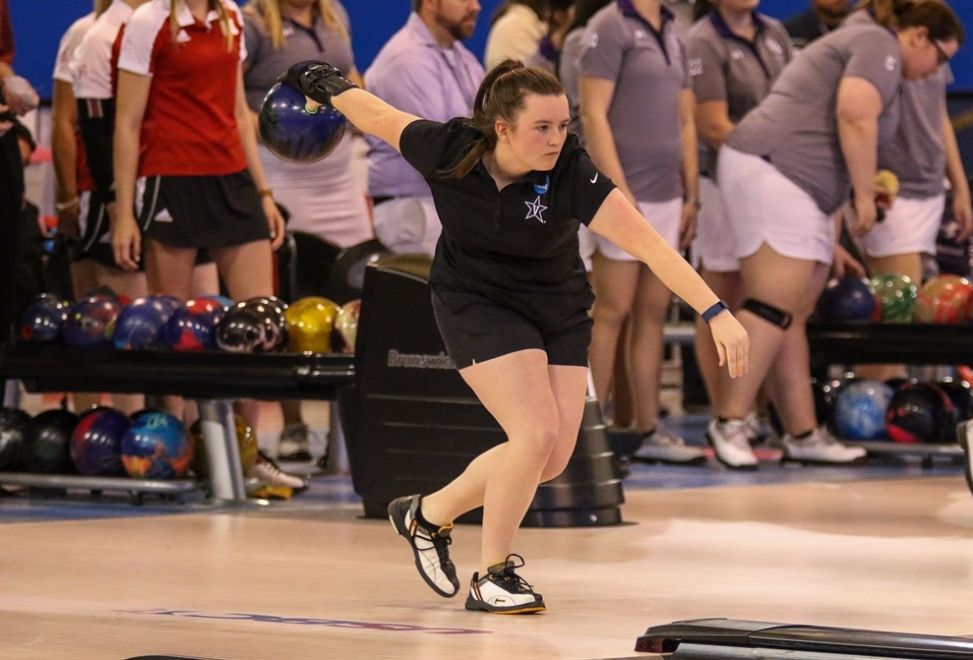 “The set-up was very similar to last week’s championship (NCAA finals in Cleveland) with the television lights and a big crowd,” Newham detailed, “but it seemed odd sitting there without my teammates. I was a little nervous to start the first game but my goal was to have fun and throw good shots and I feel as though I accomplished that.”

The tournament marks the last time Newham will don a Vanderbilt uniform in competition, a fact that hasn’t quite sunk into the soon-to-be graduate who earlier in the week learned she had been accepted into Vanderbilt’s Owen School of Business.

“I think most of my emotion was spent last week with my team,” Newham says.  “And I suppose when things slow down it will finally hit me that my college bowling is over.”

Newham, a native of Aurora, Ill., was one of the mainstays on Vanderbilt’s best three-year NCAA Championship run, helping lead the team to consecutive third-first-and second place national finishes.