NASHVILLE, Tenn. – The New England Patriots selected Joejuan Williams with the 45th overall pick of the NFL Draft. Williams was taken in the second round.

Williams becomes the 15th Vanderbilt player selected in the NFL draft in the last decade. He becomes the highest Commodore draftee since wide receiver Jordan Matthews was taken as the 42nd overall pick in 2014. 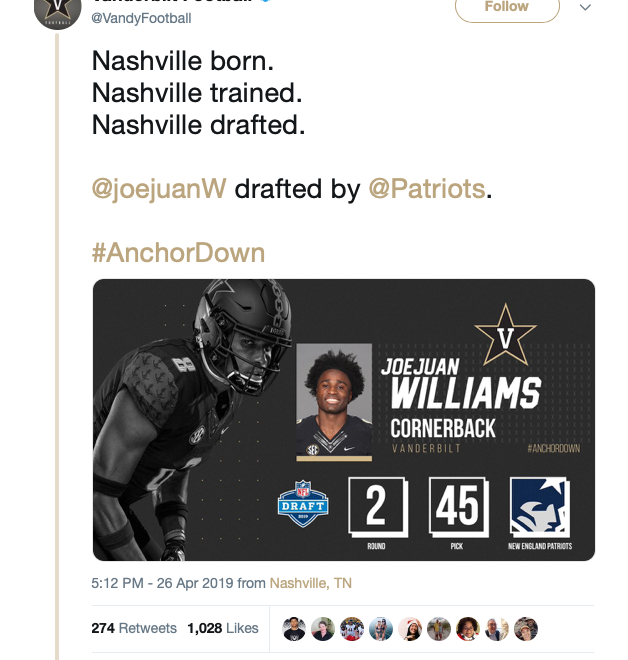 Williams, a defensive back from Nashville, earned All-Southeastern Conference recognition from the league head coaches and Associated Press as a junior.