NASHVILLE, Tenn. — The foundation for success has been laid for the future of Koi Love.

Vanderbilt’s featured freshman has put together a fine first season on the West End. She heads into this week’s Southeastern Conference Tournament as a bonafide Freshman of the Year candidate.

“Blessed,” Love said about the season she’s been able to put together. “(Vanderbilt head) coach (Stephanie) White, from recruiting, we’ve always talked about how we’re going to do some great things here. The sky is the limit.

“As long as we come in and work hard every day and just continue to get better we’re going to be just fine.”

Love, who has played all but one game for the Commodores and started in 12, has become a consistent scoring threat for Vanderbilt (14-15). Much of that is due to her work ethic and talent – but some of it can be contributed to necessity for a Vandy team which has had its fair share of injuries.

An Orlando, Florida, native, Love started the season as one of the team’s first options off the bench. But now she’s started 11 straight games going into Wednesday’s matchup with Auburn (10-17) at the SEC Tourney in Greenville, South Carolina.

“I think for me, personally, it was just having to step my game up,” Love said. “Understanding there’s a different mentality coming off the bench than starting. I think it made me a better player at the end when it’s all said and done. 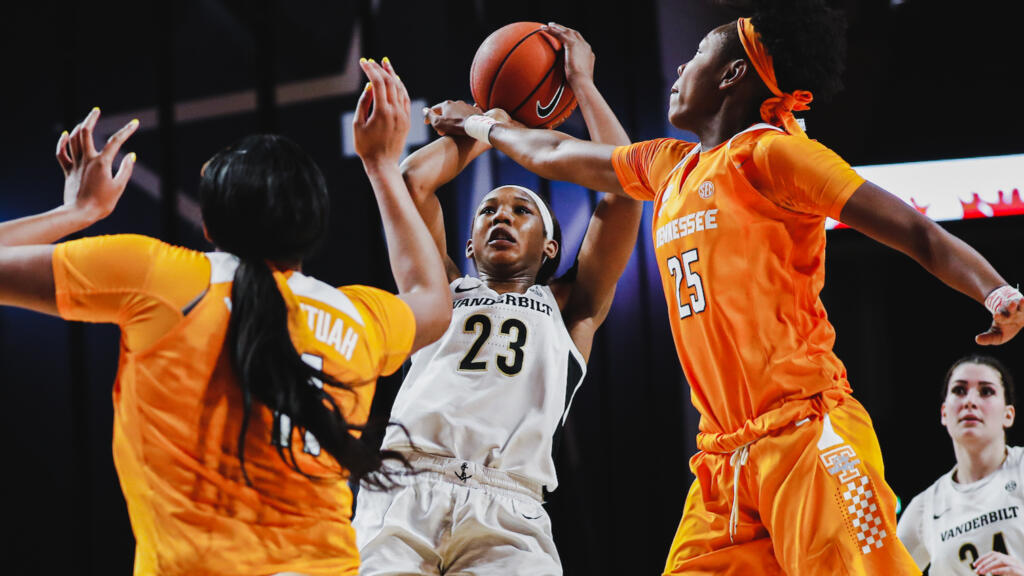 For the season, Vandy has gotten 6.2 rebounds per game from the Miami Country Day School graduate. Love is also averaging 1.8 assists and 1.1 steals per game while shooting 45.2 percent from the floor.

Nineteen times in 2019-20, Love has finished in double figures scoring. She said her growth as a player correlates with the growth of the Commodores.

“What I think for us as a team is that even with the losses and when things didn’t go our way, I think we grew as a team,” Love said. “As a freshman I got a lot of experience playing against some really good SEC teams. I feel like the upperclassmen have grown from their years in the past. I feel like everyone grew.

“I feel like coach White stepped up her game and coached at another level this year. I think everybody got a taste of what to expect for next year and things will just be better.”

Love was considered a top-100 recruit in the 2019 class and was named to the Naismith High School Girls’ Watch list as a senior. She averaged a double-double during her prep career, was named Florida’s ALL-USA Player of the Year, selected as a sixth-team All-American by MaxPreps and finished second (to North Carolina State’s Camille Hobby) in Florida’s Miss Basketball voting in 2019.

A four-time state champion as a high-school player, Love is now part of the changing direction for a Vanderbilt program trending in the right direction.

And she relishes that opportunity.

“Just looking back on my past I know that for me I’m just the type of player that loves to come in and help rebuild,” Love said. “I like doing the hard work and I think it’s hard work what we’re doing, but it’s fun. As you can see it’s paying off – we just beat 15th-ranked Kentucky (Sunday). There’s more to come.”