The legend of Kumar Rocker continues to grow

In the biggest game of his young career, Rocker was downright tremendous against the Wolverines in Game 2 of the College World Series finals at TD Ameritrade Park. Vanderbilt sunk Michigan 4-1 behind a stellar outing from Rocker, who allowed just three hits, one earned run and two walks while fanning a Vanderbilt College World Series-record 11 batters on 104 pitches. Rocker did more than neutralize the Wolverines’ bats; he helped the Dores avenge a Game 1 loss and force a winner-take-all Game 3 for the national championship on Wednesday.

Rocker’s freshman season has become a case study in consistency, which is why the Commodores trusted the 6-4, 255 to deliver on a tremendous stage. 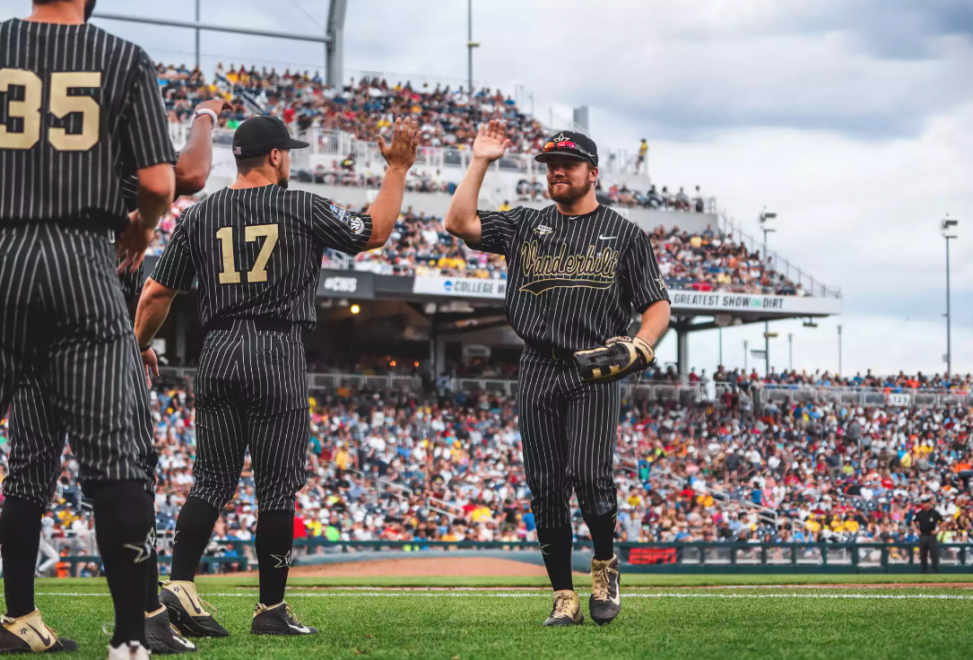 Michigan and Vanderbilt traded scoreless frames between Rocker and Wolverines’ freshman starter Isaiah Page for the first four innings. Michigan found its way on base with Rocker in both the third and fourth, but the freshman calmly escaped jams with two runners on in both innings to maintain the scoreless tie.

Soon, Vanderbilt offense gave its freshman starter some support. An Austin Martin RBI in the fifth preceded a pair of scores on consecutive wild pitches that made it 3-0 Commodores. Philip Clarke added a solo home run in the top of the seventh to make it 4-0 Vanderbilt. All the while, Rocker continued to stifle the Wolverines at the plate.

The freshman handed the ball over to reliever Tyler Brown in the top of the seventh with Vandy holding its 4-0 lead. Brown went on to close the door on Michigan — keeping the Commodores alive in their hunt for an NCAA title – but Rocker’s performance set the ultimate tone for Vanderbilt’s most recent win in Omaha.

The thing that I knew that he would give us is [he would] compete. There was no doubt in my mind … I felt like we had a chance today with him on the mound. 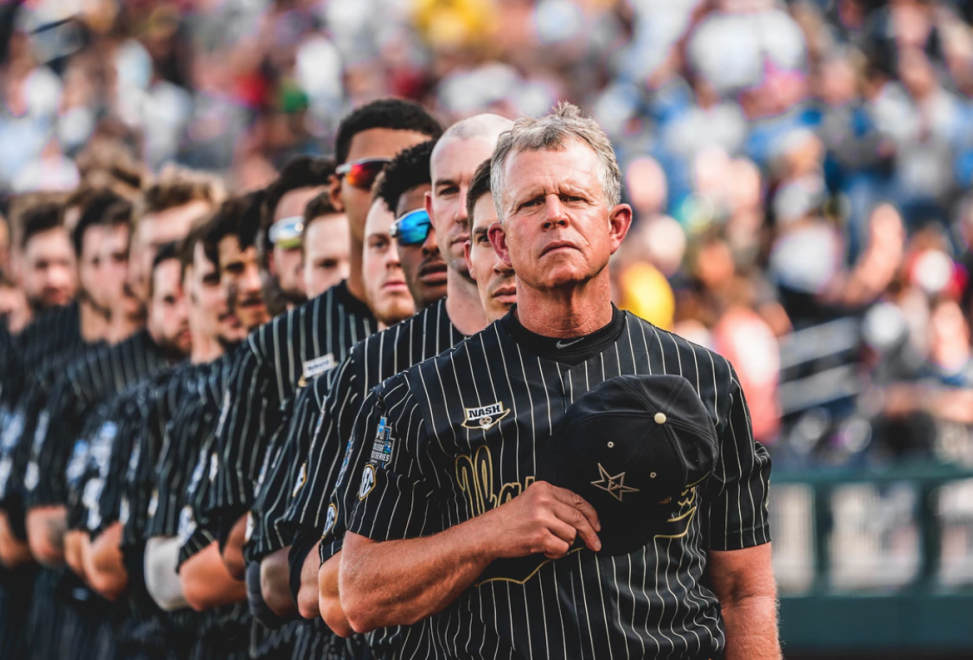 “I just think about my team and how they’re going to hit,” Rocker said. “They’ve got me if I fail.”

Clarke, who caught Rocker’s outing in Game 2, said the freshman behaves more like a seasoned veteran in big moments.

“It’s pretty incredible,” Clarke said. “I would say the main thing is it’s comforting for our team, to have a freshman that can do what he does on a daily basis, on a weekly basis. It gives us the energy that we need on a day like today.”

The ice in Rocker’s veins was evident earlier this month in Vanderbilt’s Nashville Super Regional against Duke. The Blue Devils had hammered the Dores, 18-5, in Game 1 before Corbin handed the ball to Rocker as Vandy faced elimination in Game 2. Rocker delivered in historic fashion, striking out 19 as part of the Commodores’ first individual no-hitter since 1971. That performance propelled Vanderbilt to a win in Game 3 and another trip to Omaha.

But Rocker has been at his best in the postseason. In four starts spanning the NCAA Tournament and College World Series, the freshman is 4-0 with a 0.96 ERA and just three earned runs in 28 innings pitched. Rocker has allowed just 15 hits and five walks during that span – all with a whopping 44 strikeouts. 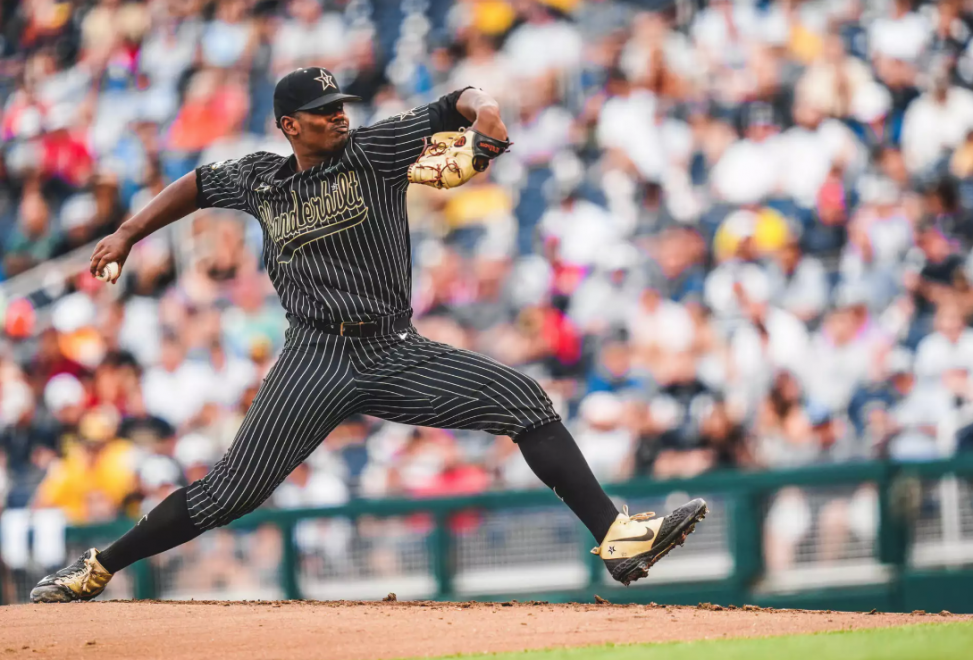 He's a director -- he's not an actor. You don't have to tell him what to do. There's a clear difference. He directs himself. When he's coached, he doesn't sit there and just 'yeah, yeah' you. He's curious. He asks good questions. He's a sponge. I just see a kid that wants to really learn and wants to really, really be good. He wants to be special. And he's got a chance to, because he pitches for his team. He said that, but that's not manufactured, that's a real feeling."

Rocker isn’t likely to throw another pitch in Omaha. Mason Hickman is Vanderbilt’s presumed started ahead of Wednesday’s winner-take-all Game 3 vs. Michigan (6 p.m. CT on ESPN). But on Tuesday, Rocker reflected on the trajectory of his freshman campaign, which began with a handful of sluggish outings in nonconference play. Now Rocker has a chance to cap his first season at Vanderbilt with a national championship. On that thought, the soft-spoken hurler couldn’t help but grin.

“To finish here, with this team,” Rocker said, “is awesome.”