NASHVILLE, Tenn. — First-year Vanderbilt defensive coordinator Nick Howell is looking for a certain type of individual to play his defense this fall.

“You’re either a hyena or you’re not. Coach Howell preaches to us every day, it’s an identity we have to live by every single day,” Vandy senior defensive end Elijah McAllister said. “It shows up on tape. It’s not about what you say. Hyenas show up on tape with their work. That’s kind of what we’re working toward every single day as a defense.”

Howell’s hyenas will make their debut Aug. 27 when Vanderbilt begins the 2022 season at Hawai’i. In the days and weeks before then, the first-year defensive coordinator is trying to build a cohesive and attacking unit hoping to greatly improve last season’s results.

Howell spent the last six seasons at Virginia before arriving in Nashville in January. 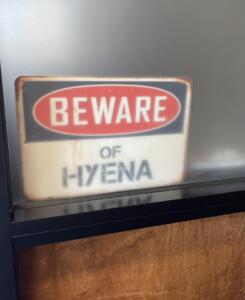 “Good start, good energy, guys are trying hard, guys are learning,” Howell said after Wednesday’s practice, the fifth of the preseason for the Commodores. “We’re still learning to try as hard as can, learning how to execute our assignments. There’s positives and negatives both ways, but guys are trying hard.”

Vanderbilt’s defense has plenty of returning pieces to work with as a foundation going into the campaign.

That gives Howell plenty of veterans to work with during preseason practice. But the veteran coach is looking for top competitors at every position regardless of class.

“It’s about getting the best players on the field and getting them in position where they can make plays,” he said. “That’s what we’re trying to do.”

Vanderbilt’s defensive structure looks like a 3-4 or 3-2-5 base on paper, but with so many hybrid, modern-age players there are positions in the alignment – such as what Vandy labels as “star” and “anchor” – which allow defenders to best use their respective skill sets. A veteran like McAllister, for instance, is a defensive lineman who traditionally puts his hand in the grass before the snap, but is able to position himself as an outside linebacker on other plays.

Howell hopes to feature a starting 11 of such multi-talented defenders, but above all, he just wants playmakers who attack like hyenas.

“It’s something that came up in the offseason,” Howell said. “We were watching the (Vanderbilt) women’s basketball team, how hard the effort – seemed liked everywhere the ball was, they were. Someone had mentioned they looked like a pack of hyenas and scrappy and stuff like that. We want to play hard, be scrappy, be tough.”