NASHVILLE, Tenn. – Vanderbilt head coach Jerry Stackhouse has added Andy Fox, Nicki Gross, and Adell Harris as Commodore Basketball support staff members. Fox joins the staff as the director of scouting and recruiting, Gross as the special assistant to the head coach, and Harris as the chief of staff. 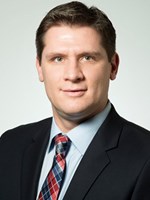 Fox has also recruited and developed several players who have played in the NBA.

Fox came to Louisiana Tech from Tulane, where he spent five years as an assistant coach and director of operations. He helped the Green Wave to back-to-back postseason tournament appearances with a trip to the Collegeinsider.com Tournament (CIT) in 2012-13 and to the College Basketball Invitational (CBI) in 2013-14.

Prior to his time with the Green Wave, he served as an assistant coach at The Citadel, where he helped the Bulldogs to their most successful stretch in program history, including a school record 20 wins and the first postseason appearance in school history in 2009. He also spent two seasons as a graduate assistant at Tennessee, where he helped lead the Volunteers win an SEC East title.

Fox earned his bachelor’s degree in 2004 in economics and health science from Cornell (Iowa) where he played basketball for four years. He was a two-year captain, earning All-Iowa Conference honors in 2004. He completed his master’s in sports psychology from Tennessee’s sports studies program in 2006.

Fox and his wife Tiffany have three kids — Brendan, Emery and Camille. 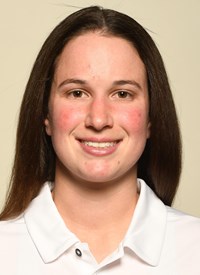 Gross has extensive basketball experience in the NBA and G League, where she served as the assistant coach with the Iowa Energy in the 2015-16 season and the Raptors 905 franchise from 2016-18, where she was a member of Vanderbilt head coach Jerry Stackhouse‘s staff. She was also the Energy’s head video coordinator in 2014-15 before being promoted to an assistant coach position. At the time, in 2015, Gross was the only female coach in the G League and third in its history, following assistant Stephanie Ready (2001-03) and head coach Nancy Lieberman (2009-11).

She also worked with the NBA Summer League for four seasons from 2013-16, where she helped in all matters of operations for the yearly event. 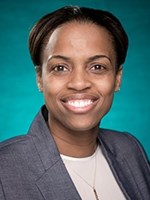 Adell Harris – Chief of Staff
Harris joins Stackhouse’s staff as the team’s chief of staff after a long career in collegiate basketball. She served as the head coach of the UNC Wilmington women’s basketball team from 2012-17 and before her time in Wilmington, was the head coach for Tusculum from 2009-12.

While at UNC Wilmington, she became one of the nation’s youngest NCAA Division I coaches at the age of 31. She amassed over 100 career wins as a head coach while also graduating every senior she coached.

Since her retirement from UNC Wilmington in 2017, Harris has written three books, “‘SIGNED’ The Essential Guide for Aspiring College Athletes”, “Refuse to Lose”, and “Dear Assistant Coach”, and embarked on personal speaking tours.

A four-year letterwinner at Wake Forest, Harris played in 106 games during her career with the Demon Deacons from 1998-2002. She paced Coach Charlene Curtis’ squad with 108 assists and averaged 4.6 points per game during her senior season as co-captain. Harris, who finished her career in 10th place on the Wake Forest career assists chart, graduated in 2002 with a bachelor’s degree in sociology.