Neal, from Yorktown, Indiana, inked a rookie deal with the Denver Broncos. Pinkney will stay close to his hometown of Norcross, Georgia, signing a rookie contract with the Atlanta Falcons. 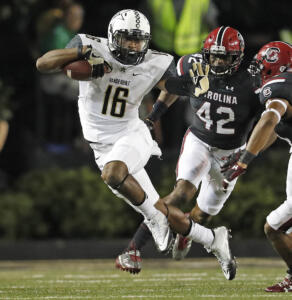 On Friday, Commodore teammate Ke’Shawn Vaughn was selected 76th overall by Tampa Bay. The running back was picked in the third round of the NFL Draft.

As a senior, Lipscomb hauled in 47 receptions, good for 511 yards and three touchdowns, all team highs for the Commodores. Lipscomb enjoyed a breakout season in 2018, earning second team All-SEC recognition from The Associated Press after accumulating 87 receptions, 916 receiving yards and nine touchdowns.

Lipscomb appeared in 48 games, including the 2016 Independence Bowl and the 2018 Texas Bowl. As a freshman in 2016, he contributed 27 catches for 319 yards and two touchdowns. As a sophomore, he increased his production, registering 37 catches, 610 receiving yards and eight touchdowns.

Lipscomb is working toward a degree in sociology from the College of Arts and Science. 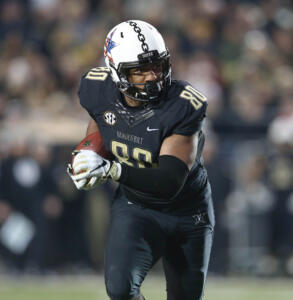 Pinkney ranks as one of the most productive tight ends in Vanderbilt history. The product of Norcross, Georgia, holds the team record for career receiving yards by a tight end with 1,560.

His reception and yardage totals that season were the most by a Commodore tight end since the mid-1980s.

Pinkney appeared in 50 games as a Commodore. He became a starter in 2016, catching 22 passes as a redshirt freshman. In 2017, he averaged 12.7 yards/catch as a nine-game starter.

Pinkney completed his undergraduate studies in December 2019, majoring in communication studies from the College of Arts and Science. 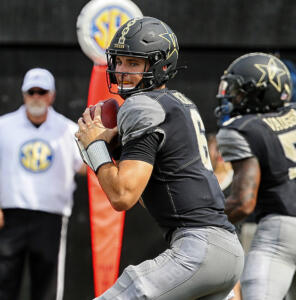 After the season, both Lipscomb and Pinkney participated in the Reese’s Senior Bowl in Mobile, Alabama, and the NFL Scouting Combine in Indianapolis.

Neal started 10 games at quarterback for the Commodores last year as a graduate transfer from Ball State. He completed 57.8 percent of his passes (149 of 258) for 1,585 yards and nine touchdowns. Neal’s top performance was a two-touchdown, 378-yard effort at Purdue.

Neal came to Vanderbilt after starting 34 games at Ball State where he passed for 7,393 yards and 46 touchdowns. He ended his collegiate career fourth among active quarterbacks in the NCAA with 8,978 passing yards.

Neal earned a bachelor’s degree in business administration from Ball State in 2019. He is working toward a master’s degree in learning, diversity and urban studies at Vanderbilt.

Like Neal, Shelton-Mosley came to West End after a strong undergraduate career at Harvard. He played in 11 games last year, primarily as a wideout and return specialists. As a wideout, Shelton-Mosley finished the year with 14 receptions for 97 yards, 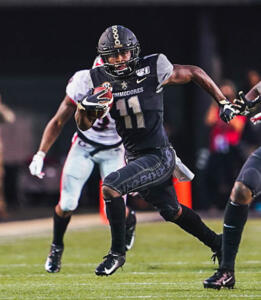 Shelton-Mosley enjoyed a stellar career at Harvard, amassing 148 receptions for 1,921 yards and seven touchdowns. He also averaged 24.6 yards on kickoff returns and 14.4 yards on punt returns. He took three punt returns for touchdowns for the Crimson.

Shelton-Mosley earned a bachelor’s degree in economics from Harvard in 2019. He is scheduled to complete a master’s of marketing in May from Vanderbilt’s Owen Graduate School of Management.