Vanderbilt had its matchup with Ohio State well in hand when starting pitcher Drake Fellows headed to the dugout in the middle of the eighth inning. The Commodores were leading the Buckeyes 8-2 in their NCAA Regional opener at Hawkins Field.

When Vandy returned on defense at the top of the ninth, Fellows told Vanderbilt’s staff he had no intention of clocking out of work early.

Fellows returned to the mound and capped a lethal outing against the Buckeyes in Vanderbilt’s 8-2 victory in its NCAA opener. The junior ace claimed the complete-game victory by allowing seven hits and just two runs while striking out nine. Along the way, Fellows improved his unblemished record to 12-0 and gave the Commodores a boost in the NCAA bracket.

I told them I was going back out. 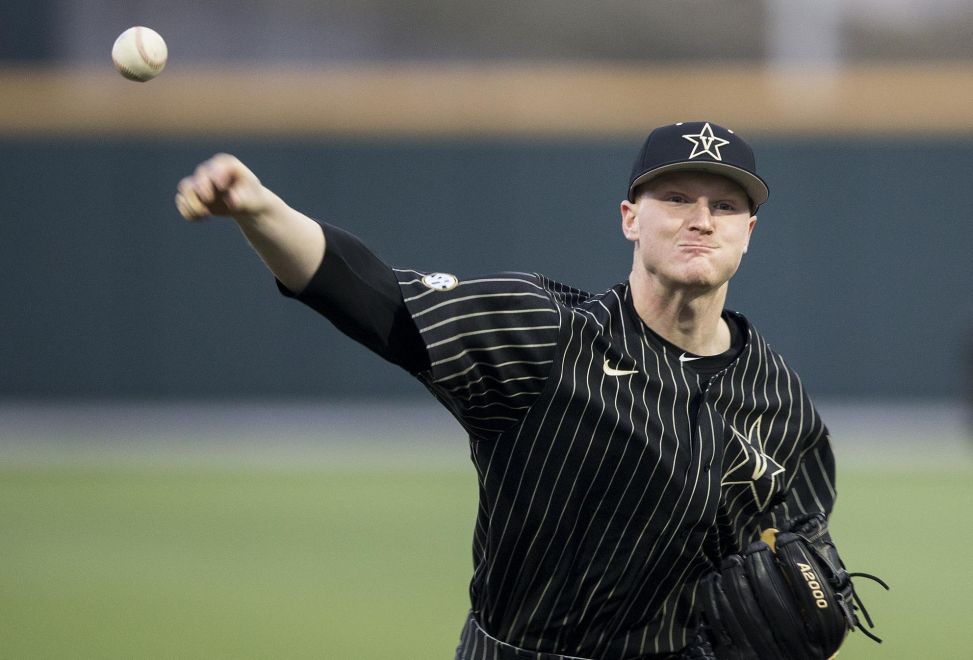 Afterward, Fellows was all smiles when asked to react to his start-to-finish performance.

On Friday, Vanderbilt and Ohio State traded leads as Fellows struggled to settle down early. The Buckeyes were getting on base, and Commodore pitching coach Scott Brown made his way to the mound on two occasions aiming to calm Fellows’ nerves.

But Fellows eventually found his groove; he escaped a bases-loaded jam in the fourth with a final strikeout that sent Vandy to bat with a 4-2 lead. Ohio State didn’t score again after that.

Drake Fellows settled into the game very, very well. He pitched strong in the middle innings to calm the waters and allow his offense to do something. 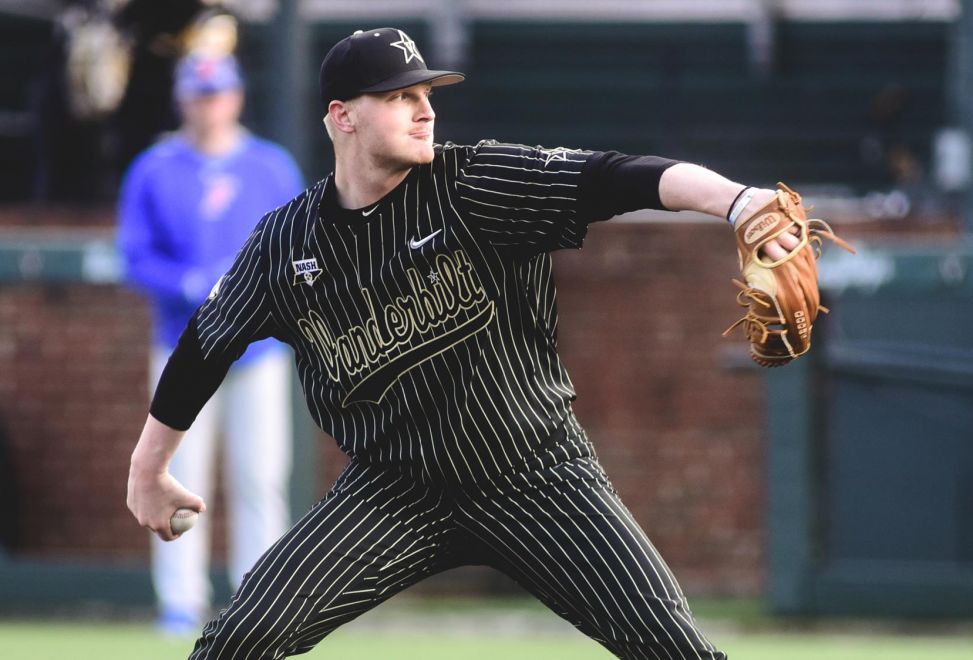 “He just left it on the field,” Corbin said. “He did what he’s done for such a long piece of time. He’s a kid who is a bend guy, but he doesn’t break. That certainly was the case tonight.”

After Fellows retired three straight batters in the eighth, the Hawkins Field crowd roared when the junior jogged to mound at the top of the ninth, looking to close things out. He struck out Zach Dezenzo for the Dores’ first out. After a throw-out at second, Fellows slammed the door with a final, authoritative strikeout of Ohio State’s Marcus Ernst, who went down swinging in front of a rowdy black and gold audience.

Drake has done this before. He's one of those guys who, he's able to find himself in the fourth or fifth [inning]. Once he finds himself deep into the ballgame, he's been very good at going the distance. 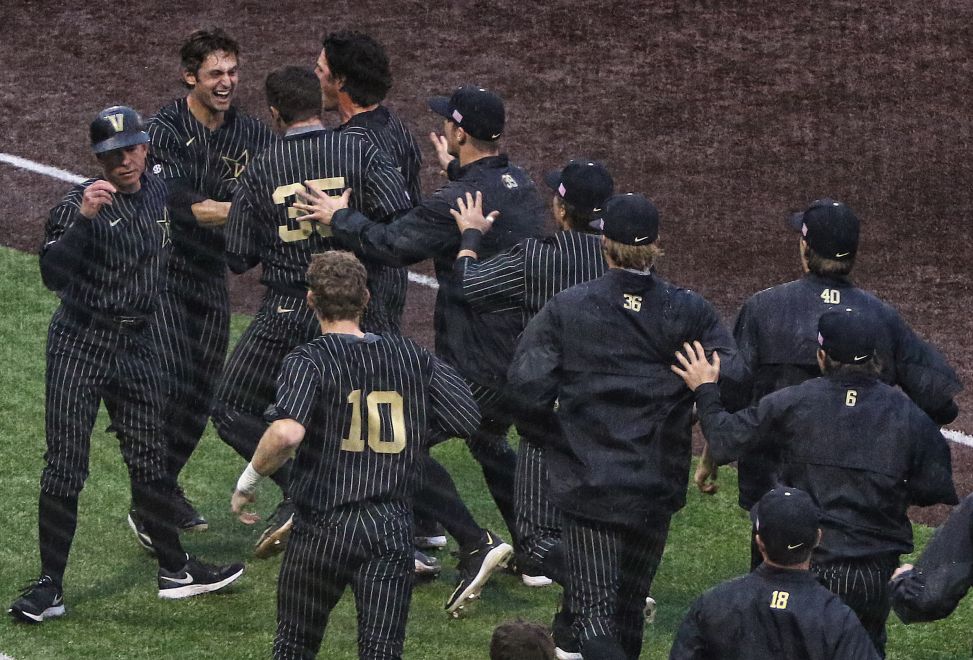 Fellows tied a season-high with 116 pitches and weathered adversity along the way. But as Vanderbilt advances to face Indiana State on Saturday at 6 p.m. CT at Hawkins Field, it moves on in the bracket with a fresh bullpen of arms. Fellows needed no help on Friday. That could bode well for the Dores going forward.

Fellows’ endurance is perhaps the biggest reason that Vanderbilt rides into Saturday fresh off a win. As tournament mojo goes, the Dores are thankful for any surge of momentum in postseason play.

“It’s huge,” senior Stephen Scott said. “We came into this tournament saying that it was an Ohio State tournament. That’s really the way we took it. We were going to try to take care of our business first with this, and then worry about whatever comes after later.”