The Brownlee O. Currey Jr., Tennis Center was completed in November 1993. With the opening of its doors, the Vanderbilt tennis program provides one of the finest tennis facilities in the nation for varsity collegiate tennis. Plans for the new tennis center were unveiled in April 1993 when former Director of Athletics Paul Hoolahan announced that a $2.2 million project was being made possible by the generous benefactors of Vanderbilt tennis. Nashville businessman Brownlee O. Currey Jr. spearheaded the fund-raising for the project. Additional gifts were made by the Joe. C. Davis Foundation, the Fleming Foundation and Mrs. Joanne Fleming Hayes. The previous tennis center, which had provided three indoor courts, underwent several changes throughout the renovation. A two-story, 16,000-square-foot addition was made to the existing indoor structure, providing enough space for five indoor courts. The lower level of the facility houses spacious locker rooms for both varsity teams as well as a training room and locker room space for visitors. 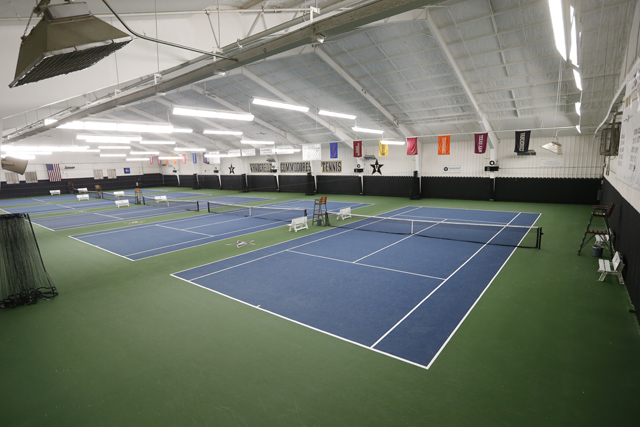 A special feature of the center is a state-of-the-art audio/visual room, also located on the second floor. Small video cameras are mounted at the north end of each indoor playing court, allowing the coaches to monitor and record matches in progress on all five courts. The room also serves as a classroom for the coaches and their teams. In addition to the changes of the interior of the tennis center, the building was given an exterior face lift as well. Its new red-brick exterior now matches the architecture of many buildings on the Vanderbilt campus. The fundraising for the renovations of the outdoor tennis courts began in 2001, and five years later fans and athletes are enjoying the fruits of their patience and labor. The $5 million project was completed just in time for the beginning of the 2005 tennis season, where the team advanced to the NCAA Sweet Sixteen for the seventh consecutive year. The new outdoor complex at the Brownlee O. Currey Jr. Tennis Center includes nine lighted courts and seating for more than 1,000 spectators. The new facility also features vending areas and restrooms. One of the most dazzling features of the new facility is its state-of-the-art lighting system. The courts are lighted with the most powerful lights on the market so matches can be easily televised at night. The inaugural season of the outdoor facilities drew more fans out to support the Commodores due to the added comfort and accessibility. During the 2008-09 season, Vanderbilt added an electronic scoreboard to the outdoor courts, allowing fans to follow the action more closely. Electronic scoring was also added to the indoor courts at the same time. In the summer of 2009, Vanderbilt unveiled a new All-American display inside the Currey Tennis Center. The display recognized every tennis All-American who has donned the Black and Gold. 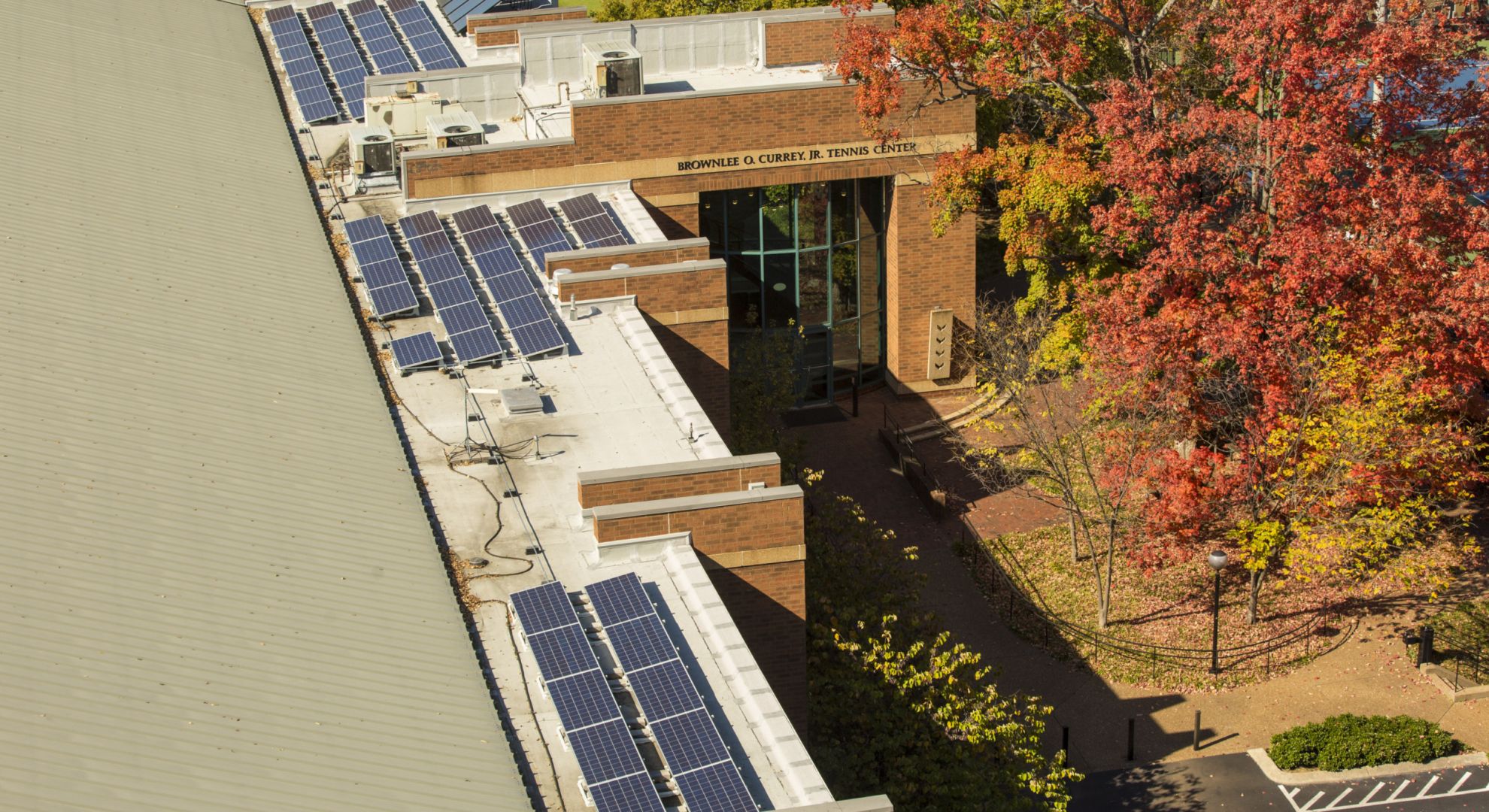 New lights were installed inside the Currey Tennis Center before the 2012-13 season. Before the 2013-14 academic year, the indoor and outdoor courts were resurfaced and changed from green to blue.In 2014, Marie Casares, a former member of the Commodores’ women’s tennis program (2011-15), played a role in pushing Vanderbilt athletics to the forefront of sustainable energy on campus. She proposed the installation of solar panels atop the Currey Tennis Center, where she once starred as a Commodore student-athlete. Since their compete installation in the fall of 2016, the panels have greatly reduced the building’s energy consumption, and they could be the precursor to a renewable energy movement across Vanderbilt’s campus.

In all, 67 Solar Laminate PVL panels and four SunMaxx Thermopower panels were placed on the roof. According to women’s tennis head coach Geoff Macdonald, the panels are built to last 25 years, and the early returns suggest a wise investment: in its first three months, the system cut natural gas consumption at the Currey Center by 40 percent.

A ‘bright’ future at Vanderbilt