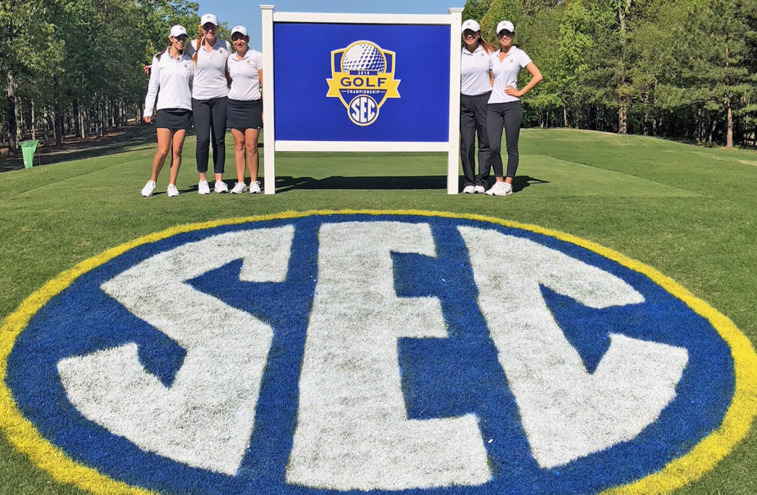 The Vanderbilt women’s golf squad looks to continue its momentum at the revamped Southeastern Conference Championship, which starts Wednesday in Birmingham, Ala.

Head coach Greg Allen’s Vanderbilt squad, one of six SEC programs ranked among the top-25 in the nation, enters the important conference tournament off a decisive victory at the Brickyard Collegiate, its first team win in nearly three years.

The Commodores, featuring three freshmen among their starting five, will open SEC Championship play at 8:50 a.m. Wednesday. The Commodores, ranked No. 21 by Golfweek and No. 24 by Golfstat, will tee off with Florida and Auburn.

League officials have modified the women’s tournament this year, initiating a match-play playoff of the top eight teams from 54 holes of stroke play. The SEC’s new tournament format matches the NCAA Women’s Championship scheduled in May.

Allen is looking forward to seeing his rising Commodores compete in the rest of the powerful conference.

“I’m really excited about the opportunity to compete for an SEC championship,” Allen said, “and even more excited to show up with a group of young ladies that are playing well and are very confident in their abilities.

“Our goal will be to create a game plan that gives each girl a chance to play her best during stroke play. We’ll take it one day at a time and show up each day with a great attitude, ready to play hard. This team has done a really good job of taking that approach all year and I’d expect nothing different this week,” Allen added.

Allen’s Commodores are playing their best golf entering the SEC tournament. They have notched three top-five team finishes in their last four tournaments, highlighted by the commanding Brickyard Collegiate win and a fourth-place result at the Clemson Invitational.

Baxendale, a candidate for SEC Freshman of the Year consideration, enters the SEC with confidence. Baxendale became the team’s first tournament medalist this year, shooting a three-under par total of 213 to win the Brickyard Collegiate. Baxendale, the reigning SEC Freshman of the Week, also has been a consistent performer, finishing among the top four Commodores in all eight tournaments this season.

Carlson, the Commodores’ highest ranked player, also enters in excellent form, coming off a tie for fourth place at the Brickyard. Her yearly stroke average of 73.04 leads the team and ranks 18th in the SEC.

Yu continues to impress in her first year as a Commodore. In her last performance, Yu competed with Baxendale for medalist honors at the Brickyard before finishing tied with Carlson for fourth place.

Like Baxendale, Zeng has been a consistent contributor for the Commodores, ranking among the team’s top four scorers in all eight tournaments. She also registered a top-10 finish at the Brickyard.

Green has been extremely valuable to the team’s success since leading the Commodores’ performance at the UCF Challenge in February when she finished third in the medalist competition.

In 2017, the Commodores finished ninth at the conference tournament with a three-day total of 882.

Vanderbilt’s 2014 conference title came at Greystone Golf and Country Club in Birmingham, the site of this week’s tournament. The 6,278-yard championship layout plays to a par 72.