Mike Wright from 67 yards out 💨 pic.twitter.com/ZOSgc1Ze4U

NASHVILLE, Tenn. — Vanderbilt’s offense put on a show in the first half of Saturday’s annual spring game leading the White Team to a 68-30 victory over the Black Team at Vanderbilt Stadium.

Wide receiver Will Sheppard and quarterback Mike Wright had notable performances in the culmination of spring practice for first-year head coach Clark Lea.

“Spirited spring, good finish to what have been 15 really good practices for us,” Lea said. “We have a long way to go – I think every team in the country is that way. But it was fun to get out here and celebrate somewhat with our fans and families. We’ll get back to work Monday continuing on this journey.

“I was pleased with the progress we made and felt like we took some strides today. We have a lot of work ahead of us.”

The day began with the offense driving inside the 5, but consecutive false start penalties and three incompletions – one of which was nearly intercepted by Donovon Kaufman – set up a 32-yard field goal from Jared Wheatley, which was true.

It took the offense just two plays to find the end zone after that as Wright connected with a streaking Sheppard down the left sideline for a 62-yard completion. On the ensuing series Wright hit Sheppard again on a deep ball into the right corner of the end zone for another touchdown, this one from 24 yards out.

Will Sheppard’s third touchdown catch of the day pic.twitter.com/SGktAKVg2s 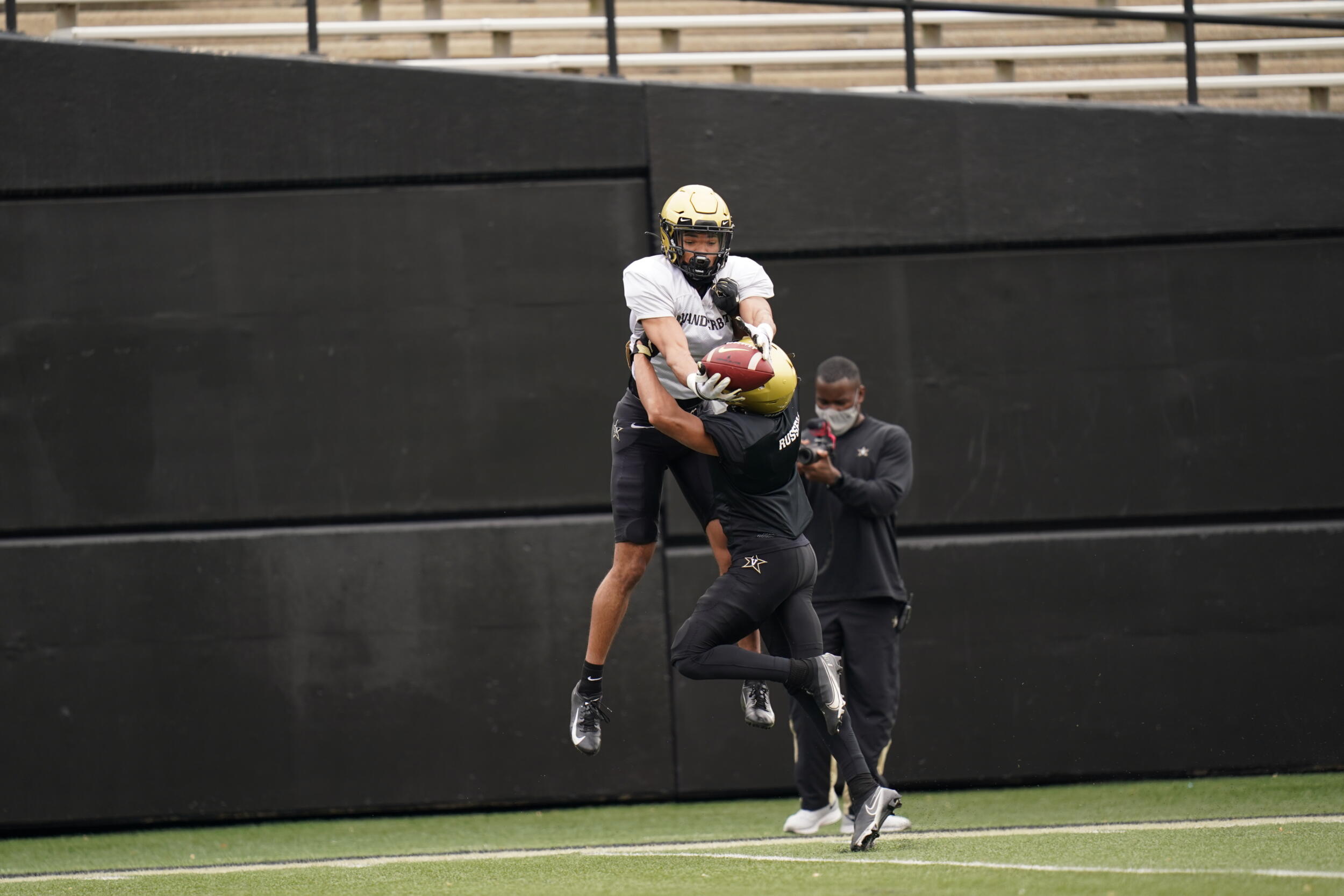 Quarterback Jeremy Moussa and tight end Gavin Schoenwald joined the scoring fun with a 10-yard touchdown pass in the first quarter. Sheppard grabbed his third touchdown catch of the day, a 6-yarder from Ken Seals, early in the second quarter.

Wright used his legs for the next score, a 67-yard scamper down the left sideline. Later in the second quarter Re’Mahn Davis found pay dirt with 46-yard run through the right side of the line.

Rocko Griffin scored on a 3-yard run with 3:34 left in the first half. The White Team went to the locker room up 51-18 on the Black Team.

“The defense has a had a really good spring. They really pulled back on their play menu (today),” Lea said. “There’s no need to show everything. I thought the offense found a rhythm today and I think that they’ve kind of been building to that.”

Moussa started the second half by scoring on a designed quarterback run from 19 yards out. Logan Kyle followed that score by taking a 68-yard reception via a Moussa pass.

Put the jets on, @LoganRKyle.

A 68-yard touchdown for the sophomore. #AnchorDown pic.twitter.com/3rUUsLaNTz

Wheatley booted a 33-yarder in the fourth quarter to complete the scoring.

Vanderbilt will now look to the offseason before the start of fall camp in August. The Commodores open the 2021 season by welcoming East Tennessee State on Sept. 4.