NASHVILLE, Tenn. — Vanderbilt’s representation at the 120th U.S. Open ended Friday as three Commodores missed the cut among the field of 156.

John Augenstein, a current fifth-year senior at Vandy, finished at 9-over after a first-round 74 and second-round 75. 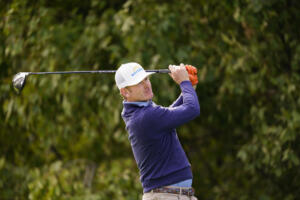 Former Commodore Brandt Snedeker ended his tournament with a +12 after shooting 75 in the opening round and 77 in the second round. Former Commodore Matthias Schwab finished at +14 after posting back-to-back 77s.

While Schwab and Snedeker will continue their seasons on the PGA Tour, Augenstein will return to West End to compete for Vandy during the 2020-21 season. Augenstein is also scheduled to take part in the Masters Tournament from Nov. 12-15.