Lewis makes his way to Nashville after a standout high school career at Bishop O’Connell in Arlington, Virginia, and will have four years of collegiate eligibility.

“We are thrilled to have Paul officially join our Vanderbilt program,” Stackhouse said. “He is a skilled guard with the ability to play both guard positions. His playmaking abilities, basketball IQ and stellar performance in the classroom make for a bright future as a Commodore both on and off the court.”

A three-star prospect according to Rivals, 247 Sports and ESPN, Lewis earned All-State first team in Virginia as a senior. He was nominated for the 2022 McDonald’s All-American Game. 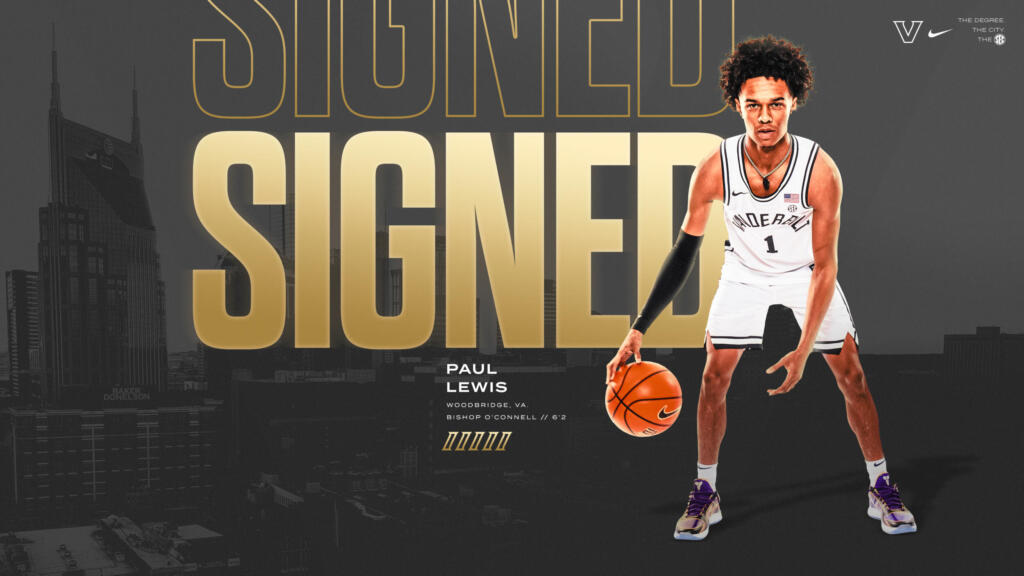 He secured All-Washington Catholic Athletic Conference second team accolades as a sophomore and again as a senior. Throughout his high school career, the guard averaged 14 points, five rebounds and four assists per game.

On the AAU circuit, Lewis suited up for DC Premier.