NASHVILLE, Tenn. — The preseason PGA Tour University Velocity Global Ranking for the Class of 2023 have been announced and Vanderbilt fifth-year senior Reid Davenport will begin the 2022-23 season ranked sixth.

Eligible players in the Class of 2023 must enroll with PGA TOUR University in order to be included in the regular season Velocity Global Ranking. Player registration is open and the complete Class of 2023 Ranking will be released prior to the start of the fall season in August.

Since the first PGA TOUR University class graduated in June of 2021, alumni have combined for five professional victories.

PGA TOUR University presented by Velocity Global will be featured on GOLF Channel each Wednesday on Golf Today and within weekly live tournament coverage as well as across GOLF Channel and PGA TOUR digital platforms throughout the season. 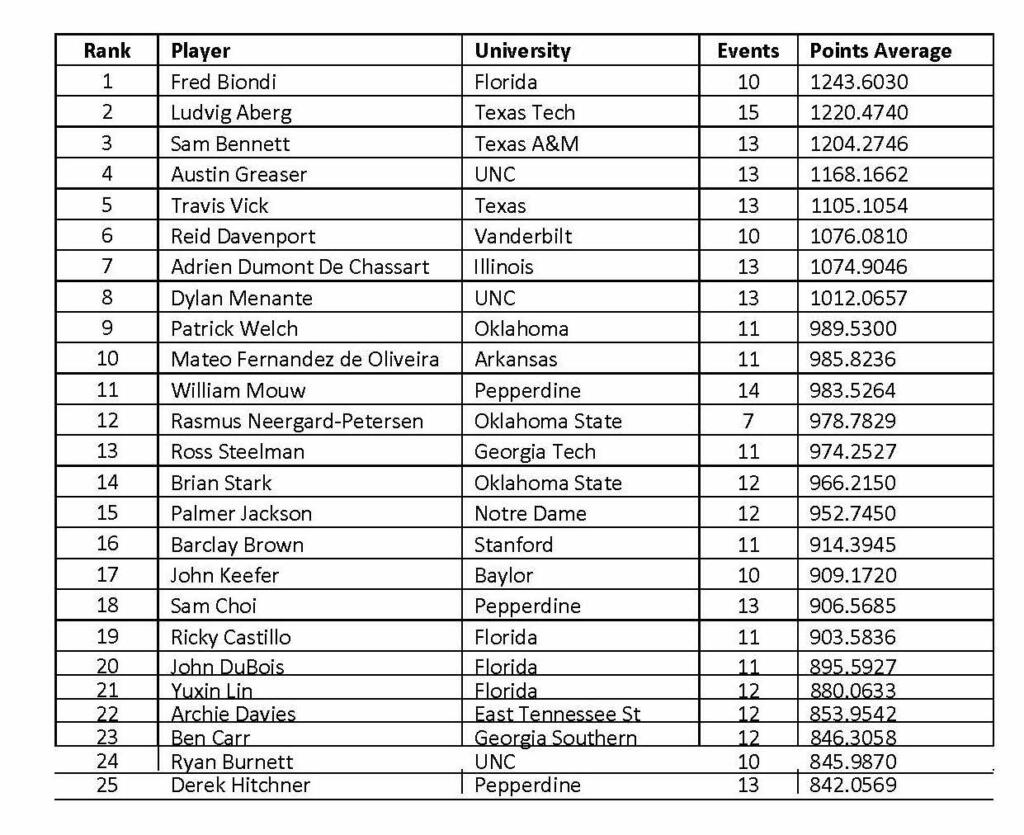