Commodores Clicking During the Summer

NASHVILLE, Tenn. — For 2 1/2 weeks, the Commodores have been hard at work preparing for the start of the 2022 season. On Wednesday, they took a bit of a respite during the team’s visual media day.

For about eight hours inside the McGugin Center, Vanderbilt student-athletes had their official photos taken ahead of the ’22 campaign.

“If we could play tomorrow I’d be ready to play tomorrow,” senior defensive back Justin Harris grinned after his shoot was done. “All these guys are itching to play, I know we’re going to have fun in Hawai’i and we’re looking to come out of there with a win.”

Harris, whose summer also included an engagement, is one of the veterans on what is known in-house as Team 2 looking to continue to turn Vandy football in a positive direction. He and the Dores arrived back to campus June 4 and started summer workouts June 5.

The following weeks have included grueling morning training sessions intended to get the Commodores mentally and physically prepared for the season ahead. 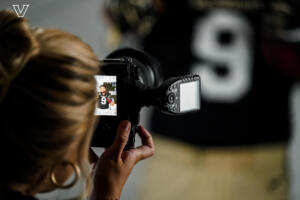 “It’s been a grind, man. We’re getting buried every day but it’s good for us,” senior tight end Gavin Schoenwald said. “Last summer we were still kind of adjusting to everything – learning new plays but also learning what (strength and conditioning) coach (Brandon) Hourigan wants in the weight room. But the biggest difference is guys are buying in. Instead of coming back to the locker room and looking defeated, anything that’s thrown at us now we’re trying to crush the best we can.

“It’s been unbelievably tough – I’m an old guy now. It’s been the toughest summer by far, but it’s been kind of the one where we’ve taken the most ownership of so that’s been good.”

Added junior offensive lineman Bradley Ashmore: “We know what we’re doing now is going to build us into the best team we can be when we take that field. We know every day is important.”

Organized and continuously run smoothly by director of operations Casey Stangel and assistant director of operations Caitlyn Manning, Commodores were funneled in and out of four stations Wednesday that included a full-uniform shoot, a video station for Vanderbilt Stadium scoreboard introductions, a shirt-and-tie shoot and an optional lifestyle shoot. Freshman defensive lineman BJ Diakite was the first player to arrive at 8:20 a.m.

Soon thereafter music was blasting through the hallways and a steady stream of student-athletes were making their way from room to room. Senior defensive lineman Daevion Davis requested a specific song to be played during his uniform shot, assistant coaches Justin Lustig, Joey Lynch and AJ Blazek dropped in to check out the action and the Patterson brothers – senior Kane and freshman Langston – cut up for the cameras simultaneously. 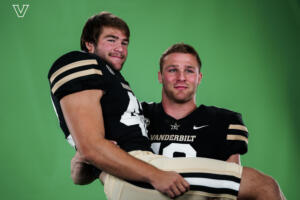 “You can see it in the bond that the team has, the bond that we have with the coaches,” Harris said of the energy emulating through the building. “That’s something I haven’t seen in the past and you can really tell that we’re bonding to what the coaches are saying and the culture that they’re trying to put into the program.”

Vanderbilt has about a month left before the official start of fall camp (July 29) and two months before it makes its debut Aug. 27 at Hawai’i in the season-opener. The Dores will also make an appearance at SEC Media Days on July 19 at the College Football Hall of Fame in Atlanta.

From now until those important marks on the calendar they will continue to build from within before showing out.

“Progressively we had a group of guys at the top buy in and then we just bring more guys up, up and up. Next thing you know you’ve got more than half the locker room and then you’ve 60 percent and 70 percent,” Schoenwald said. “We’re trying to work toward 100, obviously, and that’s through the guys coach (Clark) Lea has brought in through transfers and a great group of freshmen. It’s an awesome start.

“It’s really just about changing mindsets. I remember coach Lea’s introductory press conference where he said, ‘heartbeats and habits.’ That’s not necessarily something we talk about directly, but it’s the truth. It’s about what you do and how you think about what you’re doing. That’s really what we feel like is changing.” 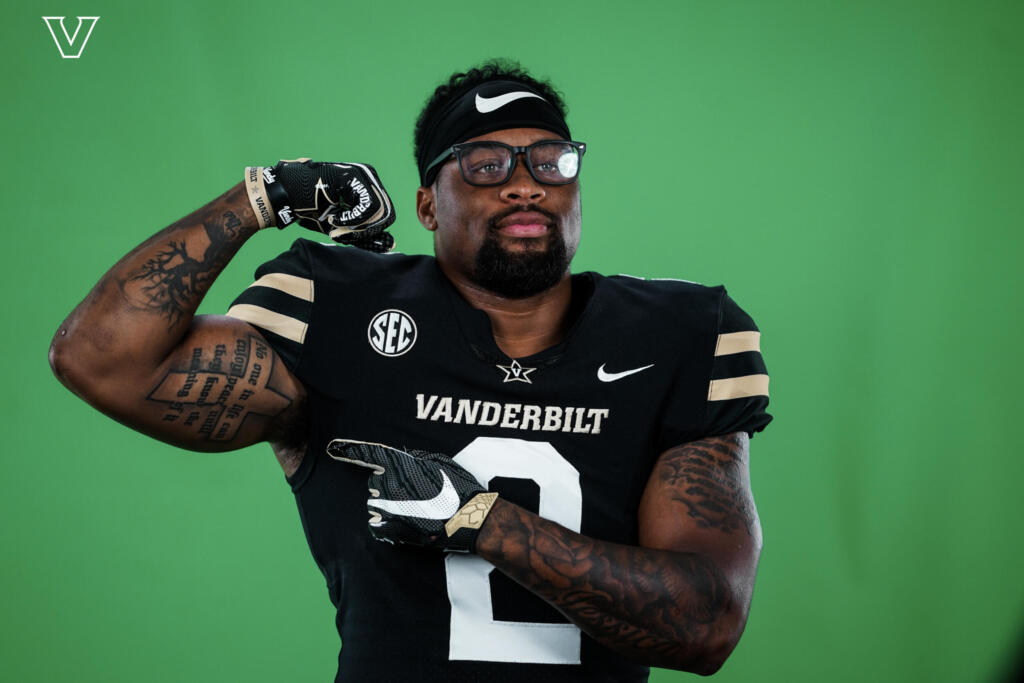