When opportunity knocked, Ty Duvall was there to answer. Duvall, Vanderbilt's junior catcher, was the light that sparked a game-changing offensive surge for Vanderbilt during its NCAA Regional final matchup with Indiana State on Sunday.

In the bottom of the sixth inning at Hawkins Field, the Lebanon native drilled a grand slam with two outs to break open a tight 2-1 game and give Vanderbilt a commanding 6-1 lead. Duvall’s timely heroics helped the Commodores catch fire at the plate and drop the Sycamores, 12-1, and claim the NCAA Nashville Regional.

With the win, Vanderbilt advanced to its eighth Super Regional in the last 10 years, where it will host No. 3 seed Duke next weekend at Hawkins Field. Though a number of hitters fed into the Commodores’ Sunday surge, Duvall’s big-bat moment was a key swing that tipped the scales in Vanderbilt’s favor.

Seeing the ball leave the yard was probably one of the best feelings I've ever had. 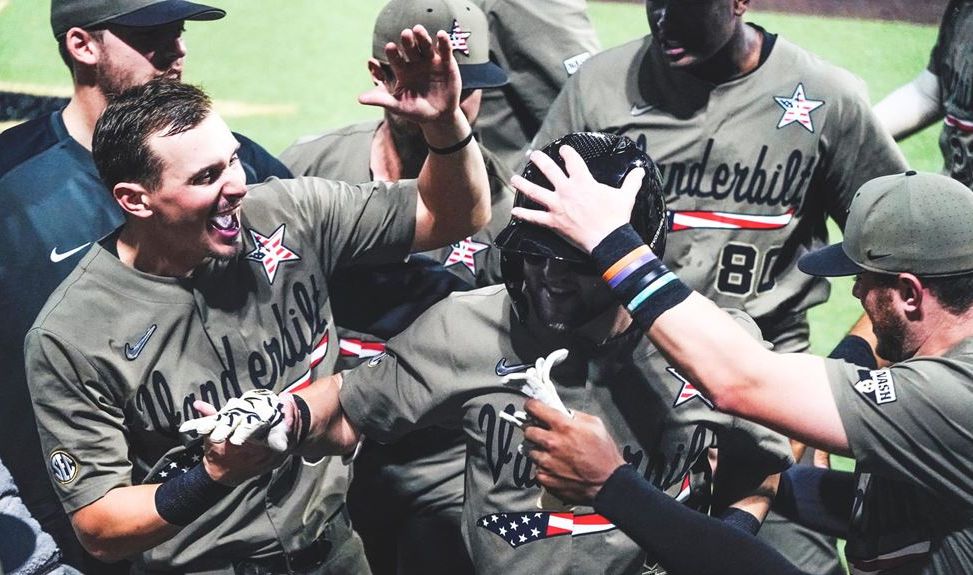 On the surface, Duvall emerged as an unlikely hero in Vanderbilt’s dinger-swatting lineup. He had just four home runs on the year entering Sunday. But Commodore head coach Tim Corbin was quick to praise the dependability of Duvall, who had 19 hits in his previous 25 games, as well as 29 RBIs in that span.

Duvall’s bases-clearing shot was one of four Vanderbilt home runs on the night, including two from senior teammate Julian Infante, the eventual NCAA Nashville Regional MVP. The Commodore offense heads into Super Regionals having recorded 87 home runs on the season and counting – a new single-season program record. Duvall is just one ingredient in a bigger recipe, which could lead to a tasty finish to the 2019 season.

He doesn't take pitches off. He just doesn't take pitches off. He's on every pitch. If an umpire calls a strike, it's like he looks at the umpire like, that wasn't a strike. But you appreciate a guy that is so invested in every pitch when he gets to the plate, because you see so many hitters throw pitches away. He doesn't throw pitches away. If you strike him out, you really have to work at it. 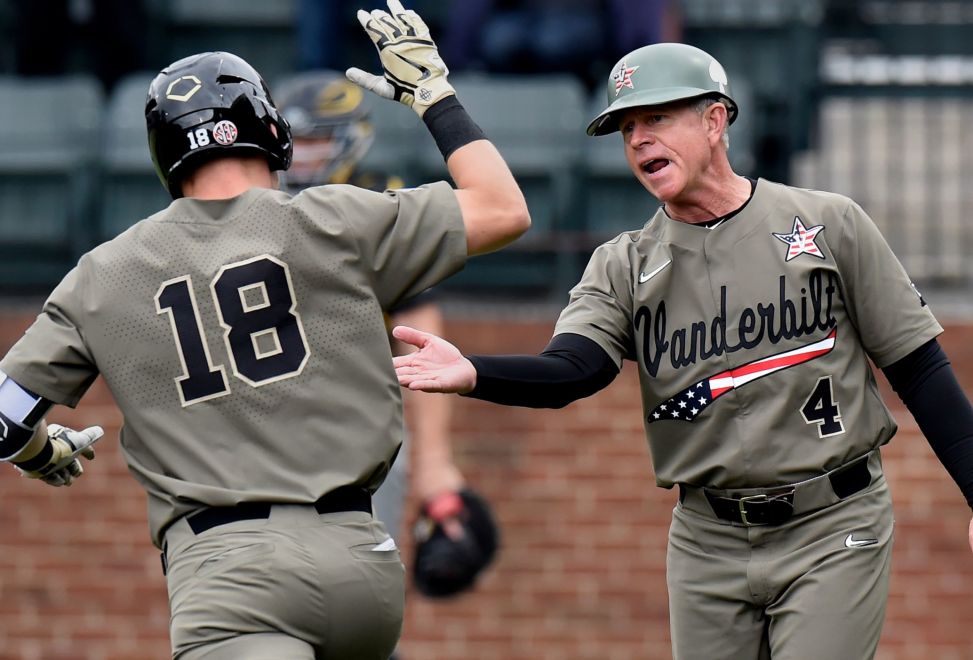 But just like in Hoover, where just last week Vanderbilt celebrated its first SEC Tournament title since 2007, the Dores were quick to recalibrate their focus. Indeed, postseason success at The Hawk is not this team’s driving force; it is another trip to Omaha, which will be the prize if Vanderbilt manages to best Duke in next weekend’s best-of-three Super Regional. That’s why Vanderbilt will lean on the process that got it here in the first place.

It goes back to our training. We just took that time and made sure we utilized that time to get better.

Duvall, on his thoughts after the SEC Tournament win.

Corbin echoed his catcher’s mentality following the NCAA Regional sweep, adding that the Dores have been “knocking on the door” of greatness this season. But Vanderbilt is far from a finished product despite 12 straight wins and 25 of its last 26. That means there is still work to be done, the coach said.

“That’s the thing I remind them all the time,” Corbin said. “We have to get better if we’re going to play deep into the season.”