NASHVILLE, Tenn. — Two former Vanderbilt standouts, John Augenstein and Will Gordon, have been added to the field in the Charles Schwab Challenge as champions choices, the tournament recently announced.

Augenstein, who turned to professional golf in November after competing with the Commodores during the fall season, and Gordon, a member of the PGA Tour and 2019 graduate, are part of a Charles Schwab Challenge tradition that allows former Colonial champions to choose professionals who have never been eligible for the invitational. 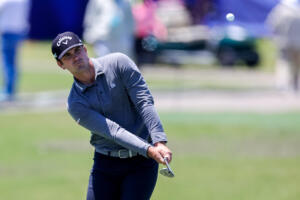 The event is scheduled to begin Thursday at the Colonial Country Club in Fort Worth, Texas.

Gordon, 24, has played in 22 events during this season with his best finish at the AT&T Pebble Beach Pro-Am in February.

Augenstein, 25, competed as an amateur at the 2020 U.S. Open and 2020 Masters Tournament. This calendar year he has competed at PGA Tour events the Valspar Championship and RBC Heritage and also took part in the recent Simmons Bank Open.