Carlson, a rising senior from Lake Mary, Florida, will participate in the Ryder Cup-type format that features the finest collegiate players in the world. Twelve of the best men and women, 24 players total, for the United States will compete against a squad of 24 international collegiate standouts.

Vanderbilt will be well represented at the Palmer Cup. Vanderbilt men’s coach Scott Limbaugh will guide the U.S. men’s team. Three of Limbaugh’s top players at Vanderbilt – John Augenstein, Will Gordon, and Patrick Martin – will compete for the men’s team.

Mixed Four Ball  Friday, June 7
Carlson and Vanderbilt ‘s Will Gordon earned a half point for the U.S. team against the international squad composed of Arizona State’s Alex del Rey and Kent State’s Karoline Stormo, battling back from a 3-down deficit in the final five rounds to tie the match with birdies at the par-5 17th hole and par-4 18th hole.

The Carlson-Gordon tie helped the American squad jump out to a 8-4 lead advantage after the first day of competition. 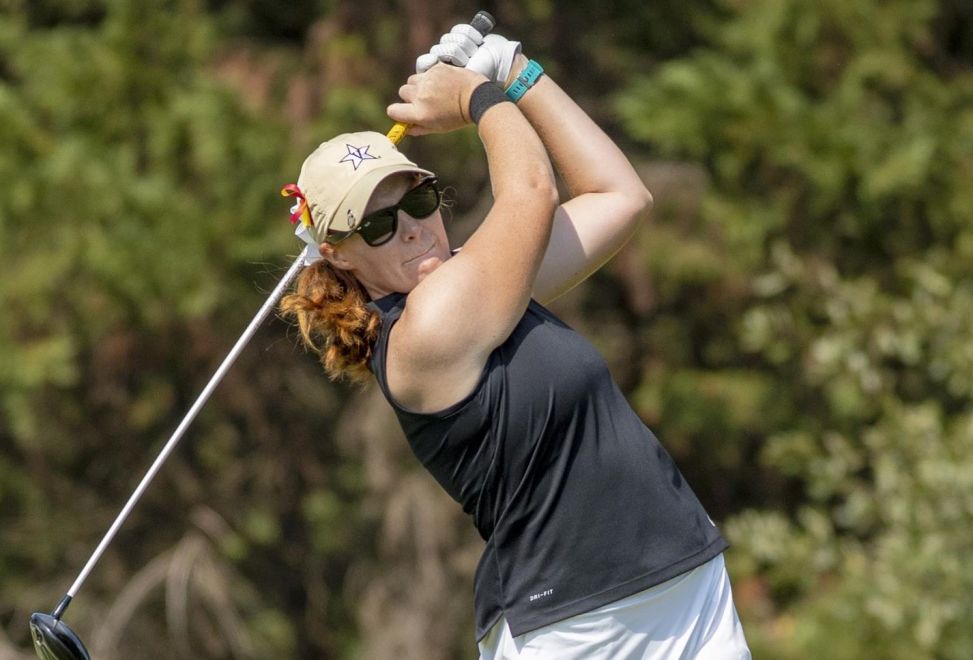 Carlson, named earlier this season to the ANNIKA Award watch list, earned First Team All-SEC this spring after leading the Commodores to the NCAA Championships. She posted a 72.68 stroke average during 31 rounds of competition this year, and captured medalist honors at the Mason Rudolph Championships in September by firing back-to-back rounds of 6-under 66.

Carlson also becomes the Vanderbilt woman to participate in the Arnold Palmer Cup, which adopted a coed format in 2018. 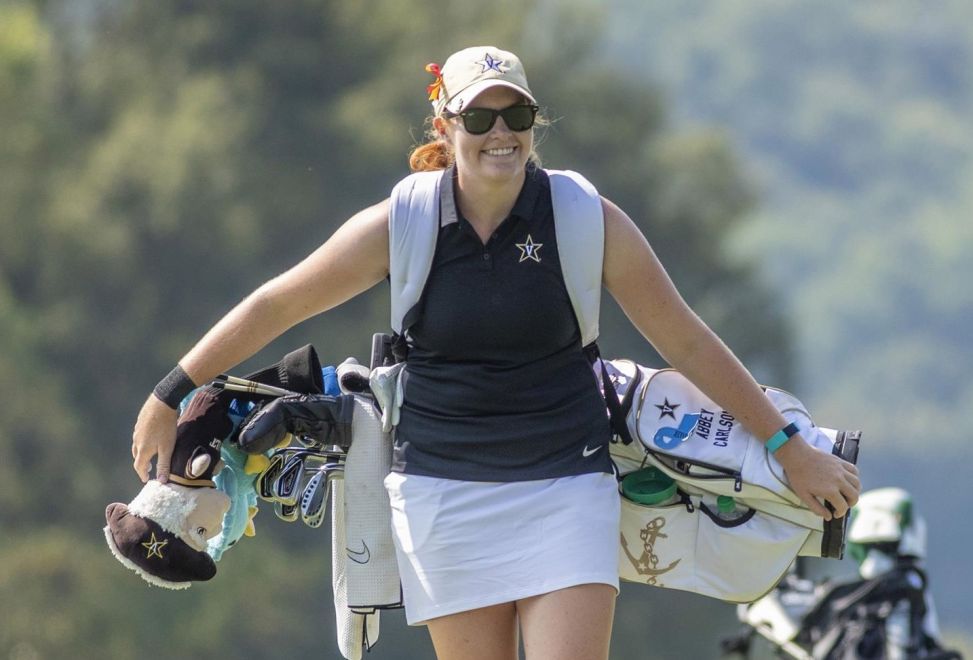 Mixed Four Ball
“Four Ball” play is a match in which each member of the two-person teams plays their own ball. Four balls are in play per hole with each of the four players recording a score on the hole. The team whose player posts the best score on that hole wins the hole. Should players from each team tie for the best score, that hole is halved.

Mixed Foursomes/Foursomes
“Foursome” play is a match in which the golfers compete on a team against two other golfers and each side plays one ball. The golfers play alternate shots (player A hits tee shot, player B hits second shot, etc.) until the hole is played out. Team members alternate on the playing of tee shots, with one golfer hitting the tee shot on odd-numbered holes, and the other hitting tee shots from the even-numbered holes. The team with the better score wins the hole. Should the two teams tie for best score, the hole is halved.

Singles
“Singles” is a match in which one player plays against another player. A player wins the match when the player is up by more holes than there are holes remaining to play.