NASHVILLE, Tenn. — Marcus Buggs has always had an affinity for serving food. But the former Vanderbilt football standout has also known for a long time that, in a competitive food scene like Nashville, something must be done to set yourself apart.

“My wife and I were sitting around one night talking about it and we may have saw an ice cream commercial on TV and I asked her what she would see think if we put chicken in cones? It was a passing thought,” Buggs recalls. “The next day a $30 waffle iron came in the mail that she had ordered. We made our first prototype with that waffle iron.

The results for Buggs – and his new restaurant Coneheads – have been resounding thus far.

It’s almost dinner time in this side! Order & have a seat with us or pick up your phone & get on @ubereats until 9PM. #ConsumeMassQuantities 🔥🐔

Located in the East Nashville neighborhood, Buggs opened his store in 2019 as a venture he didn’t exactly dream of doing eight years ago. It was then that he had hung up his football helmet after a couple seasons in the National Football League with Buffalo and a fall camp with Chicago in 2010.

Buggs returned to Nashville and headed to Madison, Tennessee, where his mother, Carolyn Buggs, owned and operated Cal’s Country Kitchen. He wasn’t quite sure what the next step was in his professional career so he began to help out cooking and managing the popular establishment that has been serving Southern meals since 1997.

Cal’s is generally closed Saturdays, so Buggs took it upon himself to open the doors for brunch. This way he could experiment with new menu items and survey what the public gravitated toward – and what they did not.

“My mom’s kitchen was my laboratory,” Buggs said. “It’s important that you can always be inventive and try to move forward and diverse with your food.

“And then customer service – that’s something that I’ve always taken from being around my mom’s place. Customer service can take you a very long way with people and where they decide to come eat.”

Serving the community, one #CONEHEADS at a time! 🐔🔥#ConsumeMassQuantities

After opening his catering business about three years ago, the Goodpasture Christian School graduate formulated a plan on how to standout in the culinary community of Music City. Combining his experience in the industry and knowledge of the region, which he called, “the land of fried chicken,” Buggs has presented something new and different to Nashville’s food scene.

“We were just looking for a way to differentiate ourselves to kind of set ourselves apart presentation-wise,” he said. “We’ve been pretty well received over here in the neighborhood. That’s just something that we’re constantly out here trying to spread the word and the gospel of Coneheads.

“We’re still teaching people how to eat when they come in, we have community-style tables in the restaurant and we have grommets we’ve drilled into the table so you can rest your cone in between bites. We’ve introduced something new to the city and we’re excited about it.”

Buggs started every game for the Commodores in 2006 as a linebacker and made 50 tackles while leading the team in tackles for loss (10.5). He started his career as a safety after playing running back and cornerback in high school.

In 2009 with Buffalo, Buggs made 21 tackles in five games before a knee injury ended his season. 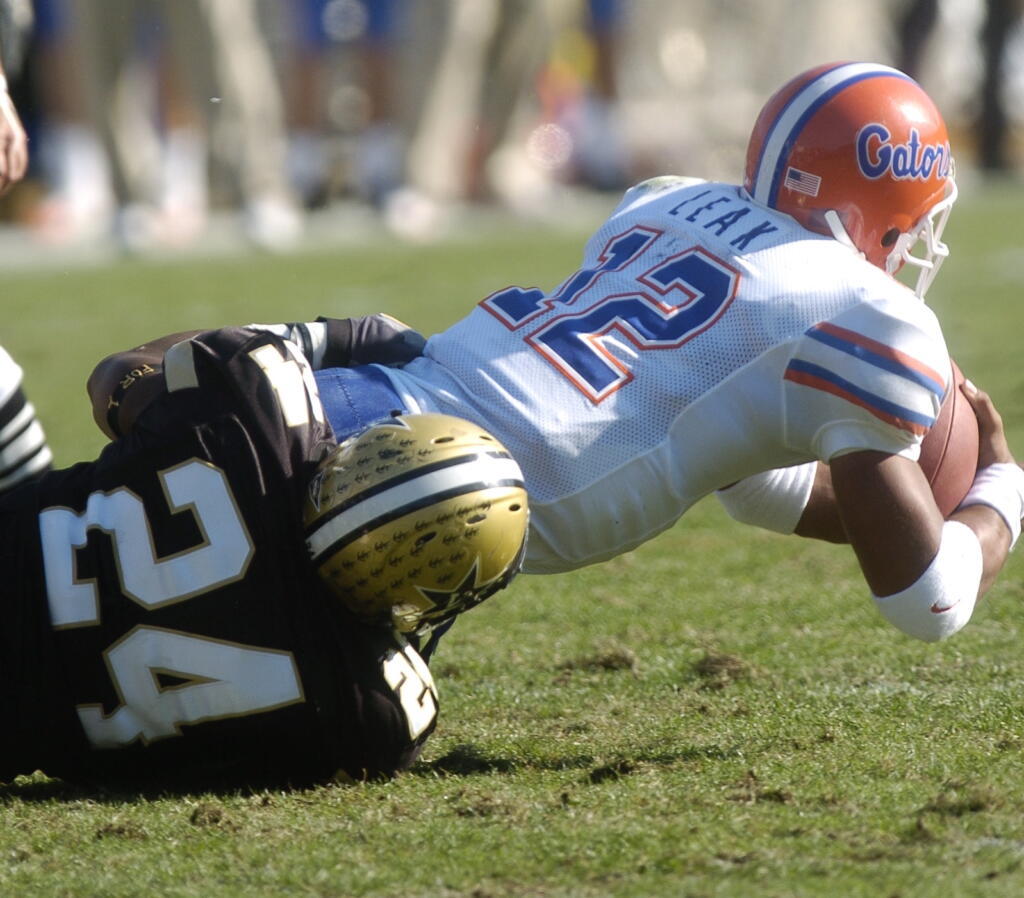 Now a decade after his playing days and 15 years removed from his final game in black and gold, Buggs hasn’t forgotten his time on West End. He still proudly represents Vanderbilt gear in his restaurant and wears the Star V inside the kitchen where he can be found cooking daily.

“Me being from Nashville and having grown up here and being able to play football here in front of the people from here, it always means everything to me,” he said. “If you check out our Instagram or come into the shop you’ll see that we pay homage to Vandy in our murals and our walls. Vandy helped shaped me so there’s a small piece of Vandy in Coneheads, too.”

Thanks to the good folks of BBOLD @bridgestone for having us! Save a plate & let us cater your next event! #ConsumeMassQuantities 🔥🐔