If Martin was nervous for his first at-bat in the College World Series, he did not look it. Instead, he launched a leadoff home run in the bottom of the first inning against Louisville in both teams' openers in Omaha.

Austin Martin admitted to feeling butterflies when he first stepped to the plate at TD Ameritrade Park on Sunday in Omaha, Nebraska.

“I definitely did have jitters,” Martin said. “I felt like anybody would coming into this amazing environment.”

Martin added a two-run dinger in the seventh that helped second-seeded Vanderbilt drop seventh-seeded Cardinals, 3-1, and advance to the winners bracket at the College World Series.

Martin’s heroics set the tone for the Commodores in a tight matchup of postseason play.

The difference for us today [were] the big hits by Marty. He put us on his back a little bit with the leadoff home run through the first punch. Then, certainly, the two-run home run. 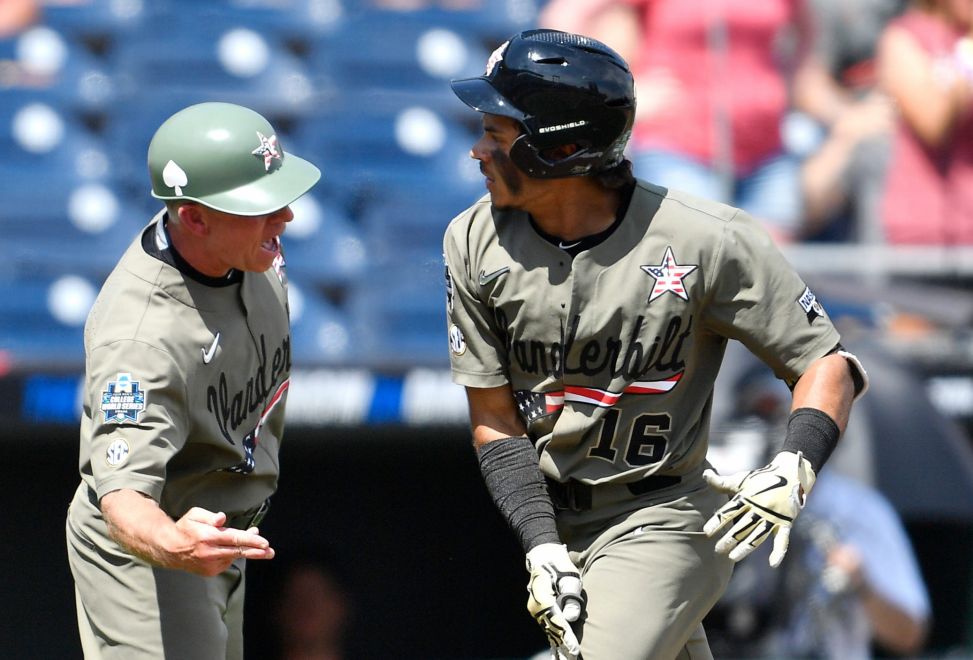 Martin wasted no time in sending the very first pitch from Louisville starter Reid Detmers – the ACC Pitcher of the Year – into the stands. From the jump, the Commodores said Martin’s leadoff homer injected life into the dugout.

That gets everybody going. Everybody in the lineup can do some damage. With Austin to lead off with a first-pitch home run is huge and gives everybody some confidence.

Martin’s hot bat is nothing new, as he was one of the biggest reasons Vanderbilt advanced to Omaha in the first place. In Game 3 of last weekend’s NCAA Super Regional against Duke, he finished 2-for-3 with a pair of home runs in a 13-2 series-clincher over the Blue Devils. Martin is now 4-7 in his last two games, with all four hits going yard.

The sophomore Martin has been one of the most reliable hitters in college baseball. The First Team All-SEC honoree and Baseball America First Team All-America entered Sunday batting a team-leading .410, seeking to become the first Commodore since Warner Jones (2004) to bat above .400 in a season. Martin already ranks fourth in Vanderbilt history in single-season hits and now has 20 multi-hit games in his last 33 appearances. 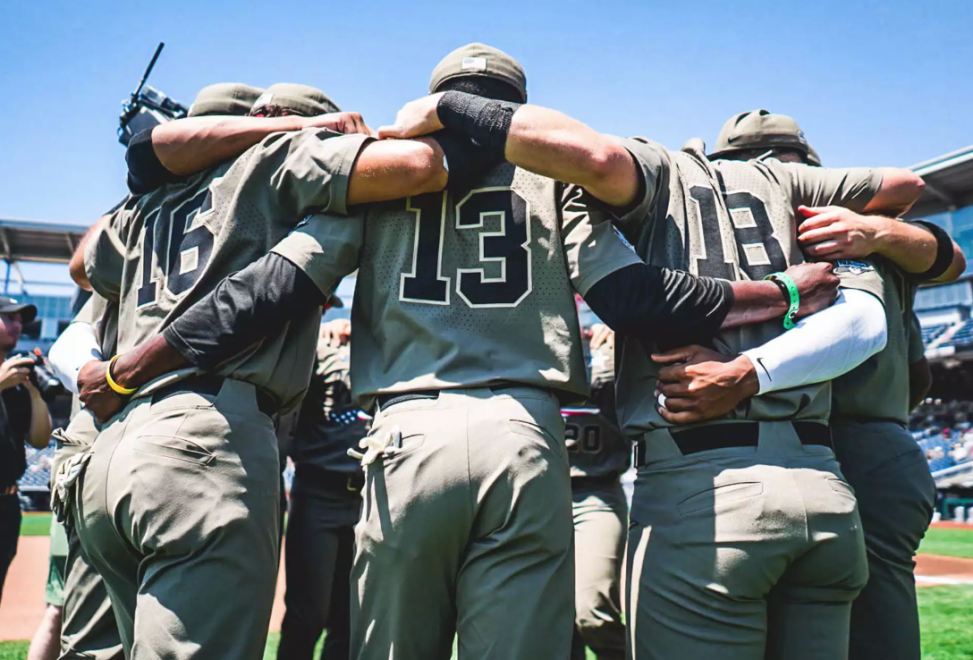 History says Vanderbilt’s opening win could serve as a hint for what’s to come in Omaha. Back in 2014, when the Commodores won their only College World Series title under Corbin, they opened their stint at TD Ameritrade Park with a 5-3 win over Louisville. Today, the rosters are different, but the momentum that surrounds this Vanderbilt team is very much the same.

I don't want to throw the word 'clutch' on him because I think he's so consistent in what he does. It's just game after game, he doesn't take games off, he doesn't take pitches off. He's just a very good focuser, if there's such a thing. He focuses so well from pitch to pitch, and everyone, their goal is to play that way, but he does it. 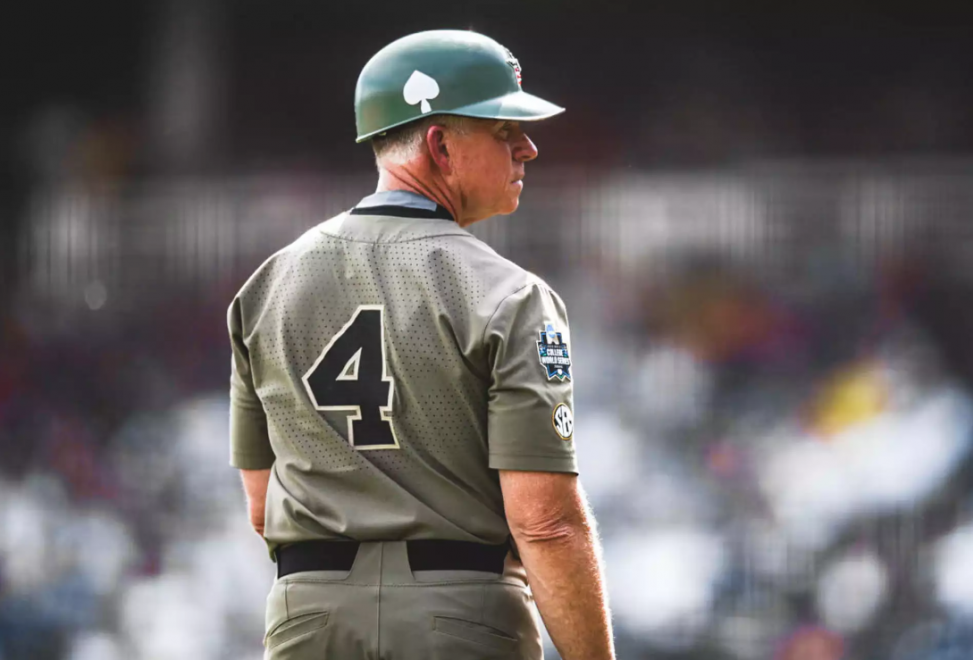 The Dores get to test that momentum on Tuesday, when they face the winner of Auburn and Mississippi State (6 p.m. CT ESPN). Vanderbilt isn’t likely to deviate from the process that got them to Omaha. Ditto for Martin.

“Once again, it’s just not trying to do too much,” Martin said. “I’ve got eight other guys behind me that can swing the bat very well. Fortunately, it just happened to be me today.”