PINEHURST, N.C. – John Augenstein will play for a national championship Sunday and have a chance at the green jacket at the 2020 Masters in April. The rising senior from Owensboro, Kentucky captured his semifinal match at the U.S. Amateur with a 3&2 win over William Holcomb V, pushing the Commodore into the 36-hole final at the Pinehurst Resort and Country Club and reserving a spot at Augusta National Golf Club.

Augenstein will be the second Commodore to play for a national championship, joining former Commodore great Luke List, who played in the 2004 U.S. Amateur final. He will also be the third Commodore to play in The Masters, joining List, who played in the 2005 Masters as an amateur, and Brandt Snedeker, who has played 11 times at Augusta National with one of those appearances coming as an amateur in 2004.

Augenstein’s match with Holcomb V was not an easy one. Augenstein trailed for the first time in match play the entire week after going 1-down on the third hole, but quickly recovered by winning the fourth hole to tie the match and then claiming holes six and seven to take a 2-up lead, an advantage he would never relinquish. Holcomb V cut the lead to 1-up on the ninth hole, and after four consecutive halved holes, Augenstein claimed the 14th and 16th holes to win the match 3&2.

“It was a really tough day out there, and of course I knew it was going to be, just dealing with the normal nerves of being in the semifinals of the U.S. Amateur,” said Augenstein. “And then also not

knowing — I didn’t know anything about my opponent, and not that it matters too much, but it’s kind of almost a wild card. You have idea kind of what he’s good at, what he’s not good at, do I give him some putts, do I not. So just having to figure those little things — those things being unknown to me are not normal. Usually at this stage you know everybody you’re playing against. So it was a tough day, and physically I wasn’t as strong in my ball-striking, but I chipped and putted very well.”

Live television coverage begins at 2:30 p.m. CT on Fox. Live stats can be found on usamateur.com. 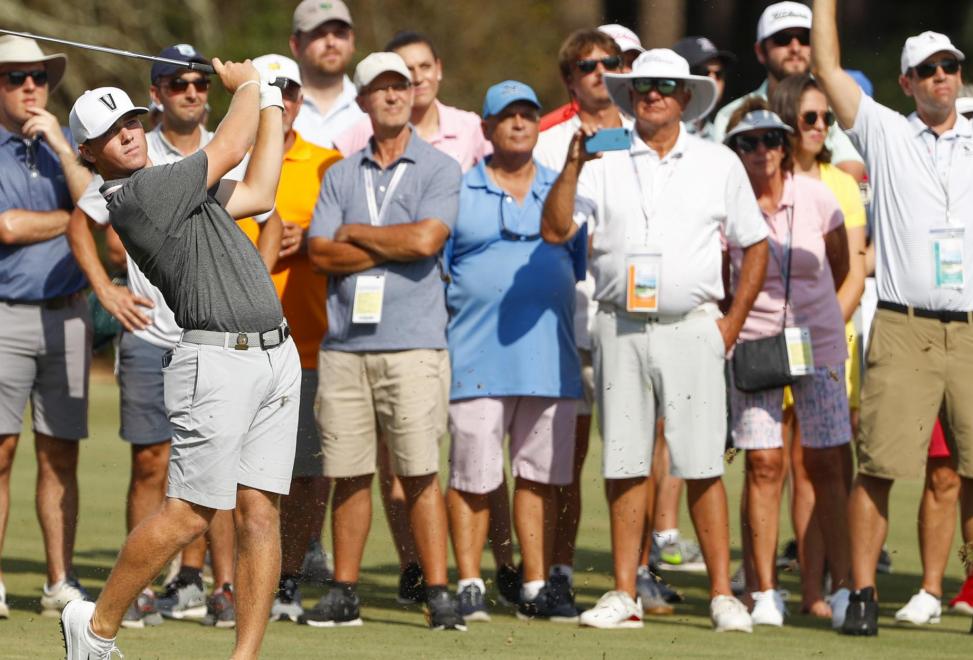