NASHVILLE, Tenn. — Seven games into the 2021 season the Vanderbilt lacrosse team has learned an awful lot about itself.

Riding a three-game winning streak into the start of American Athletic Conference play, Vandy’s only defeats are to No. 1 North Carolina and No. 2 Notre Dame. The Commodores also have a victory over Colorado – ranked No. 24 at the time.

“We saw the best. We saw what the best looks like right now. That’s something we look up to and want to be,” Vanderbilt junior attacker Maddie Souza said.

Vanderbilt has found success this season by sharing the ball and forcing turnovers. Head coach Beth Hewitt’s squad rank’s 10th nationally with 7.6 assists per game and is 16th in the country with 10.4 caused turnovers per contest.

The Dores also make their chances on goal count with a 47.1 shot percentage – that ranks 18th nationally.

“I think what’s really special about our offense this year is that everybody does something and does something really, really well,” Souza said. “Everybody is participating and girls are coming off the bench and kicking butt too. It’s all added up to wins for us.”

Led by senior Gabby Fornia, who has the most assists in the country with 22, and goalie Paige Gunning, whose 67 saves is the third-most in Division I, Vanderbilt will embark on a unique conference slate starting this weekend. 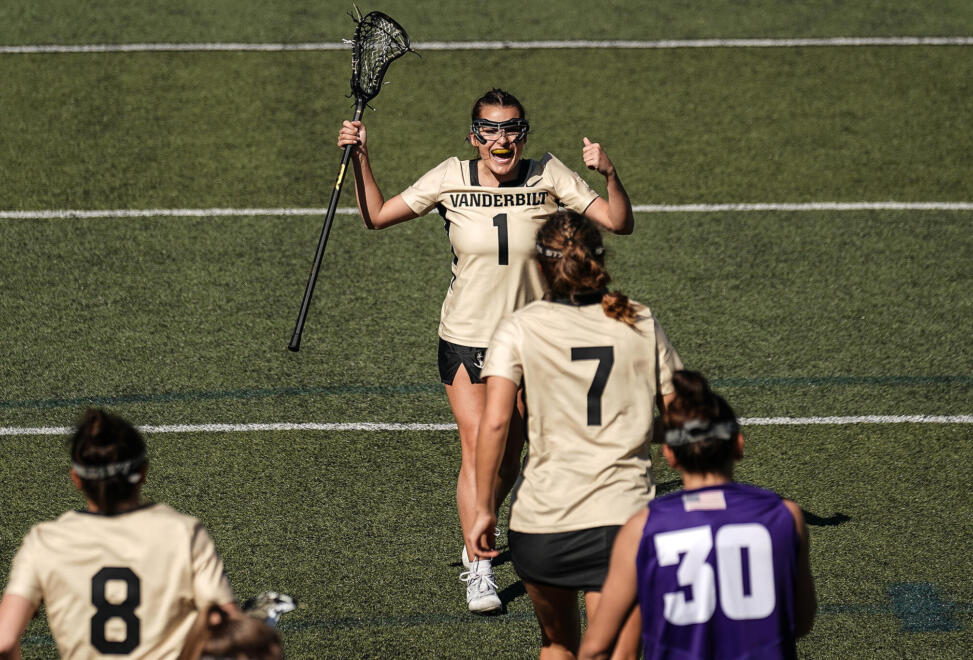 Vandy is scheduled to play 10 AAC contests split into five, two-game series. Three of those series are on the road starting with a trip to Cincinnati where Vanderbilt plays the Bearcats at 3 p.m. Friday then again at 11 a.m. Sunday.

Vanderbilt’s first four league games are away from Nashville and the Commodores also have to play at league rival Florida in April. The AAC Tournament is scheduled for May 6-8 in Gainesville, Florida. 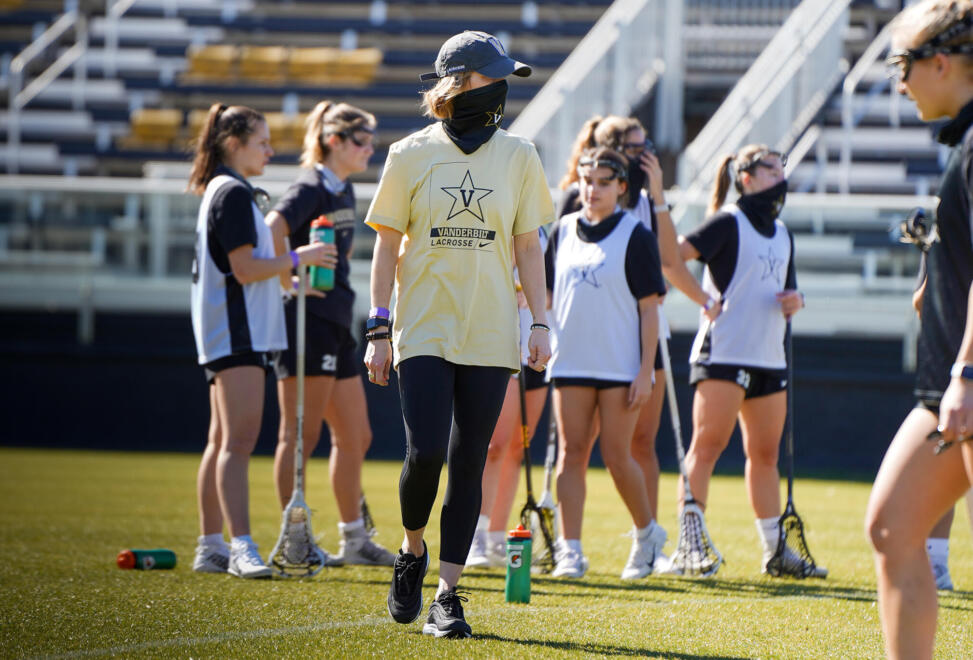 “Kind of looking forward to it. It’s a chess match,” Hewitt said. “What do you play Friday that you might not do on Sunday and kind of switch it up a little bit? We’re just excited to be playing games and have so many of them that at this point if they tell us to play at midnight we will.

“We’ve just got to be more consistent. We’ve had some incredible moments and we’ve had a few games this year where in 45 minutes it was some of the best lacrosse we’ve played. Then we’ve kind of settled and we don’t finish it off. That’s been kind of the M.O. this year is we’ll get a fast start and we’ll do great and then we’ll just fizzle out a little bit. We want to keep that bar set pretty high for 60 minutes and just be more consistent.”

Cincinnati (4-2) comes into the weekend riding a three-game winning streak of its own. The Bearcats earn 15.5 draw controls per game and have beaten Vandy twice in four meetings all-time in the Queen City.

“Playing them on their home turf is automatically a little difficult,” Souza said, “But as we’ve talked about before we just have to take each game one game at a time and go in there and completely wipe the slate clean on the second game and restart.”