Vanderbilt Golf Camp is designed to accomplish two things: to have fun and become better golfers.

Campers will receive instruction from the Vanderbilt men’s and women’s golf coaches on basic golf fundamentals, skill and technique, course management, rules and etiquette. Campers will have the opportunity to apply what they learn at camp as they compete against each other in team competitions and one-on-one competitive golf situations.

The camp is open to all boys and girls of any skill level (limited only by number, age and grade level).

Price includes lunch on June 25 and 26, golf activities and a camp amenity package. Each student is evaluated at the
beginning of camp to ensure that juniors of similar ability are grouped for instruction geared to their needs with student/instructor ratio of no more than 6:1.

Men’s head coach Scott Limbaugh has lifted the Vanderbilt golf program to new and unprecedented heights in his nine seasons with the Commodores going into the 2021-22 campaign. 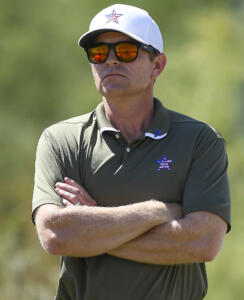 The 2020-21 season saw Limbaugh named the Southeastern Conference Coach of the Year – the third time in five years Limbaugh has been bestowed the honor. Vandy, under Limbaugh’s guidance, beat Tennessee, Alabama and Arkansas, respectively, in match play to win the 2021 SEC championship on St. Simons Island.

In Kingston Springs at the Golf Club of Tennessee, Limbaugh led Vanderbilt to its first NCAA Regional championship in program history.

Vandy advanced to the 2021 Elite Eight at the Grayhawk Golf Club in Scottsdale, Arizona, marking the fifth time in six years under Limbaugh that the Dores advanced to that stage of the NCAA Tournament. Vanderbilt finished ranked inside the top 10 nationally for the seventh season in a row.

Since his arrival prior to the 2012 campaign, Limbaugh has established himself as one of the nation’s preeminent coaches. He has mentored six first-team All-Americans, nine Palmer Cup selections, a Walker Cup member and 20 All-America selections all while garnering seven consecutive NCAA Regional bids and six consecutive NCAA Championship appearances from 2014-19 for the first time in program history.

For Greg Allen, who is considered one of the outstanding collegiate golf coaches in the NCAA, the 2021-22 season is his 15th at the helm of the Vanderbilt women’s golf program. 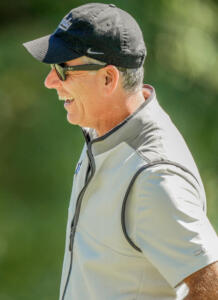 Allen has made a big impact at Vanderbilt, leading the Commodores to 12 postseason appearances. Allen’s Commodores have been to 12 NCAA Regional Championships and advanced to five consecutive NCAA Championships from 2010-2014 for the first time in program history.

Following the 2018-19 campaign, Allen recognized as Southeastern Conference Coach of the Year, the first such recognition in his career, after guiding the Commodores to a program-record six victories. The 2019 postseason was highlighted by winning the NCAA Auburn Regional Championship in early May, which propelled Allen’s nationally-ranked Vanderbilt squad into the NCAA Championships.

Allen has guided the Commodores to 14 tournament titles in his tenure on West End, including a pair of NCAA regional crowns.

Gator Todd joined the Vanderbilt men’s golf program as an assistant coach in 2017.  The 2021-2022 season will be his fifth in Nashville. 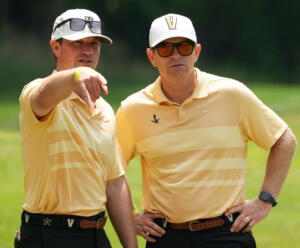 From 2010-2015 Todd competed in more than 75 professional events in the United States, Europe and South America.  Todd earned 17 top-10 finishes during that time on the NGA and EGOLF Tours. In 2011 Todd advanced to The Final Stage of PGA Qualifying school after finishing tied for second at the second stage of PGA Tour Q School. He went on to earn conditional status on the Nationwide Tour for the 2012 season.

While competing as a professional, Todd was based and experienced high-level instruction at The Sea Island Golf Performance Center in St. Simons Island, Georgia.

Todd played college golf at the University of Alabama under head coach Jay Seawell from 2004-2008. Todd was a First Team All SEC Selection while notching 14 top-10 finishes in 44 tournaments, highlighted by a career low round of 64. Todd played in three NCAA Championships and, in Todd’s senior season, the Tide won the 2008 SEC Championship for the first time in more than 30 years and earned the programs first ever season-ending No. 1 national ranking.

The 2021-22 season is the sixth season on West End for Emilie Meason. She was promoted to associate head coach after helping the Commodores advance to the 2019 NCAA Championships. 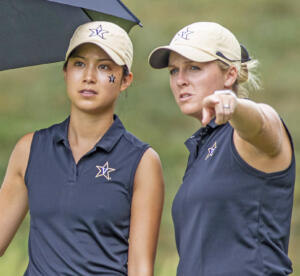 Meason’s importance to Vanderbilt’s success during the 2018-19 campaign was acknowledged by her peers when she was named Assistant Coach of the Year by the Women’s Golf Coaches Association.

Once a camp begins, money will not be refunded unless extenuating circumstances are approved by the Vanderbilt Athletics department administration.

Vanderbilt Athletics Camps strives to maintain a fun and safe environment for all participants. Positive reinforcement is the preferred approach to discipline and all counselors strive to meet that goal. In keeping with our program goals, we encourage fun for all of our participants; however, certain rules are necessary to ensure everyone’s safety and enjoyment. Campers are expected to exhibit appropriate behavior at all times.